6:13 AM 12/28/2017 – The name of the supermarket, “Perekryostok” means “The Crossroads” and it is symbolic. The simplicity and the ease of the execution of this act are shocking…
Also, note that the place of the “accident” is near the “Museum of the Soviet Epoch” at the “Gigant Kholl” – “The Hall of Giants”, on the “Labaratornaya ulitsa” – the “Laboratory Street”.
Are the Leftists-Antifas, and the Asian “guest workers” among the suspects?
M.N. 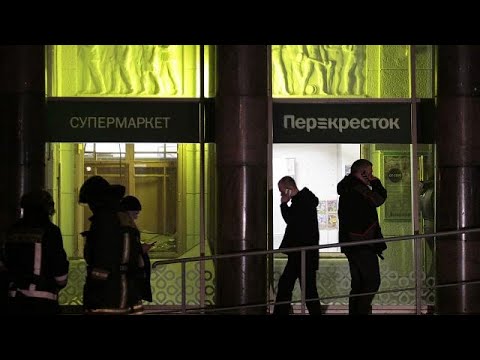 Officials Investigating Blast That Injured At Least 10 In St. Petersburg

RadioFreeEurope/RadioLiberty–14 hours ago
Footage on social media shows multiple police vehicles, ambulances, and fire engines outside the Gigant Hall leisure center, where the supermarket is located on the ground floor. “There was a bang. Emergency personnel are already on the scene. The evacuation has been completed, and there was no …

Daily Mail–18 hours ago
The Perekrestok supermarket is located on the ground floor of the Gigant Hall leisure center, in the northwest part of St Petersburg. ‘There was a bang. Emergency personnel are already on the scene. The evacuation has been completed, and there was no fire,’ a local Emergencies Ministry official told news …
Casualties reported following St Petersburg store explosion
International–TASS–17 hours ago
View all
_____________________________________
See also:
Moscow bus – GoogleNews