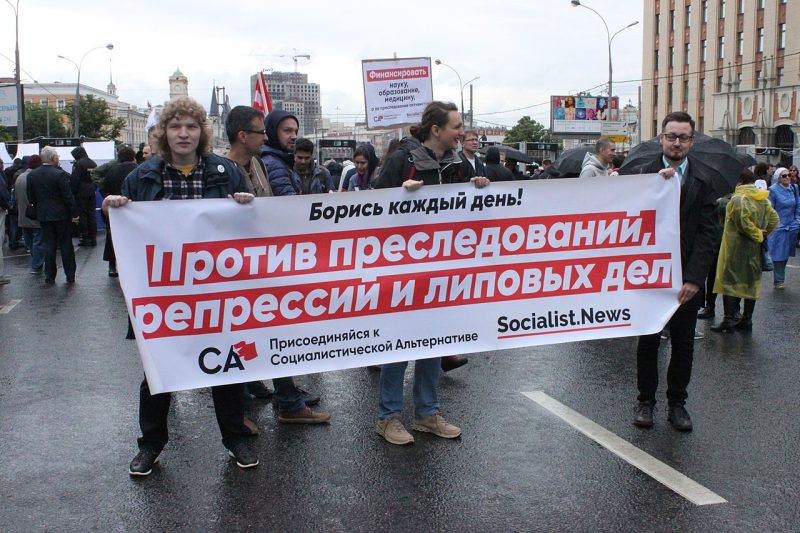 On October 31st, a seventeen-year-old suicide bomber set off an explosive in the FSB (the Federal Security Service, Russia’s primary domestic intelligence agency) building in Arkhangelsk, Russia — killing themselves and injuring three more. The act was allegedly in reaction to the existing persecution of leftist activists by the government, and has led many to fear fierce repercussions for left-wing groups in the country.

Just minutes earlier, a message appeared in a Telegram chat channel for Russian anarchists. It read “Comrades, the FSB building in Arkhangelsk is about to be hit by a terrorist attack, which I will claim responsibility for. The reasons are perfectly clear to you all. Since the FSB has crossed the f***g line, fabricating cases and torturing people, I’ve decided to go for it…I wish you all a glorious anarcho-communist future!”

Two days later, an even younger teenager was arrested in Moscow after an improvised explosive device was discovered in his apartment. Police allege that this suspect had previously been in contact with the Arkhangelsk bomber. If the Telegram message (allegedly from the bomber) is to be believed, the FSB’s actions motivated the two teenagers to extremist action.

For just over a year, the FSB has been arresting anarchist and antifascist activists as part of the “Network” case. According to the FSB, the suspects are part of a terror group known as “The Network”, with cells all over the country planning to carry out terrorist attacks, including during the World Cup.

Those arrested, however, paint a different picture, one of coerced confessions and torture ranging from suffocation by plastic bag and being beaten with tasers and stun batons. They believe they are being singled out for their leftist views and are being charged under fabricated pretenses. Other left-wing activists have also reported increased government scrutiny as the Network case continued to grow.

The FSB hasn’t limited these tactics to explicitly left-wing circles either. Around the same time that the Network case was taking off, the FSB alleges that it discovered and disbanded another underground extremist group called “New Greatness”. They claim that New Greatness sought to violently overthrow the Russian government, pointing to oppositional literature found at the suspects’ homes and chat logs obtained from Telegram. The so-called movement originated on Telegram, where the suspects, mostly teenagers, met to discuss their oppositional political views.

The suspects claim that this was merely a social group that attended other political rallies and actions. Some reports suggest that the FSB created the group in the hopes of luring and entrapping Russians with views contrary to the current Russian government.

With both these cases being publicized at the same time, public outcry grew. The parents of those arrested in the “New Greatness” case organized a march in Moscow, and spontaneous rallies and pickets in support of “Network” and “New Greatness” defendants have been ongoing. It would seem that this increased uptick in publicity and outrage may have pushed the two anarchists in Arkhangelsk and Moscow into taking more serious action: planning and carrying out bombings.

Russian leftists are split over this tactic, but most are in agreement that this could set off another round of repression. Sergei Udaltsov, the leader of Left Front, a leftist organization with close ties to the Communist Party of the Russian Federation, tweeted:

A 17-year-old technical school student who considered himself an anarchist blew himself up today at the FSB’s Arkhangelsk regional office. Now the authorities have wonderful grounds for starting new persecutions and increasing scrutiny of oppositionists. It looks like a planned-out setup…

Left Block, a small leftist group oriented towards direct street action, also doubted the veracity of the claims that the Arkhangelsk bomber was indeed an anarchist. In a post on VKontakte, the most popular Russian social network, the group continued by denouncing the use of terror, citing a long tradition of left-wing terrorism and its questionable efficacy.  As for the potential repercussions, the group took a more “optimistic” approach, saying:

We live in a word where torture and repression have become an everyday occurrence, where you can go to jail for a like, where federal jailers can create total hell for prisoners. And nothing will happen to them because of this. What more f***g “repression” do you need?

This optimism may be short-lived. Shortly after the Arkhangelsk bomber was allegedly identified, a journalist reached out to someone on social media under the same name. The police immediately set out to question him. Though the journalist was once involved in the antifascist movement in the Arkhangelsk region, he stressed that he hasn’t been back there in years, and only wrote to the suspect to verify if he had found the correct profile. Around the same time, a socialist in the city of Perm received a phone call from the FSB, saying they needed to speak with her about the Arkhangelsk bombing. She rejected their invitation:

I’m not going to them. It’s very late in the evening where I am now, and I have the right to relax. They’ll come to me. I hope they’ll just tell me I don’t have to blow up the Perm FSB office. I wasn’t planning on it anyway.

A similar situation played out with a member of “The Other Russia” (a conservative party of self-proclaimed socialists with an emphasis on ethnic Russian nationalism and nostalgic imperialism), who reported being called by an investigator who wanted to know his views on what happened in Arkhangelsk. In another event seemingly unrelated to the bombing, an activist in Tver was approached by an FSB officer. The activist claims the officer suddenly got into his car and suggested they start cooperating. After refusing, the officer threatened to charge him for participating in the unfurling of a banner that read “Take the FSB to court.”

Leftist chat groups on Telegram are still abuzz with news of the attack. These chat groups are fully open to the public; one doesn’t even need to formally join to be able to read discussions. Several members reminded others to operate on the assumption that the police were already in the chat.

Some lauded the bomber’s efforts. Pictures were uploaded honoring him. Other users called for more extreme action. A few trolls popped up sporadically expressing their wish to see everyone there behind bars. Even non-leftist chat groups are on notice, as several participants of libertarian chats reported being questioned by police after the bombing.

Regardless of whether or not this will reignite sweeping arrests as with the Network and New Greatness Cases, Russian activists of all stripes should be wary of posting potentially incriminating material online, and be vigilant about being associated with the terror attack.

Already, prominent TV host Vladimir Soloviev, known for his pro-Putin views, blasted opposition journalists and politicians, casting the blame for the attack on them, saying “They aren’t people, they’re rats.” The fact that these journalists, not anarchists or socialists by any means, are being unfairly slandered and associated with the attack could indicate that the prevailing mood will soon mean more persecution for any opposition figures and activists. 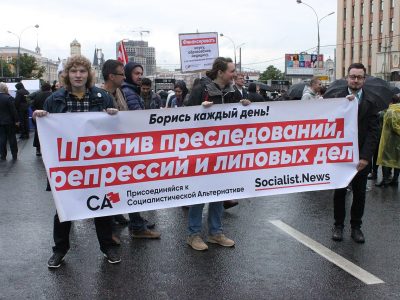