Listen to this article
The Taliban officially has confirmed it will attend a multilateral meeting hosted by Russia to discuss Afghanistan.
But a spokesman for the insurgent group clarified Tuesday its delegates will not engage in any Afghan peace and reconciliation talks at the Moscow gathering.
Zabihullah Mujahid said a high-ranking delegation from the Taliban’s Qatar-based office will travel to the Russian capital to “partake” in the Friday meeting.
“This conference is not about negotiating with any particular side, rather it is a conference about holding comprehensive discussions on finding a peaceful solution to the Afghan quandary and ending the American occupation,” Mujahid asserted.
Moscow has invited 12 nations and the Islamist Taliban to the meeting. The United States and the Afghan government have both turned down the invitation. Pakistan, Iran, China, Tajikistan, Uzbekistan and Turkmenistan are among the expected participants.
While Afghan government officials will not be in attendance, the country’s High Peace Council (HPC) has already announced it will send a delegation to the conference in the Russian capital. The council of politicians, religious leaders and elders, is overseeing peace efforts with armed opposition groups, including the Taliban.
But the Taliban has long refused to hold direct talks the Kabul government and HPC, dismissing them as “American stooges.”
This would be the first time the Taliban attended a Russia-organized meeting on Afghanistan, underscoring Moscow’s increased contacts with the Islamist insurgency and active involvement in the turmoil-hit country.
“Every side and individual will articulate their views and policy in this regard and the representatives of the Islamic Emirate will also give a detailed speech and clarify their views and policy about all aspects of the issue including restoring peace and security to our beloved homeland and the region as well as ending the American occupation,” Mujahid said.
Tuesday’s statement by the Taliban defuses the hype around the Russian meeting, analysts say, because the insurgent group has already held two rounds of direct talks with the United States in recent months.
The latest meeting took place last month with newly appointed special envoy for Afghanistan’s reconciliation Zalmay Khalilzad leading the U.S. team.
Tuesday in Kabul, Afghan President Ashraf Ghani drew a distinction between the peace efforts the United States and Moscow are making.
“The efforts of Ambassador Khalilzad are supportive. The distinction is that the U.S. always talked, but not negotiated. That principle has been reiterated and reaffirmed,” Ghani explained when asked whether his government was satisfied with international peace efforts.
“The model of cooperation regionally is what happened in Uzbekistan, where the conference is jointly co-chaired and we move forward on that basis,” the Afghan leader said while indirectly responding the upcoming Russian conference.
Neighboring Uzbekistan hosted with Afghanistan the international conference of 20 nations and international organizations in which Russia, Pakistan, the United States and Iran were among the participating nations. But the Taliban turned down an invitation to attend the meeting. 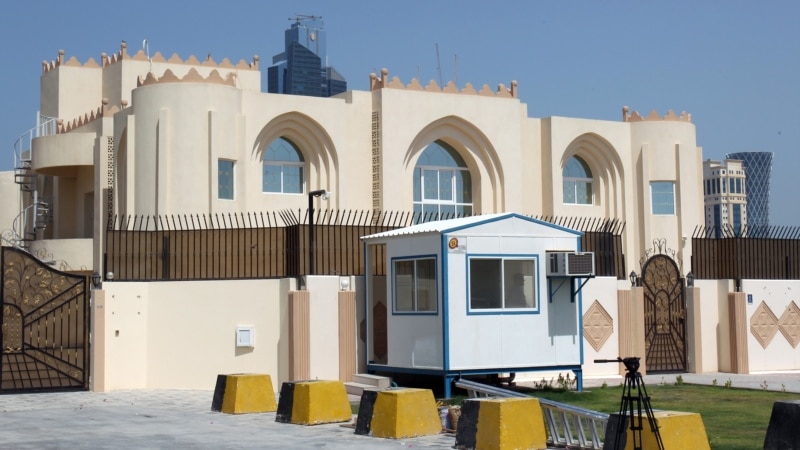