Listen to this article
The U.S. Federal Aviation Administration issued an emergency airworthiness directive on how to handle erroneous data from a sensor that investigators believe malfunctioned on a new Boeing jet that plunged into the sea in Indonesia, killing all 189 people on board.

The directive gives regulatory weight to a safety bulletin that Boeing sent to operators of its 737 MAX 8 and MAX 9 planes based on findings from the ongoing Indonesian investigation into the Oct. 29 crash of a Lion Air jet. FAA directives are usually followed by other airline regulators internationally.
Bad data from sensor
The FAA said erroneous data from the “angle of attack” sensor, which helps prevent the plane from stalling and diving, could cause flight crew to have difficulty controlling the airplane and lead to “excessive nose-down attitude, significant altitude loss, and possible impact with the terrain.”
The directive instructs airlines to make specific changes to flight manual procedures for responding to the problem. Boeing’s bulletin said it was directing flight crews to existing guidelines.
Indonesian investigators on Wednesday said the sensor was replaced on the Lion Air plane the day before its fatal flight and may have compounded other problems with the aircraft.
New 737 MAX 8
The 2-month-old Boeing 737 MAX 8 crashed into the Java Sea 13 minutes after takeoff from Jakarta. Both that flight and its Oct. 28 flight from Bali to Jakarta had erratic speed and altitude shortly after takeoff.

Indonesia’s National Transportation Safety Committee earlier this week announced the plane had a malfunctioning airspeed indicator on its last four flights, based on analysis of the flight data recorder. Chairman Soerjanto Tjahjono said the airspeed indicator and sensor problems are related.

On that Oct. 28 flight, from Bali to Jakarta, the pilot’s and copilot’s sensors disagreed by about 20 degrees. The plane went into a sudden dive minutes after takeoff, from which the pilots were able to recover. They decided to fly on to Jakarta at a lower-than-normal altitude.

On the fatal flight, the plane hit the water at very high speed after the flight crew had been cleared to return to the airport several minutes after takeoff.

“The point is that after the AOA (sensor) is replaced, the problem is not solved but the problem might even increase. Is this fatal? NTSC wants to explore this,” Tjahjono said.

Airline safety experts said pilots are trained to handle a plane safely if those crucial sensors fail and backup systems are generally in place as well.

There are audio signals and physical warnings that can alert the pilot to malfunctioning equipment or other dangers, said Todd Curtis, director of the Airsafe.com Foundation. 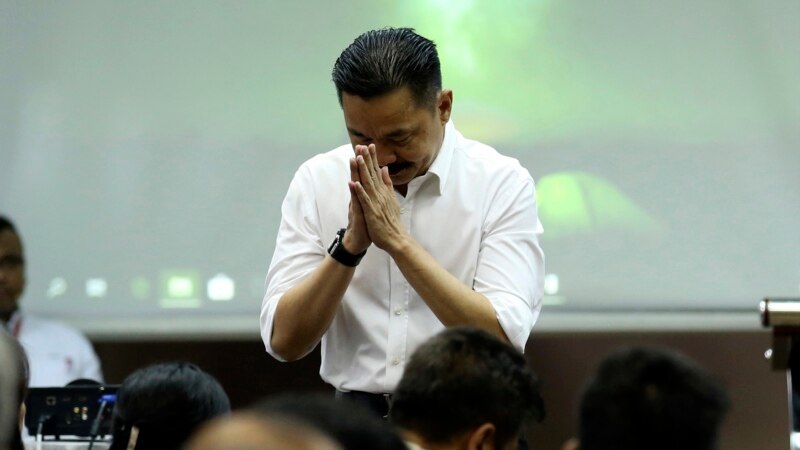