Activists and homeless people have created Okupa Casa Cadiz inside 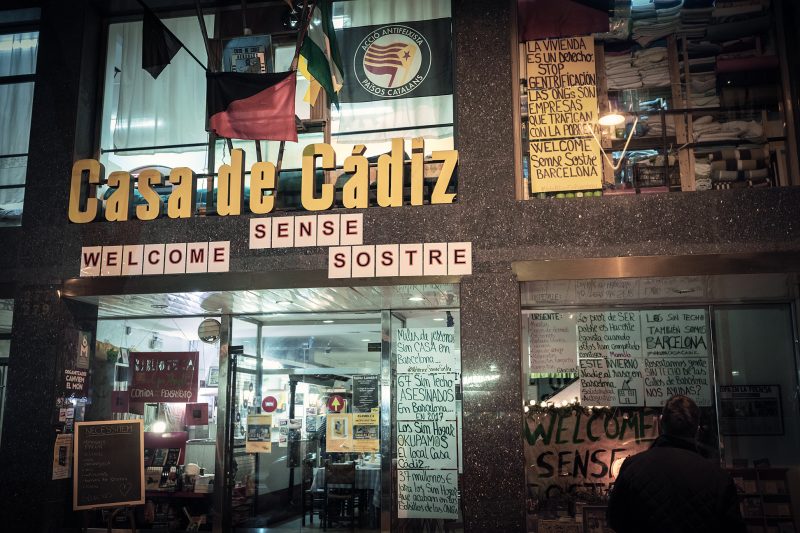 Formerly the cultural center of the Andalusian city of Cádiz, the building had been abandoned for 10 years when its current residents occupied it November 2019. The place is now called Okupa Casa Cádiz — and it’s more than just a shelter. It hosts painting workshops, free Spanish and Catalan classes for refugees and migrants, “philosophy cafes” with group readings, and music concerts.

Refugees, migrants, pensioners, and whole families who cannot afford the expensive rents in Barcelona live here, where they all manage the household’s chores and activities.

On his YouTube channel, Largarder Danciu, a resident and a fierce advocate of the project, says that the participants would like to improve their current economic situation, and projects such as this can help them.

The Okupa Casa Cádiz has complex and numerous challenges, nonetheless. The police came once to stop improvements following complaints by neighbors, and a second time after the city hall of Cádiz formally denounced the squatting. Cádiz’ mayor, José María González, known as “Kichi“, faced some criticism for that, as he presents himself as an anti-capitalist and an advocate against evictions.

Of all the challenges the project faces, the most critical is the fact that the Cadiz municipality has put the house for sale. In January, after protests, they offered the current residents a temporary concession.

But they are skeptical of Cádiz’ offer because it requires them to open a legal association. This makes them feel “controlled,” as Danciu explained to newspaper La Voz de Cádiz.

The Okupa’s residents are pushing for new terms, and they want two associations — the National Andalusian association, which is a civic and cultural organzation devoted to promote Andalusian culture and the Carpa association, a network of artists working to promote and create cultural and artistic spaces  — to mediate the negotiation with the Cádiz government.

However, the spokesperson of the Cádiz government, Ana Fernández, told local newspaper La Vanguardia that “given its economic situation, the regional government of Cádiz can’t pass up the income that would come from [the sale of] a site with these characteristics.” 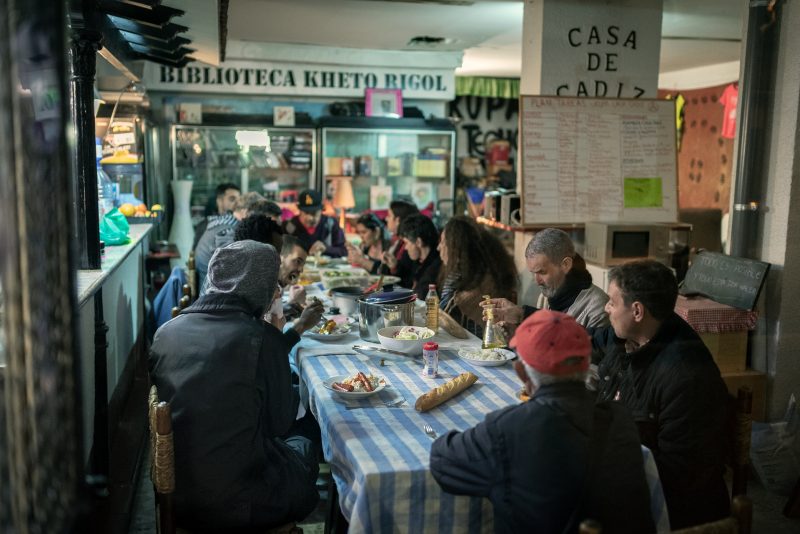 The word okupa is widely used in Spain and some Spanish-speaking countries to refer to occupations of abandoned lots and buildings without the owner’s permission and with the intention to turn them into affordable residences or spaces of sociability. In English, this is commonly known as “squatting.”

While the unlawful occupation of idle property has existed throughout history in different cultures, it is believed that the okupa grew into a coherent social movement in Spain in the 1980s.

Usually, the primary purpose of squatters is to respond to economic difficulties, but they also denounce real estate speculation and private property laws.

In addition to these issues, Okupa Casa Cádiz is also particularly concerned about what they call “privatization of social services.” In Barcelona, the government outsources social services such as home care –through which people with disabilities or important physical conditions are attended in their homes– and social emergency care –that attends, for example, senior citizens or homeless people that have suffered from accidents or people in urgent need of shelter– to private companies.

On an interview, Lagardier criticizes those companies, saying they “make a business out of poverty.”

Okupa Casa Cádiz‘ webpage shows the activities as well as how they manage their budget.

The members do regular chores like cooking, cleaning, and laundry. A committee of residents awards points to those who complete them and that allows them to continue their stay. In the image that can be seen inside the tweet there’s a task schedule:

Participation in household chores is very important at #OkupaCasaCadiz. Building habits and making homeless people feel like the project is theirs. Institutions treat us like we’re incapable of doing anything. pic.twitter.com/md2kqnfqma

Other people involved in the project help residents organize initiatives such as book readings as well as artistic and therapeutic workshops:

Besides offering Catalan and Spanish language classes, they also hosts concerts of alternative music, like the one they held on March 23 with the hip hop duo “No Somos tu Rollo” (We’re not your problem).

Their crowdfunding space on GoFundMe has raised 3,400 euros out of a goal of 7,000, and they have also received help from the neighborhood. 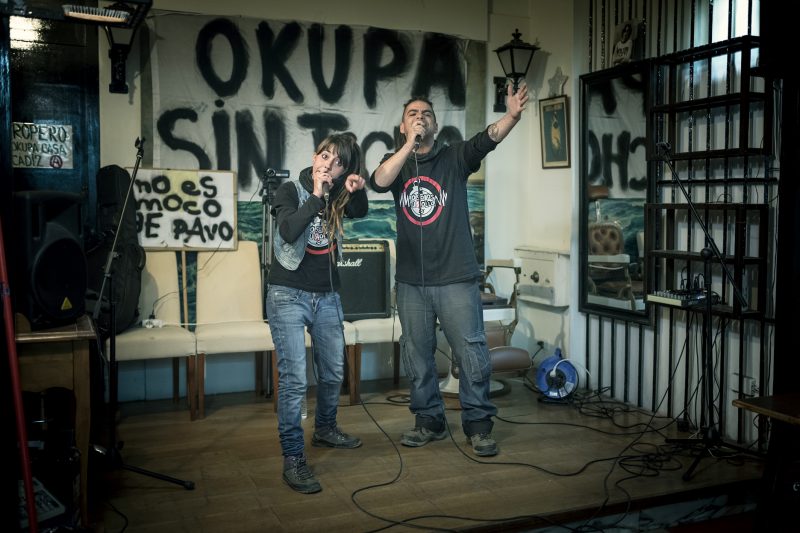 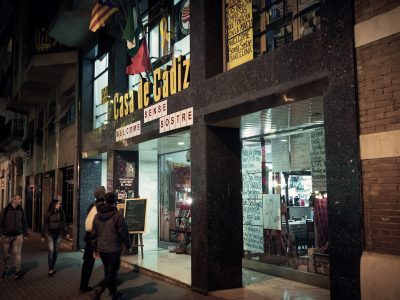