Global wine output rose to near-record highs in 2018 after a sharp rebound from a poor harvest the previous year, though consumption stopped growing, the International Organization of Vine and Wine (OIV) said on Thursday.
After a 60-year low in 2017, when production was dented by extreme weather in Europe, including drought and storms, world output rose 17 percent last year to 292.3 million hectoliters (mhl), the OIV said.
The growth was driven by steep rises in Italy, France and Spain — three of the world’s major producers — which all recorded output at least 13 percent above their five-year averages.
The figures confirmed an initial trend projected by the Paris-based OIV in October last year.
A hectoliter amounts to 100 liters, or the equivalent of 133 standard wine bottles.
Wine output, excluding juice and new wine, also jumped in the Southern hemisphere last year, with rises of 22.8 pct in Argentina to 14.5 mhl and 35.9 pct in Chile to 12.9 mhl.
OIV estimated that worldwide consumption was stable in 2018 at 246 mhl, compared with 246.7 mhl in 2017.
The slight drop could be linked to the decline in production the previous year, it said, adding that consumption estimates were tentative due to limited data.
Mainland China recorded the largest fall in consumption among the world’s top 20 largest wine consumers, with a 6.6 percent decline on year to 18 mhl, according to OIV, without detailing the reasons for the fall. In Britain, consumption fell 3.1 percent to 12.3 mhl.
French exporters estimate that wine and spirit exports to China tumbled 14.4 percent in 2018 after growth of 24.5 percent a year earlier.
In contrast, Russian demand jumped 6.9 percent last year to 11.9 mhl.
The global wine trade rose sightly in volume to 108 mhl as a rise in volumes exported from the southern hemisphere helped compensate for smaller shipments from historical European leaders, OIV said.
On the other hand, nearly all European exporters saw better exports in value in 2018 as opposed to their southern hemisphere counterparts and the United States.
Overall global exports rose 1.2 percent in value last year to 31.3 billion euros ($35.25 billion), the OIV said.
France was still the main exporter in value, with wine shipments totaling 9.3 billion euros in 2018, up 2.8 percent on the previous year, OIV said. 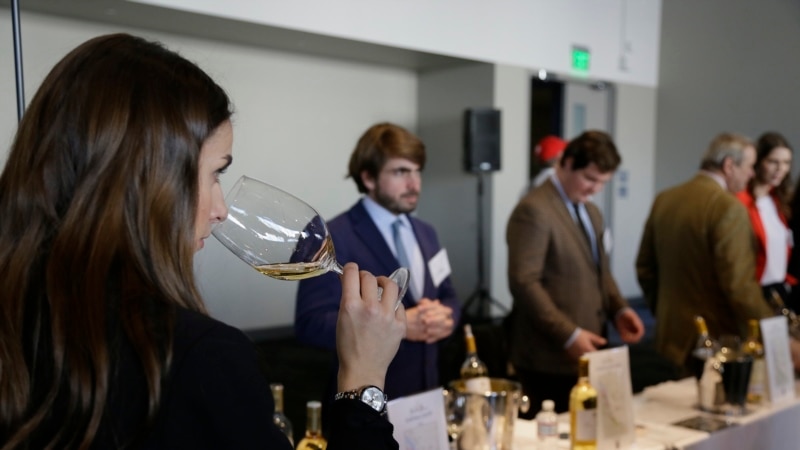