U.S. President Donald Trump is hosting South Korean President Moon Jae-in for talks Thursday at the White House focused on the goal of both nations to denuclearize the Korean Peninsula.
Trump has held two summits with North Korean leader Kim Jong Un, with the most recent one in February ending early with no agreement as the North Koreans demanded sanctions relief and the U.S. delegation called for North Korea to give up its nuclear weapons.
Moon has been a proponent of incremental measures toward denuclearization with the United States using the relaxation of some sanctions as a way to entice North Korea to negotiate and begin to take steps of its own.

WATCH: US, South Korean Presidents Mull Way to Revive Talks with North Korea
U.S. Sen. Cory Gardner told VOA’s Korean service that it would be a mistake for the United States to give Kim what he wants without making firm demands in return.
“I don’t support relieving pressure until we have that denuclearization or concrete steps toward it,” Gardner said.
Like multiple other senators who spoke to VOA ahead of Thursday’s talks, Gardner said the U.S.-South Korea relationship is an “integral component” in the push for denuclearization.
Sen. Dan Sullivan said North Korea and other nations, including Russia and China, have for decades sought to split the United States and South Korea, and that in the current situation South Korea should not be seen as serving as a mediator to U.S.-North Korea talks.
“To me the most important thing as we look at any kind of meeting, is that it needs to be perceived as the U.S. and South Korea working together,” Sullivan told VOA. “My only concern is if you have some kind of an idea of a mediator role that makes South Korea look like they’re in between. They’re not, they’re aligned with us.”
Sen. Jack Reed said U.S.-South Korean solidarity is key, with the allies stronger together than they are working separately.
“I think words aren’t as important as actions,” Reed said. “I think we have to be consistent and we have to have a common strategy and purpose and demonstrate to the North Koreans that the South Koreans and the United States can’t be separated.” 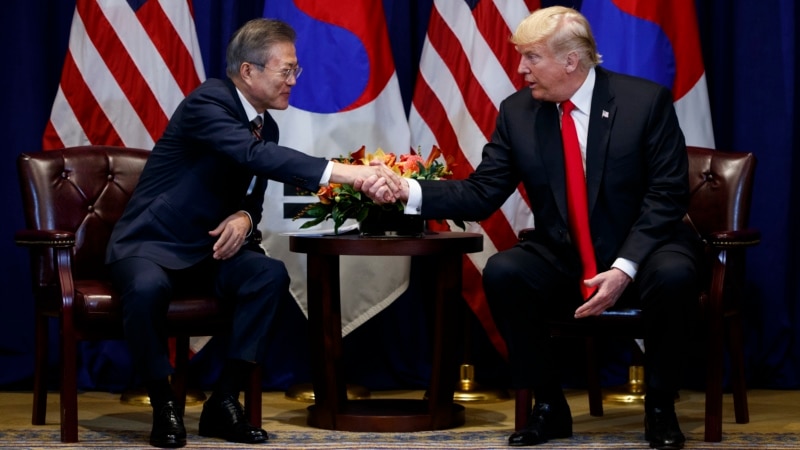