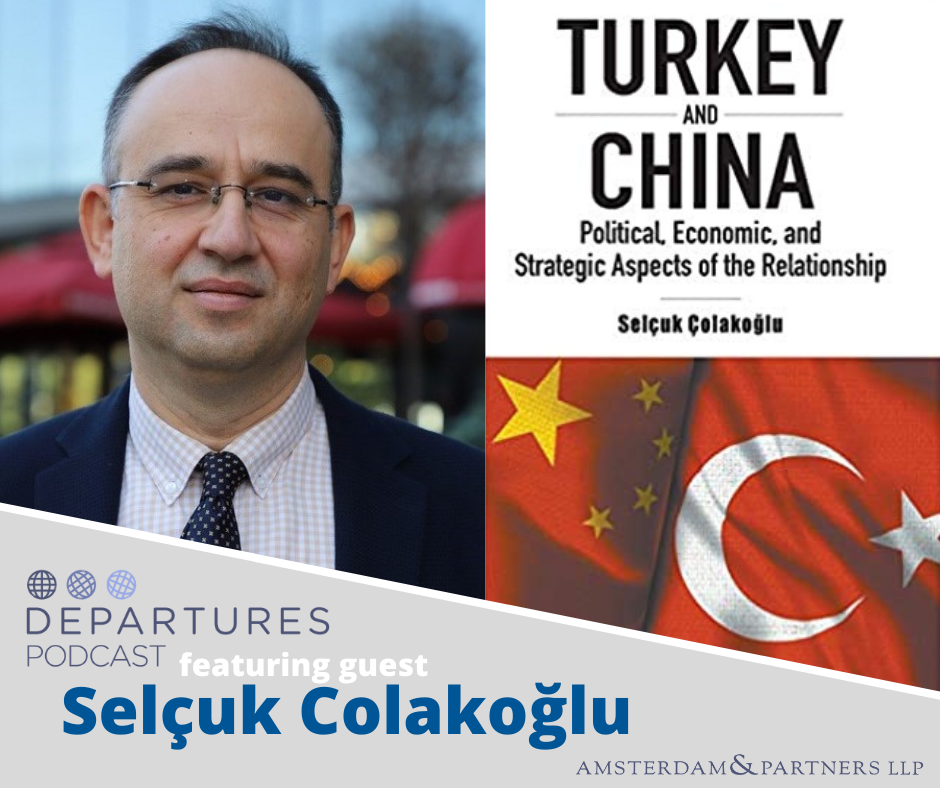 Since the end of the Cold War, Turkey’s geostrategic relevance as a NATO ally bridging the West with Asia has been highlighted repeatedly – but there’s often been less attention on how Ankara’s role has been managed in terms of its relations with Beijing.

This week Selçuk Çolakoğlu of the Turkish Center for Asia Pacific Studies joins Robert Amsterdam to discuss his new book, “Turkey And China: Political, Economic, And Strategic Aspects Of The Relationship.”

This detailed and informative study covers numerous aspects of the relationship, ranging from Sino-Turkish cooperation on energy, trade, and security, but also issues such as the Belt and Road Initiative and the roles of other actors — particularly the United States and Russia.