Vladimir Putin believes that he can send his army into Ukraine to commit mass murder on a scale not seen since Hitler’s Germany because he is secure in the knowledge that the civilized world is limited in what it can do to stop him. If NATO were to send troops into Ukraine to save its people from the wrath of the Russian Army, Putin darkly hints that nuclear weapons would be unleashed. Just as during the Cold War, such an act would be the end of human civilization.

Isn’t it too bad that a way doesn’t exist to stop a nuclear exchange with “the means of rendering these nuclear weapons impotent and obsolete?” The question was first posed 40 years ago by President Ronald Reagan, when he proposed the Strategic Defense Initiative, as a way to break the balance of terror and lift the prospect of a global thermonuclear holocaust. Reagan and his advisers envisioned a multi-layered defense system, much of it space based, that would stop a nuclear attack by shooting down missiles before they reached their targets. 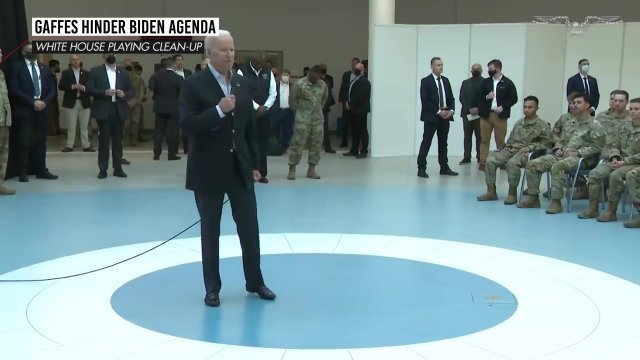 Reagan’s opponents jeered at the idea of a space-based missile defense system, calling it “Star Wars.” The ridicule was not shared inside the Kremlin, however. The Soviet leadership was still smarting from the last demonstration of American technological supremacy, the victory in the race to the moon. The Soviets bent every effort to counter SDI, from a massive disinformation campaign to technological responses.

Reagan’s dream of a world in which nuclear weapons were impotent and obsolete was not fulfilled. The technological problems in developing such a system were enormous in the 1980s. Domestic political opposition to SDI was even greater. In any case, the Soviet Union fell before a serious missile defense system could be deployed. The fear of a global, civilization-ending nuclear exchange receded.

Putin has brought back the nuclear terror. If the civilized world were to dare try to stop the rape of Ukraine beyond sending that country weapons and imposing economic sanctions, the fear is that he will decide that if he cannot win, no one can. Putin might do it anyway if he sees his beleaguered army about to break. The man who would set a match to cities in Ukraine may not shrink from threatening the great cities of Europe and North America.

Fortunately, technology has progressed tremendously since the time President Reagan dreamed of a world without the threat of nuclear annihilation. The United States military is developing a number of land-based, sea-based, and air-based laser weapons. Computer systems, once thought to be a limiting factor for managing a missile defense system, are now more than up to the task. Thanks primarily to the efforts of Elon Musk’s SpaceX, the cost of launching things into space has plummeted.

The U.S. even has a service branch for which space-based missile defense is well suited: the Space Force.

In order to restrain future Putins, whether they reside in Moscow, Beijing, Tehran or Pyongyang, the United States should revive the Reagan-era dream of a space-based missile defense system. As soon as it is practical, a series of battle stations, armed with laser weapons, should be deployed to cover enemy missile launchers, both land based and submarine based, ready to shoot down any missile in the boost phase, The system should be augmented with midcourse and terminal phase systems to provide a layered defense. Israel is already developing a ground-based laser ABM system called the Iron Beam.

If such a missile defense system existed in 2022, Putin would never have dared invade Ukraine. Indeed, Xi Jinping would never contemplate an attack on Taiwan. An effective missile defense would not only at long last end the threat of nuclear war but would be a means of keeping the peace from tyrants with territorial demands.

A space-based missile defense system would be expensive to build and maintain. But it would be less expensive than living in a world where tyrants like Putin feel free to threaten world peace and visit fire and the sword upon their neighbors. It would be based on another principle Reagan cherished: peace through strength.

Mark Whittington, who writes frequently about space and politics, has published a political study of space exploration entitled Why is It So Hard to Go Back to the Moon? as well as The Moon, Mars and Beyond, and, most recently, Why is America Going Back to the Moon? He blogs at Curmudgeons Corner.