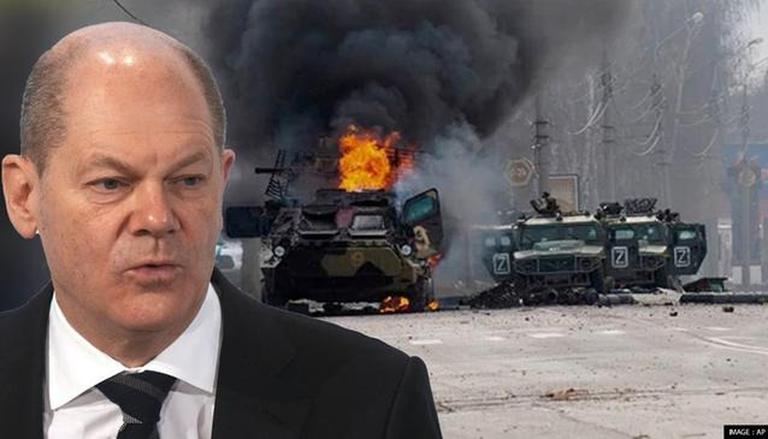 Amidst the ever-escalating tensions between warring nations Russia and Ukraine, German Chancellor Olaf Scholz on Wednesday announced that Berlin is discussing security guarantees with embattled Ukraine. He emphasized that the process is confidential and they have not yet finalized the agreement, EuroIntegration reported citing SZ. In his speech at the German Parliament, Scholz stated that Ukraine in exchange for abandoning NATO membership has demanded security guarantees from third countries.

In his address at the German Parliament, Olaf Scholz called Ukraine’s neutrality offer at the end of the war a “great concession” to Russia, Suddeutsche Zeitung reported. He further stressed that the negotiations between Russia and Ukraine must not reach “dictated peace.” Scholz further added that Russian President Vladimir Putin “miscalculated” the resistance of Ukrainians and the unity of the European Union with regard to sanctions. He also pointed out that the unity of the European Union must be used as momentum in the future and they must make efforts in order to make Europe independent with regard to energy policy.

Furthermore, the German Chancellor outlined that Ukrainians who arrived in Germany to escape war were “welcome here,” as per the Suddeutsche Zeitung news report. He stressed that they should not discriminate against refugee minorities and assured that the administration will do everything possible to treat everyone equally. Scholz also noted that Germany will continue to make efforts on becoming independent of Russian oil and gas supplies. He expressed his views against the usage of nuclear power plants in Germany citing the Russian war in Ukraine.

‘The murder of civilians is a war crime’: Olaf Scholz

Earlier on April 3, Olaf Scholz said that “terrifying and horrifying” images have surfaced from Ukraine and termed the killing of civilians a “war crime,” according to the statement released on the website of German government. Scholz also called for investigating the crimes committed by Russian troops in Ukraine and people responsible for the crimes need to be brought to justice. He further added that dozens of people in Bucha have been shot and women, children as well as elderly are said to be among the victims. He called on Russian President Putin to agree to a ceasefire and bring an end to war. He called the ongoing war in Ukraine “senseless” and stressed that the actions of Russian cannot be justified.