Listen to this article
World /

Why you can trust SCMP

China hits back at Australia over Solomon Islands ‘red line’

‘Pandemic has to be contained, economy should be stabilised’, says Beijing

Beijing says if US agreed on one China, talk of Taiwan ‘invasion’ invalid

This Week in Asia

Hong Kong’s travel easing may be too little, too late

Who is Alexander Gilkes, Maria Sharapova’s fiancé and baby daddy?

Link Copied
Post
A Ukrainian soldier wears an angel ornament given to him by his daughter in Sloviansk, eastern Ukraine, on Friday. Photo: AFP

Ukrainian President Volodymyr Zelensky said on Friday there was a high risk that peace talks with Moscow would end and US lawmakers pledged to move fast on a plan to send as much as US$33 billion to help Kyiv keep fighting Russia’s assault.

UN Secretary-General Antonio Guterres had said during a visit to Kyiv on Thursday that intense discussions were under way to evacuate civilians from the steel works in Mariupol, which is under heavy Russian attack as part of an offensive in the south and east.

One of the fighters holed up in the city, a major target of Russia’s invasion, said the comments gave him hope hundreds of civilians blocked with them at the plant for weeks would be evacuated after many failed attempts.

Zelensky’s office had said an operation was planned to get civilians out of the plant on Friday but there was no sign of an evacuation as dusk fell. He later expressed pessimism over the prospect of continued peace talks with Russia, blaming public anger with what he said were atrocities by Russian troops. 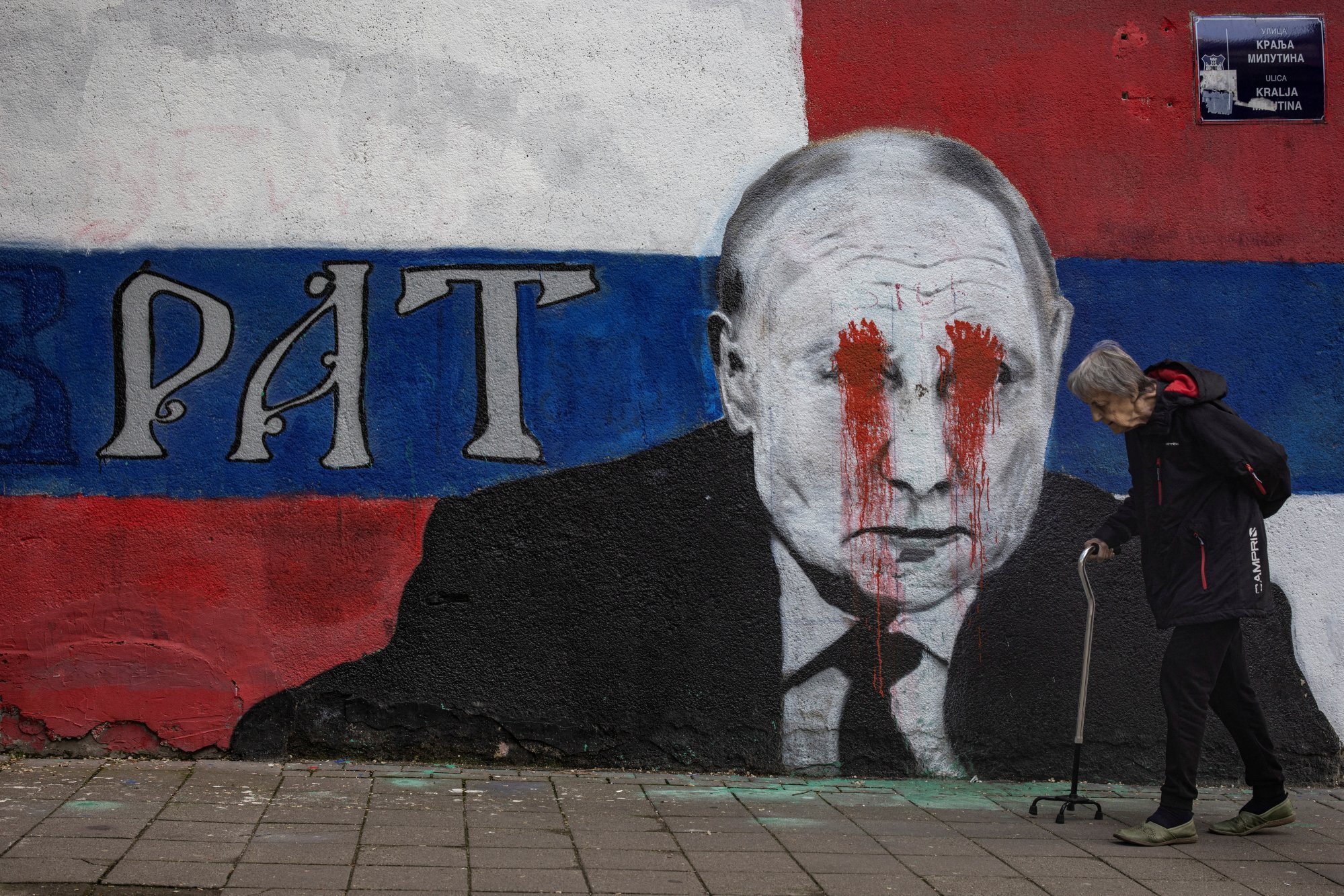 A person walks next to a mural of Russian President Vladimir Putin, which has been vandalised with red paint and the word “War” written instead of the original text reading “Brother”, in Belgrade, Serbia on Friday. Photo: Reuters

“[Ukrainians] want to kill them. When that kind of attitude exists, it’s hard to talk about things,” Interfax quoted him as telling Polish journalists.

Russian Foreign Minister Sergey Lavrov accused Kyiv of changing its position under what he said were orders from the United States and Britain.

Zelensky praised the offer of help made by US President Joe Biden on Thursday, which amounts to nearly 10 times the aid Washington has sent so far since the invasion started on February 24. Moscow calls the war a special military operation.

US House of Representatives Speaker Nancy Pelosi said lawmakers hoped to pass the US$33 billion aid package “as soon as possible”.

Having failed in an assault on Kyiv in the north of Ukraine last month, Russia is now trying to fully capture two eastern provinces known as Donbas.

Ukraine has acknowledged losing control of some towns and villages there since the assault began last week, but says Moscow’s gains have come at a massive cost to a Russian force already worn down from its earlier defeat near the capital.

“We have serious losses but the Russians’ losses are much, much bigger … They have colossal losses,” presidential adviser Oleksiy Arestovych said, without elaborating.

Western officials said Russia had been suffering fewer casualties after narrowing the scale of its invasion but numbers were still “quite high”, while the British defence ministry said Russian gains had been limited and came at “significant cost”. 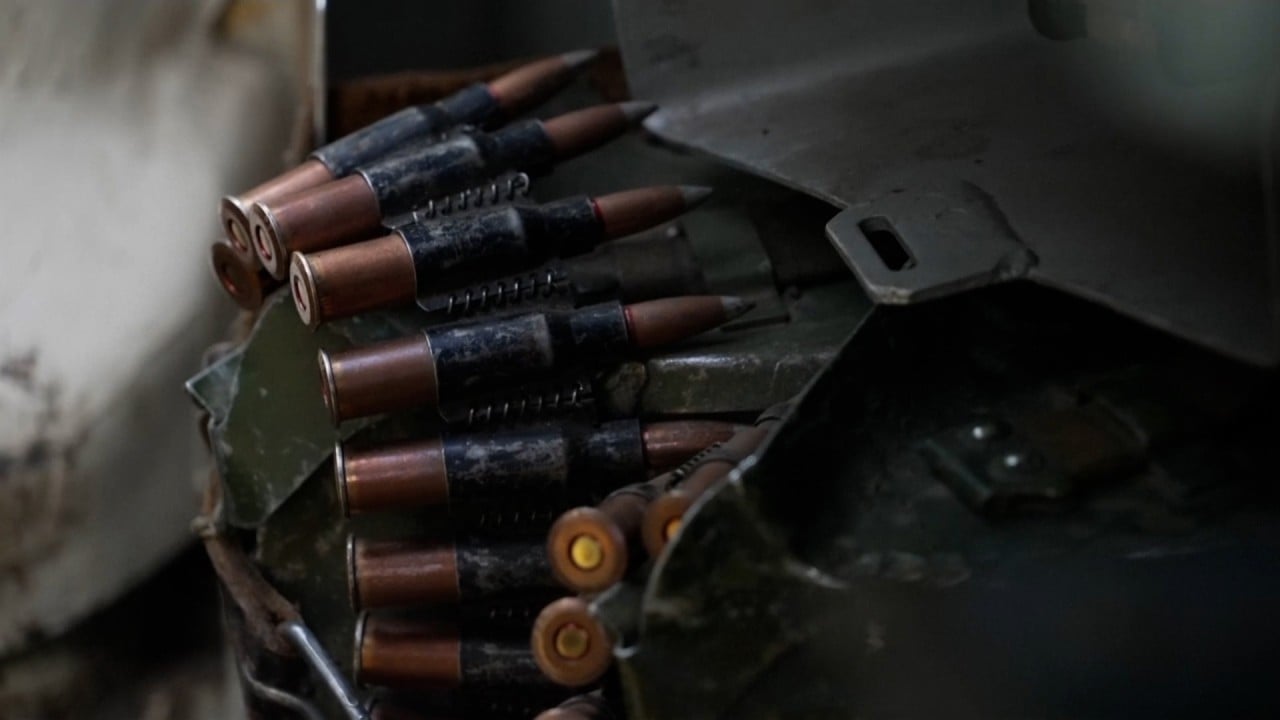 Ukrainian officials said Russia was pounding the whole front line in the eastern Donetsk region with rockets, artillery, mortar bombs and aircraft to stop the Ukrainians regrouping, but a US official said the offensive seemed to be behind schedule.

Of southern Ukraine, the Ukrainian military said the Russians were “continuing to regroup, increase fire effectiveness and improve positions”.

By pledging tens of billions of dollars in aid for Ukraine, Biden has dramatically increased US involvement in the conflict.

The United States and its allies are now sending heavy weapons including artillery, with what Washington says is an aim not just to repel Russia’s attack but to weaken its armed forces so it cannot menace its neighbours again.

“We need this bill to support Ukraine in its fight for freedom,” Biden said. “It’s not cheap – but caving to aggression is going to be more costly.”

Zelensky thanked Biden and the American people in a tweet.

“We defend common values – democracy and freedom. We appreciate the help. Today it is needed more than ever!”

While the proposed US aid amounts to more than 20 per cent of Ukraine’s 2020 GDP, the World Bank estimates the war will cut more than 45 per cent off Ukrainian GDP this year and hit growth elsewhere around the world.

Putin warns West of ‘lightning response’ to intervention in Ukraine

President Vladimir Putin this week threatened unspecified retaliation for Western arms deliveries to Ukraine, while his foreign minister Lavrov warned of a threat of nuclear war. Lavrov said on Friday that Russia did not consider itself to be at war with Nato, a step back from earlier comments.

US-backed broadcaster Radio Free Europe/Radio Liberty (RFE/RL), one of the main remaining Russian-language sources for news outside Kremlin control, said the body of producer Vira Hyrych had been found in part of a residential building destroyed by a missile.

Russia’s defence ministry said its high precision long-range missiles had destroyed the production facilities of a rocket plant in Kyiv. A US official confirmed the attack had targeted military production, without saying if the target was destroyed. 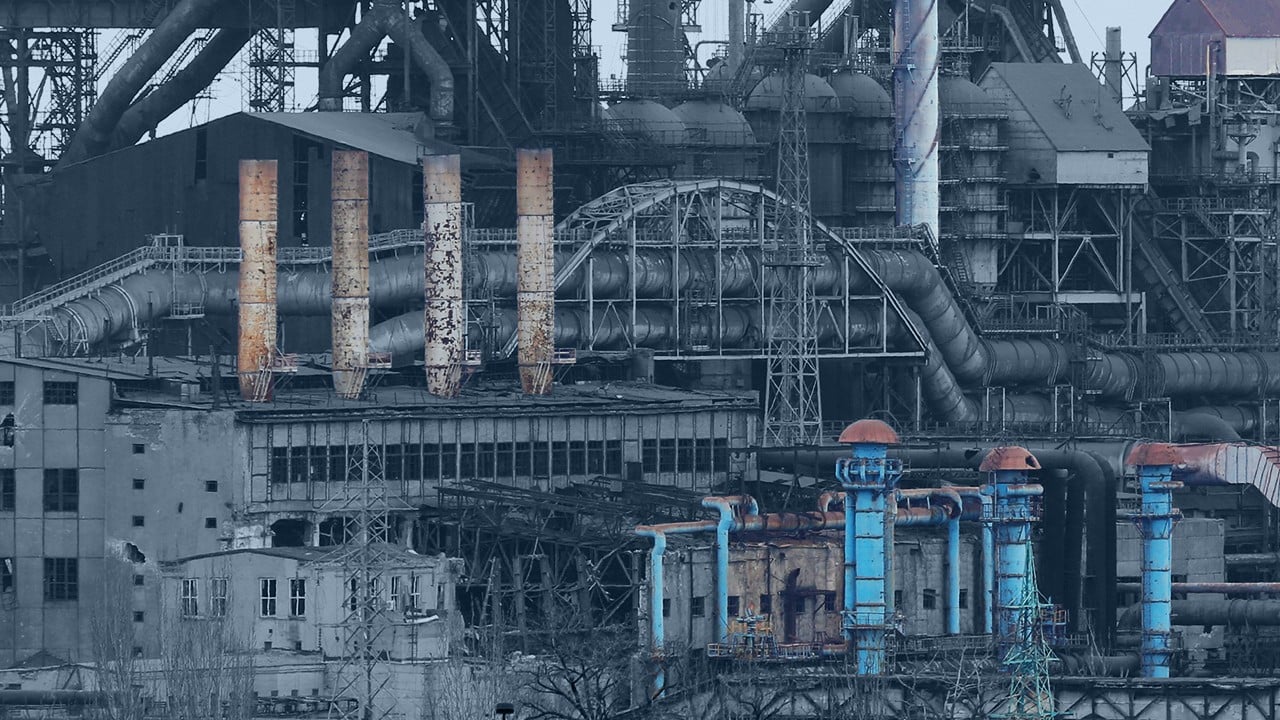 Why the battle for Mariupol’s Azovstal steel plant matters

Why the battle for Mariupol’s Azovstal steel plant matters

Russia said earlier a diesel submarine in the Black Sea had struck military targets with Kalibr cruise missiles, the first reported such strikes from a submarine.

The bloodiest fighting and worst humanitarian catastrophe of the war have been in Mariupol, an eastern port reduced to a wasteland by two months of Russian bombardment and siege. Ukraine says 100,000 civilians remain in the city, which is mostly occupied by Russia.

In parts of Mariupol now held by Russian troops, emergency workers were gathering up bodies from the streets. Residents among the blasted ruins recounted the horror they had survived.

“We were hungry, the child was crying when the Grad [multiple rocket launcher] shells were striking near the house. We were thinking, this is it, the end. It can’t be described,” Viktoria Nikolayeva, 54, who survived the battle with her family in a basement, said, weeping.