Vladimir Putin may be forced to hand over control of Russia as he disappears to have cancer surgery, a ‘Kremlin insider’ claims.

The Russian president, 69, allegedly already delayed the operation which was scheduled for the second half of April.

But his doctors have insisted on it happening ‘in the near future’ as ‘the course of the disease is progressing’, according to popular Telegram channel General SVR, which claims to have a well-placed source in Moscow.

Now, Putin is said to have hurriedly nominated his hardline security council security secretary Nikolai Patrushev, 70, to take over while he is incapacitated.

Patrushev, a former KGB counterintelligence officer seen as a key figure in the brutal attack on Ukraine, is the ‘worst option’, the source claimed.

It comes following months of rumours surrounding Putin’s poor health, with speculation he could be suffering from Parkinson’s disease.

General SVR channel also claims he has schizoaffective disorder, a mental health disorder marked by a combination of schizophrenia symptoms, such as hallucinations or delusions, and mood disorder symptoms, such as depression or mania. 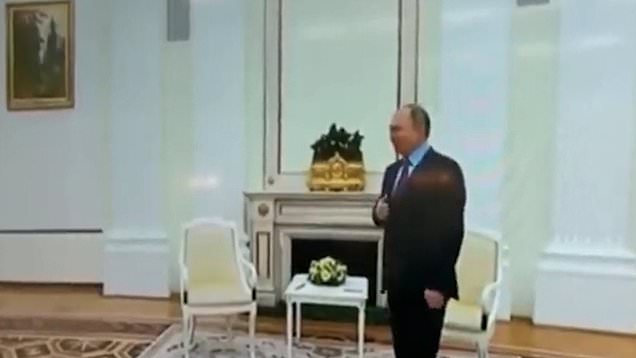 This is a modal window.

Beginning of dialog window. Escape will cancel and close the window.

In a video detailing the General SVR claims, the outlet’s source – supposedly an anonymous former high-ranking Kremlin military figure – said ‘there seems to be no particular urgency’ over the alleged surgery, but ‘it cannot be delayed either’.

‘Putin has discussed that he will be undergoing medical procedures’, they said. ‘Doctors insist that he needs an operation, but the date has not yet been determined…

‘I don’t know for exactly how long [he will be incapacitated after the surgery]… I think it’ll be for a short time.’

They added: ‘It was possible to contain it for some time, but now the course of the disease is progressing.

‘I do not want to voice any forecasts now, so as not to reassure you once again, because in this situation you should not be very hopeful.’

The warmonger is ‘unlikely to agree to transfer power’ but is prepared to set in motion a ‘charge d’affaires’ to control Russia and the war effort, they added.

Handing over control to Patrushev would be a left-field move, given that power should pass to the Prime Minister Mikhail Mishustin, 56 – a low-profile technocrat without known military or secret services links.

Putin reportedly sees Patrushev as ‘the only truly trusted person and friend in the system of power’. 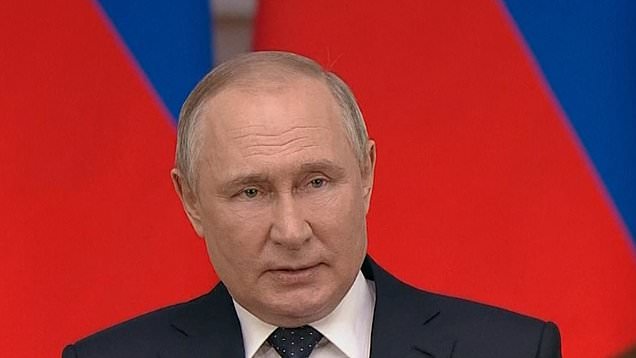 This is a modal window.

Beginning of dialog window. Escape will cancel and close the window.

He got the job following a two-hour ‘heart-to-heart’ with the Russian leader, the outlet claims.

Putin also allegedly ‘promised actual management of the country would be temporarily transferred to him in the event his health sharply deteriorates’.

It comes after the same outlet alleged Vladimir Putin had grounded his daughter in case she leaves the country and decides never to return.

Get in touch with our news team by emailing us at webnews@metro.co.uk.

For more stories like this, check our news page.