A Ukrainian Village Feared Russian Occupation. Then, A Flood Saved It  NDTV

Official KCNA said Monday that another emergency meeting of the Workers’ Party political bureau was held the previous day, where leader Kim Jong Un heavily criticized a delay in the transfer of medicines from state reserves to pharmacies, which were instructed to be open 24-hours-a-day over the weekend.

It said Kim issued an order to mobilize the People’s Army resources, including that of its medical personnel, to support the drive to stock pharmacies in the capital, Pyongyang. Kim called for “vigilance in the acute anti-epidemic war,” reprimanding the Cabinet and public officials for their “irresponsible work attitude and executing ability.”

North Korea had raised its COVID-19 readiness to a “maximum emergency epidemic prevention system” last Thursday when for the first time in the pandemic, it recognized the presence of the “malicious virus” within its borders. Analysis of samples taken from a group of fever-ridden people in Pyongyang produced one case of the coronavirus subvariant BA.2, also known as the “stealth” omicron variant.

North Korea appears to be limited in its testing capacity as it has not confirmed additional COVID-19 test results since then, though it has issued daily reports of its understanding of how the “explosive” spread of the fever of unknown origin is growing.

KCNA said, during on-site inspection of local pharmacies later Sunday, Kim found them to be in sub-quality condition, lacking storage space other than the display cases and some pharmacists not wearing white gowns.

North Korea’s official television station over the weekend offered self-treatment advice such as keeping mouths clean by frequently rinsing with salt water. Its main broadsheet, Rodong Sinmun, also encouraged people to take fruits rich in vitamin C and to avoid grilled and oily foods that are harder to digest. 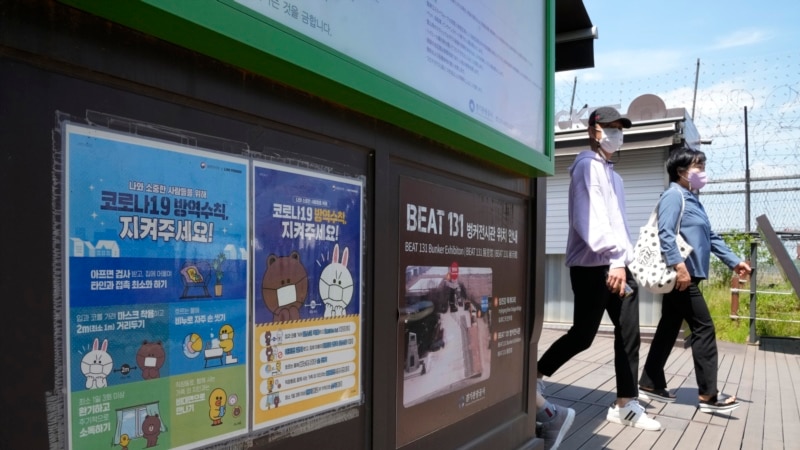 Sweden has indicated it will follow Finland in applying for Nato membership. The two countries’ move abandons decades of military non-alignment triggered by Russia’s invasion of Ukraine and would redraw the security map of Europe.

Nato chief Jens Stoltenberg said the alliance would look to provide both countries with interim security guarantees while the applications are processed, including possibly by increasing troops in the region.

In apparent retaliation, the Kremlin has pulled the plug on electricity supplies to Finland, with which it shares a 1,300km (800 mile) border.

Nato pledged open-ended military support for Ukraine on Sunday. At a meeting of alliance foreign ministers in Berlin, Germany’s Annalena Baerbock said it would provide military assistance “for as long as Ukraine needs this support for the self-defence of its country”.

British intelligence revealed that Russia may have lost as much as a third of the invasion force, as more than 400 Russian soldiers were estimated to have been killed or wounded last week trying to cross the Donets river. UK defence chiefs said Russia’s offensive in the eastern Donbas region had “lost momentum” and that Moscow’s battle plan was “significantly behind schedule”.

Ukraine’s president Volodymr Zelensky has warned that the military situation in Ukraine’s south-eastern Donbas region is “very difficult” as analysts say Russian president Vladimir Putin has his sights on annexing southern and eastern Ukraine in the months ahead.

Russia’s defence ministry claimed it had carried out “high-precision” missile strikes on four artillery munitions depots in the Donetsk area in the east of Ukraine. The ministry also claimed airstrikes had destroyed two missile-launching systems and radar, and 15 Ukrainian drones around Donetsk and Lugansk.

As Russian forces struggle in Ukraine, Ukrainian forces made inroads. The first Ukrainian battalion reached the Russian border in the Kharkhiv region today.

Ukrainian authorities are conducting at least 10 active rape investigations involving Russian troops, and are calling for other victims to come forward.

Kalush Orchestra, the band that won Eurovision last night for Ukraine, is auctioning off the statuette to raise funds for the Ukrainian army and Ukraine. The win has lifted spirits around Ukraine.

Zelenskiy has warned that the war in his country risks triggering global food shortages and has urged international intervention to prevent global famine. Before the invasion, Ukraine supplied 12% of the planet’s wheat, 15% of its corn and half of its sunflower oil.

A cyberattack on the Lviv city council website resulted in stolen data that ended up published in Telegram channels linked to Russia. This happened the same weekend Italian police thwarted hacker attacks by pro-Russian groups on the Eurovision song contest.