U.S. President Joe Biden said he told his Chinese counterpart Xi Jinping on Monday that the United States would enhance its security position in Asia if Beijing is unable to rein in North Korea’s weapons development programmes.

Biden told a news conference after his first face-to-face talks with Xi since taking power that they had blunt talks over a wide array of issues that are contributing to the worst U.S.-Chinese ties in decades.

In a statement after their meeting, Xi called Taiwan the “first red line” that must not be crossed in U.S.-China relations, Chinese state media said.

Biden said he sought to assure Xi that U.S. policy on Taiwan has not changed, seeking to lower tensions over the self-ruled island. “I do not think there’s any imminent attempt on the part of China to invade Taiwan,” he told reporters.

He said if Beijing is not able to rein in North Korea, the United States would more to further protect U.S. allies in the region.

The two sides had set up a mechanism for more frequent communications and Secretary of State Antony Blinken will travel to China to follow-up on discussions, he said.

“I think we understand each other,” Biden said.

Ahead of their talks, the two leaders smiled and shook hands warmly in front of their national flags at a hotel on Indonesia’s Bali island, a day before a Group of 20 (G20) summit set to be fraught with tension over Russia’s invasion of Ukraine.

“It’s just great to see you,” Biden told Xi, as he put an arm around him before a meeting that lasted a little over three hours.

However, Biden brought up a number of difficult topics during the meeting, according to the White House, including raising U.S. objections to China’s “coercive and increasingly aggressive actions toward Taiwan”, Beijing’s “non-market economic practices”, and practices in “Xinjiang, Tibet, and Hong Kong, and human rights more broadly”.

Biden said beforehand he was committed to keeping lines of communication open on a personal and government level.

“As the leaders of our two nations, we share responsibility, in my view, to show that China and the United States can manage our differences, prevent competition from turning into conflict, and to find ways to work together on urgent global issues that require our mutual cooperation,” Biden said in remarks in front of reporters.

Neither leader wore a mask to ward off COVID, though members of their delegations did.

TAIWAN TALKS TENSE
Xi said before the meeting the relationship between their two countries was not meeting global expectations.

“Resolving the Taiwan question is a matter for the Chinese and China’s internal affair,” Xi said, according to state media.

“Anyone that seeks to split Taiwan from China will be violating the fundamental interests of the Chinese nation.”

Beijing, which claims Taiwan as its own, has long said it would bring Taiwan under its control and has not ruled out the use of force to do so. Democratically ruled Taiwan’s government strongly objects to China’s sovereignty claims and says only the island’s 23 million people can decide its future.

There was some early drama in Bali surrounding Russian Foreign Minister Sergei Lavrov, who scolded Western media over a report that said he had been taken to a local hospital, suffering with a heart condition.

“This is a kind of game that is not new in politics,” Lavrov said. “Western journalists need to be more truthful.”

Russian Foreign Ministry spokeswoman Maria Zakharova called it “the height of fakery” and posted a video of Lavrov sitting outdoors dressed in shorts and a T-shirt and reading documents.

However, Bali Governor I Wayan Koster told Reuters Lavrov had briefly visited a local hospital for a “check-up”, and the Russian was in good health. Indonesian officials declined to comment.

Lavrov is representing Putin at the G20 summit – the first since Russia invaded Ukraine in February – after the Kremlin said Putin was too busy to attend.

U.S.-China telations have been roiled in recent years by growing tensions over issues ranging from Hong Kong and Taiwan to the South China Sea, trade practices and U.S. restrictions on Chinese technology.

But U.S. officials said there have been quiet efforts by both Beijing and Washington over the past two months to repair relations.

U.S. Treasury Secretary Janet Yellen told reporters in Bali earlier the meeting aimed to stabilise their relationship and to to create a “more certain atmosphere” for U.S. businesses.

She said Biden had been clear with China about national security concerns regarding restrictions on sensitive U.S. technologies and had raised concern about the reliability of Chinese supply chains for commodities.

Biden and Xi, who have held five phone or video calls since Biden became president in January 2021, last met in person during the Obama administration when Biden was vice president.

G20 summit host President Joko Widodo of Indonesia said he hoped the gathering on Tuesday could “deliver concrete partnerships that can help the world in its economic recovery”.

However, one of the main topics at the G20 will be Russia’s war in Ukraine.

Xi and Putin have grown close in recent years, bound by their shared distrust of the West, and reaffirmed their partnership just days before Russia invaded Ukraine. But China has been careful not to provide any direct material support that could trigger Western sanctions against it.

The West has accused Russia of making irresponsible statements on the possible use of nuclear weapons since its invasion of Ukraine. Russia has in turn accused the West of “provocative” nuclear rhetoric.

Ukrainian President Volodymyr Zelenskiy has said he will address the G20 by videolink on Tuesday. 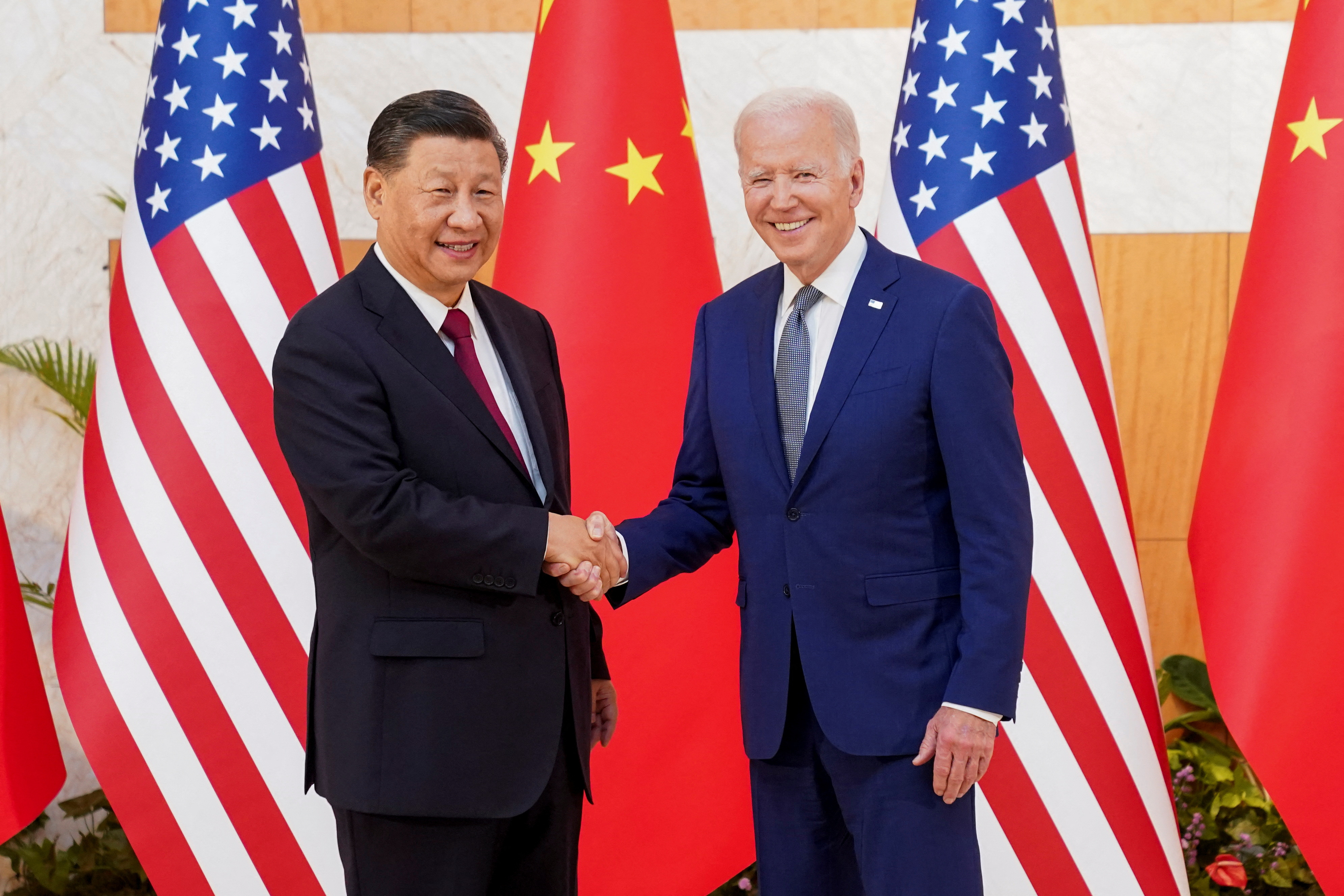 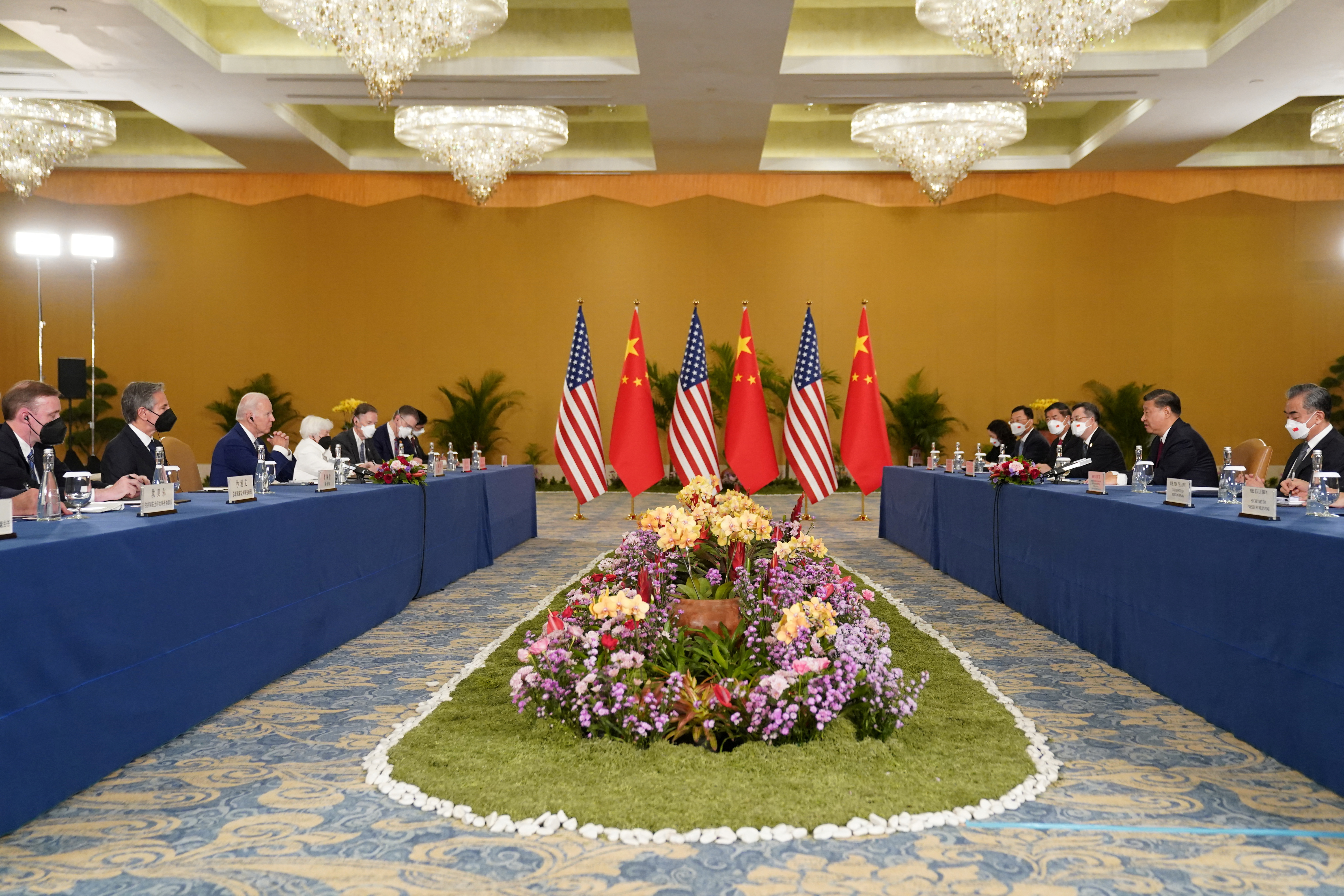 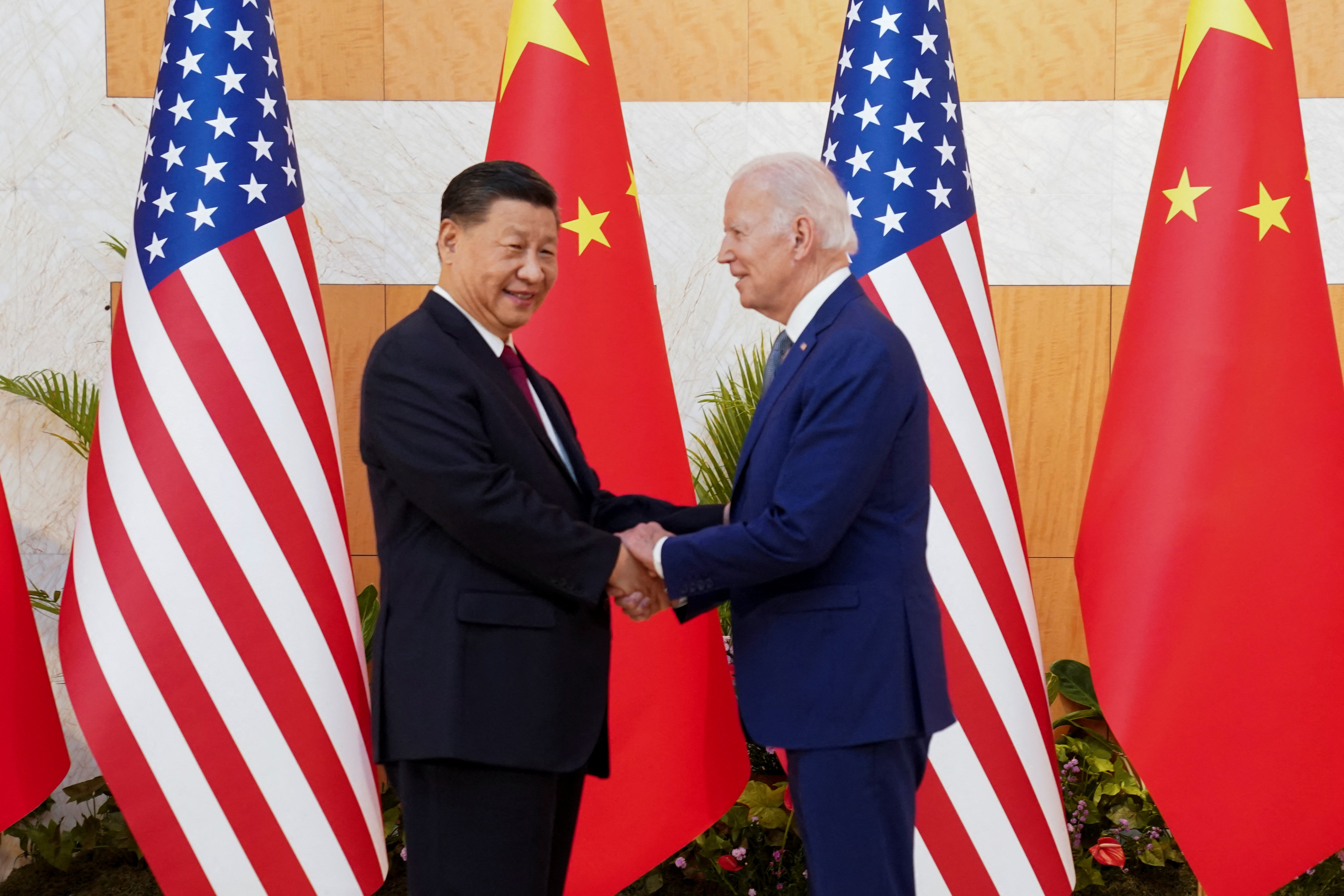 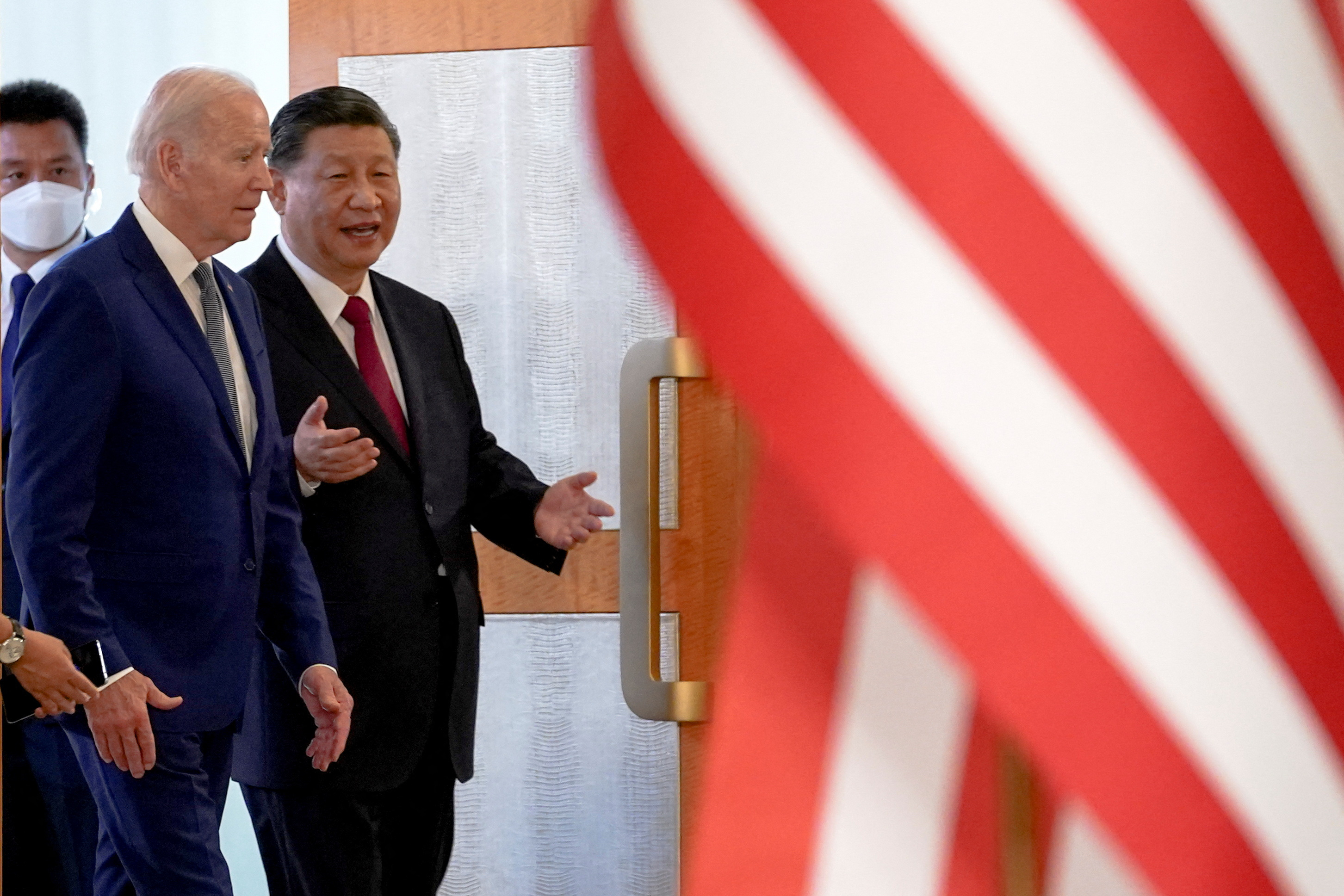 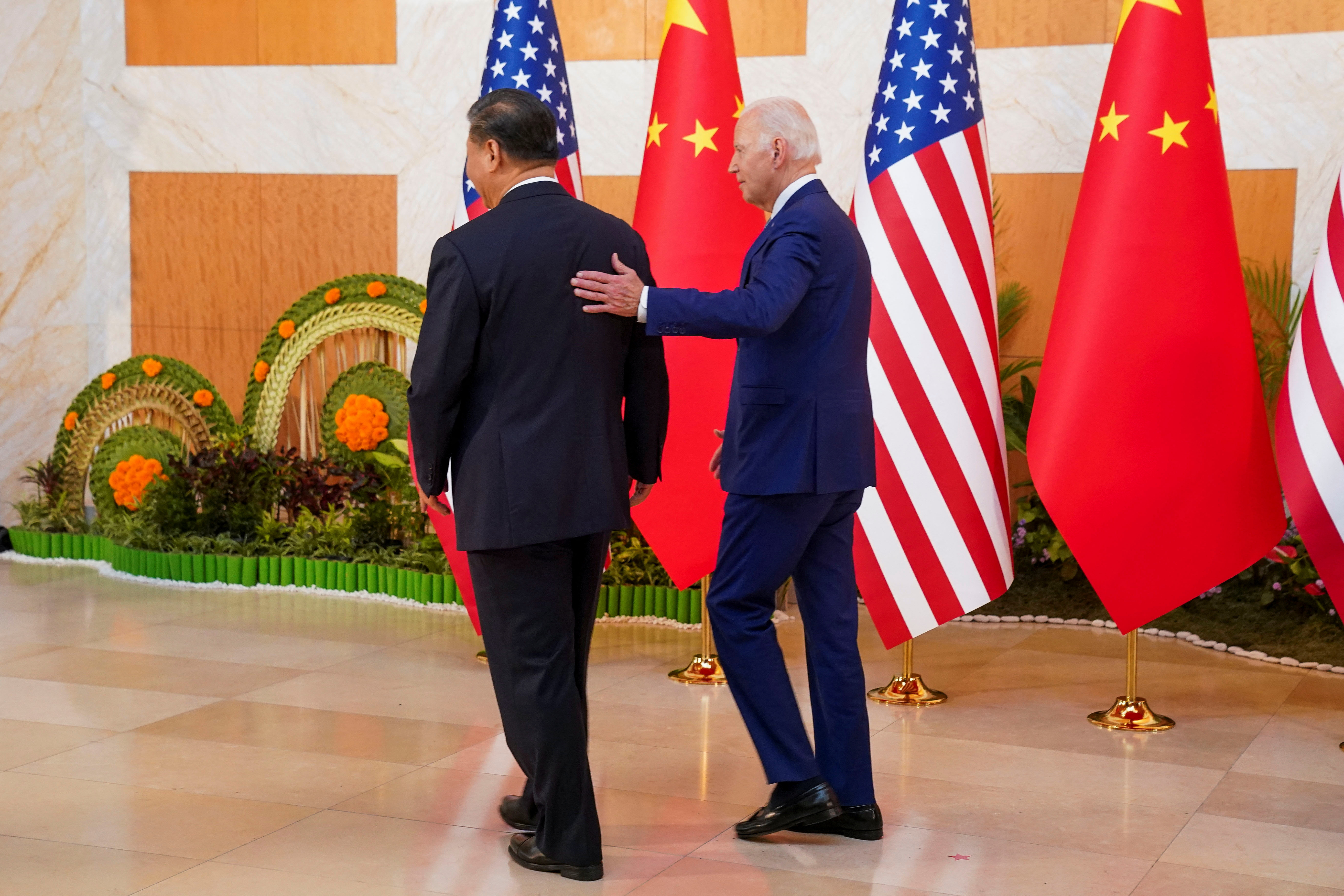