Chinese leader Xi Jinping and U.S. President Joe Biden met on Monday for long-awaited talks that come as relations between their countries are at their lowest in decades, marred by disagreements over a host of issues from Taiwan to trade.

The two, holding their first in-person talks since Biden became president, met on the Indonesian island of Bali ahead of a Group of 20 (G20) summit on Tuesday that is set to be fraught with tension over Russia’s invasion of Ukraine.

Biden and Xi shook hands in front of a row of Chinese and U.S. flags as they met at the luxury hotel Mulia on Nusa Dua bay in Bali.

They are expected to discuss Taiwan, Ukraine and North Korea’s nuclear ambitions, issues that will also loom over the G20 that is being held without Russian President Vladimir Putin in attendance.

Russian Foreign Minister Sergei Lavrov will represent Putin at the G20 summit – the first since Russia invaded Ukraine in February – after the Kremlin said Putin was too busy to attend. Russia’s foreign ministry said a report that Lavrov was taken to hospital after arriving in Bali was fake news.

Xi arrived on Bali for the G20 summit earlier on Monday. Biden arrived late on Sunday.

On Sunday, Biden told Asian leaders in Cambodia that U.S. communication lines with China would stay open to prevent conflict, with tough talks almost certain in the days ahead.

Relations have been roiled in recent years by growing tensions over issues ranging from Hong Kong and Taiwan to the South China Sea, trade practices and U.S. restrictions on Chinese technology.

But U.S. officials said there have been quiet efforts by both Beijing and Washington over the past two months to repair ties.

“These meetings do not take place in isolation, they are part of a very sustained process,” said one Biden administration official. “We have engaged in serious, sustained – dozens and dozens of hours – of quiet diplomacy behind the scenes.

“I think we are satisfied with the seriousness that both sides have brought to that process.”

U.S. Treasury Secretary Janet Yellen told reporters in Bali the meeting was “intended to stabilise the relationship between the United States and China, and to create a more certain atmosphere for U.S. businesses”.

She said that Biden had been clear with China about national security concerns regarding restrictions on sensitive U.S. technologies and had raised concern about the reliability of Chine supply chains for commodities like minerals.

Biden and Xi, who have held five phone or video calls since Biden became president in January 2021, last met in person during the Obama administration when Biden was vice president.

Monday’s meeting is unlikely to produce a joint statement, the White House has said.

G20 summit host President Joko Widodo of Indonesia said he hoped the gathering could “deliver concrete partnerships that can help the world in its economic recovery”.

However, one of the main topics at the G20 will be Russia’s war in Ukraine and Biden will be “unapologetic” in his defence of the European nation, U.S. officials said last week.

Xi and Putin have grown increasingly close in recent years, bound by their shared distrust of the West, and reaffirmed their partnership just days before Russia invaded Ukraine. But China has been careful not to provide any direct material support that could trigger Western sanctions against it.

The West has accused Russia of making irresponsible statements on the possible use of nuclear weapons since its February invasion of Ukraine. Russia has in turn accused the West of “provocative” nuclear rhetoric.

Russia’s Lavrov said on Sunday the West was “militarising” Southeast Asia in a bid to contain Russian and Chinese interests, setting the stage for more confrontation with Western leaders at the G20.

Ukrainian President Volodymyr Zelenskiy has said he would address the G20 gathering by videolink on Tuesday.

British Prime Minister Rishi Sunak is expected to meet Lavrov at the G20, a Downing Street spokesperson said. He is also likely to hold a bilateral meeting with Biden.

Sunak will call on G20 leaders for coordinated action to address economic instability and the rising cost of living in the wake of Russia’s invasion of Ukraine, his government said.

The G20, which includes countries ranging from Brazil to India and Germany, accounts for more than 80% of the world’s gross domestic product (GDP) and 60% of its population. 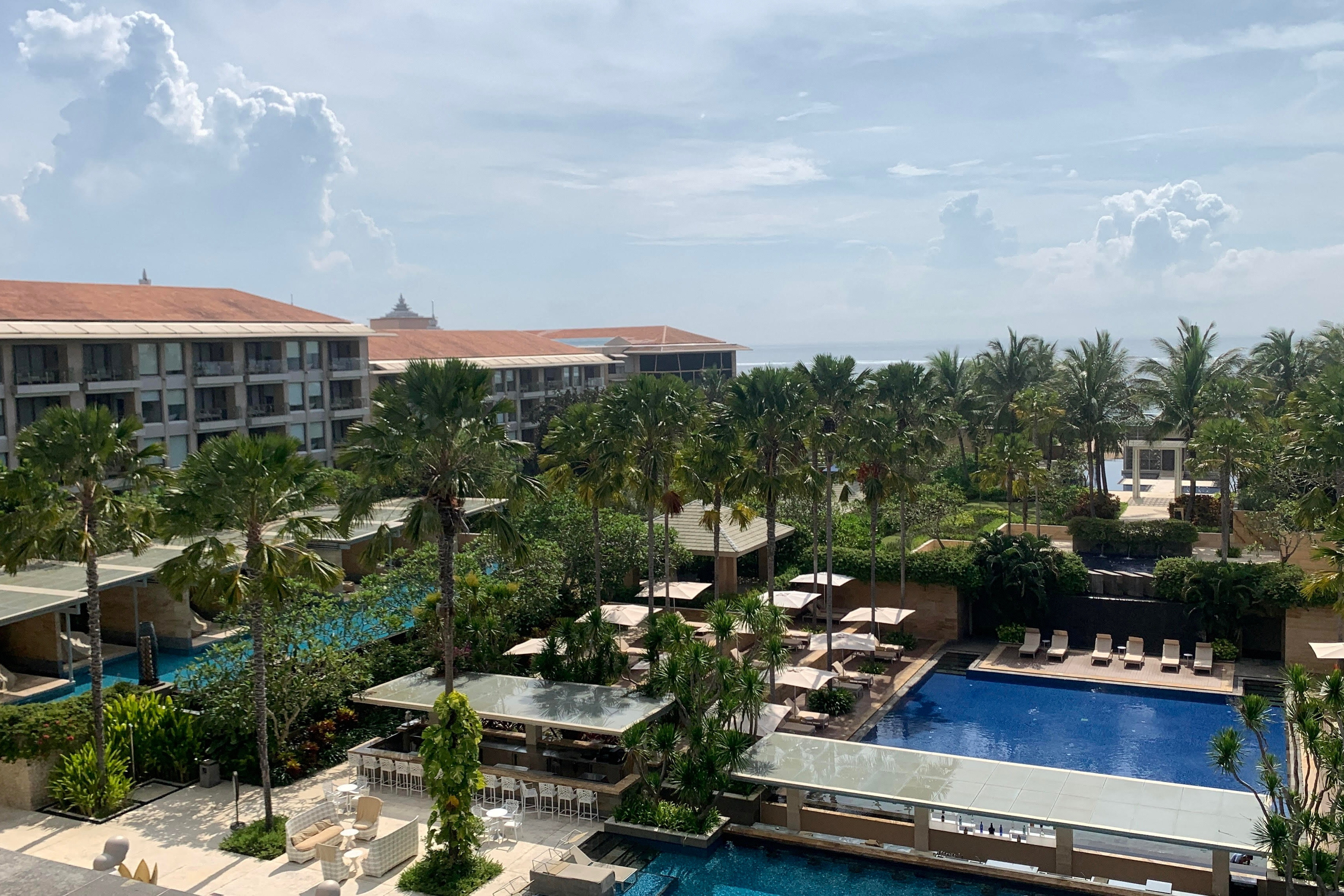 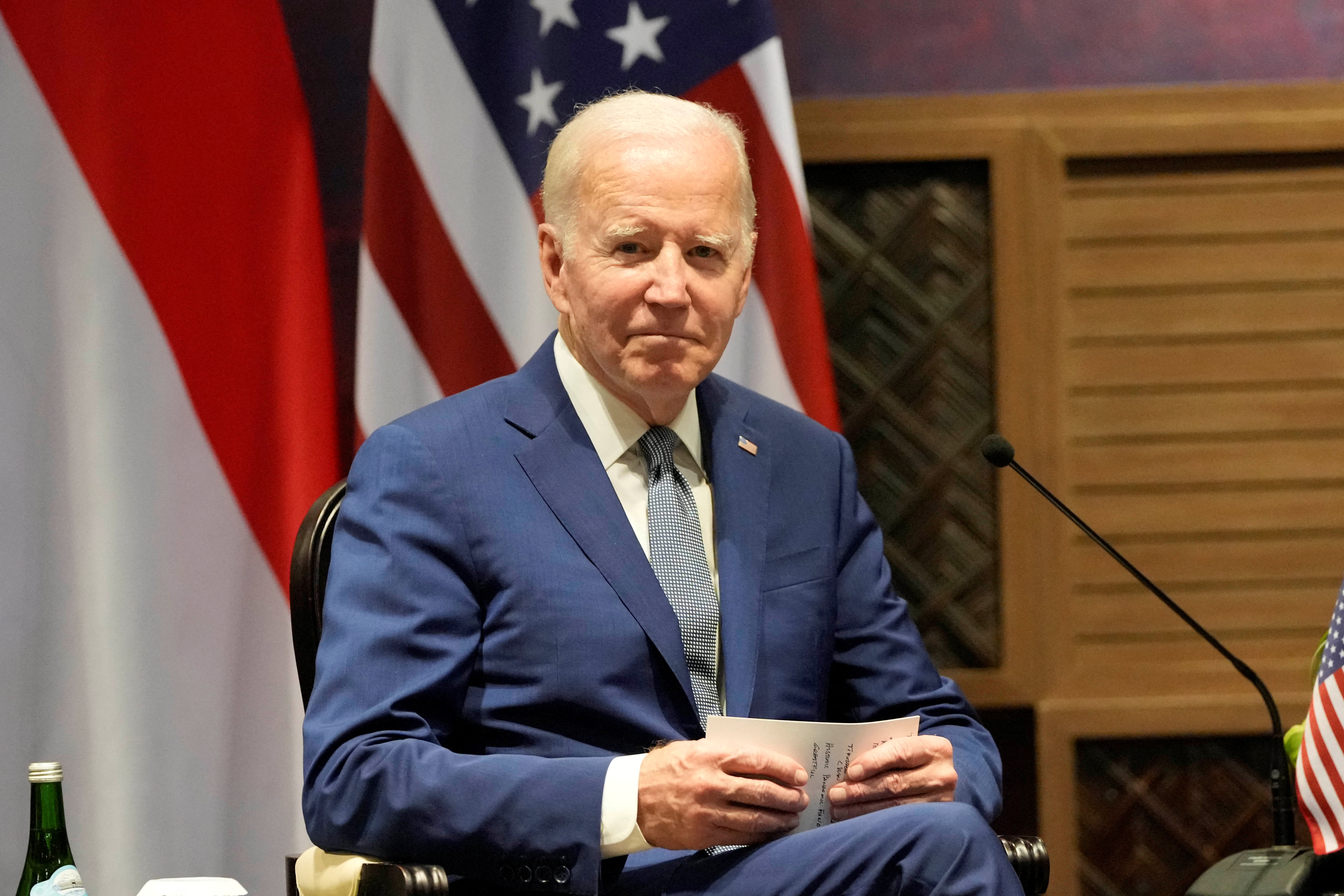 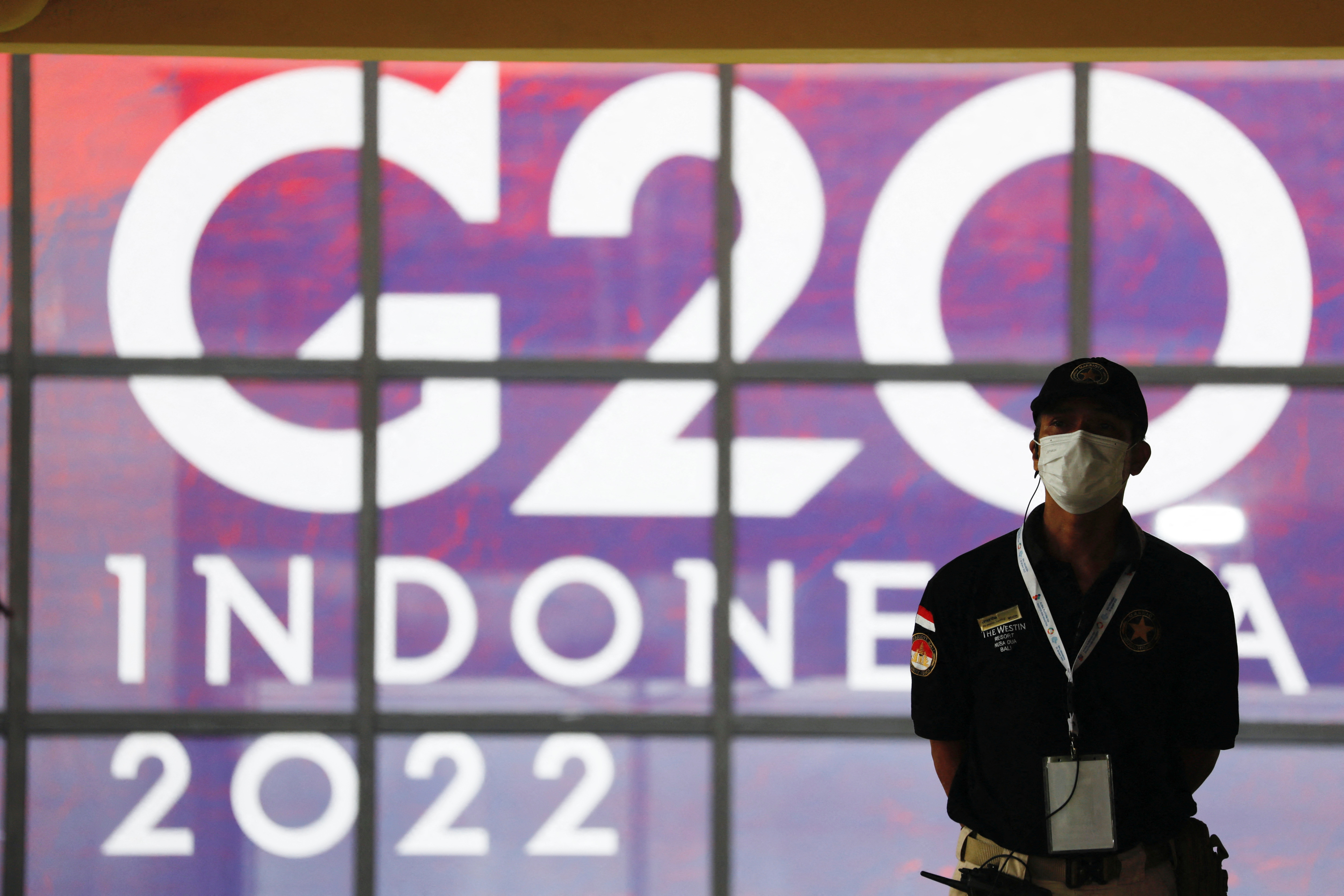 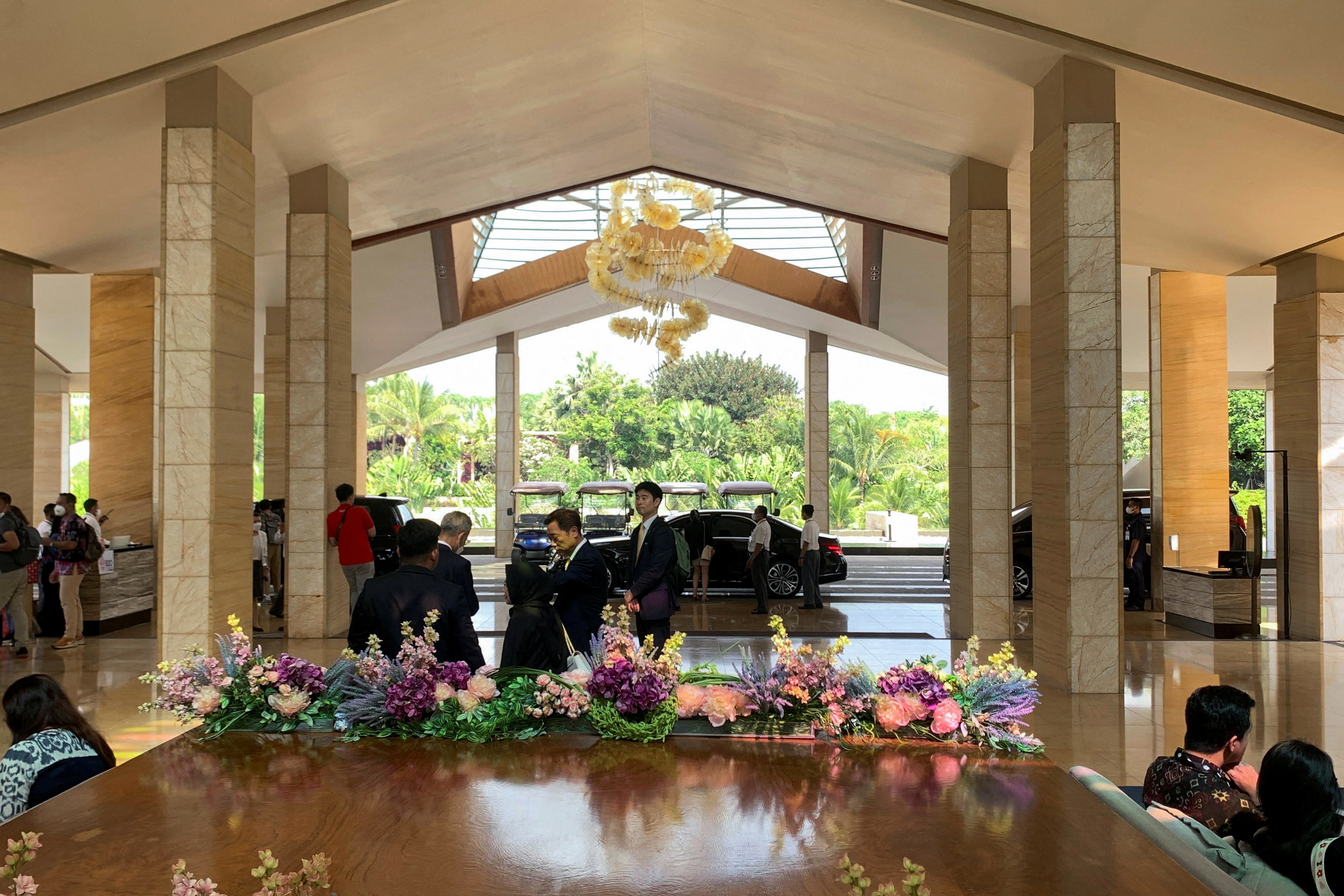 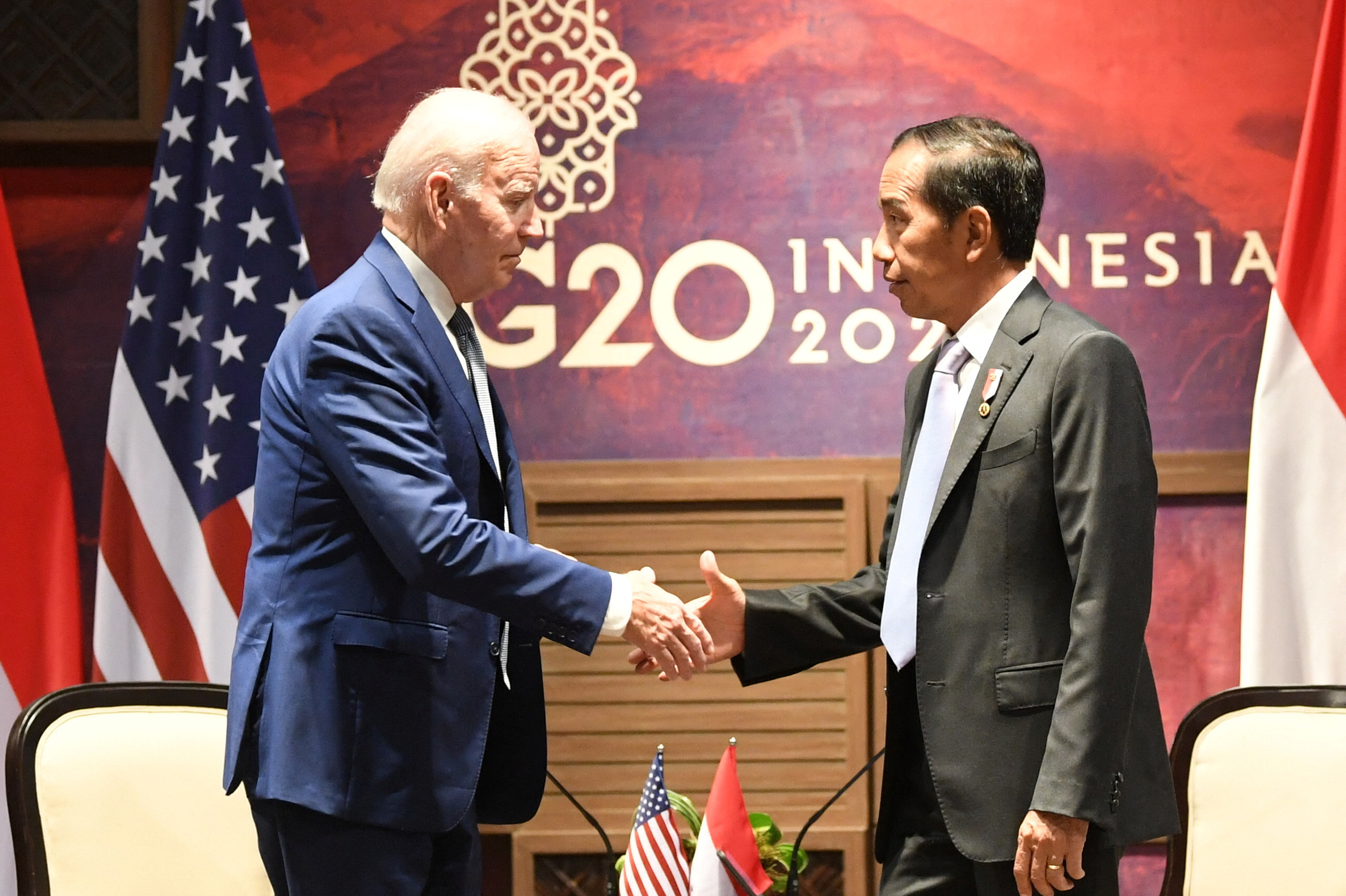 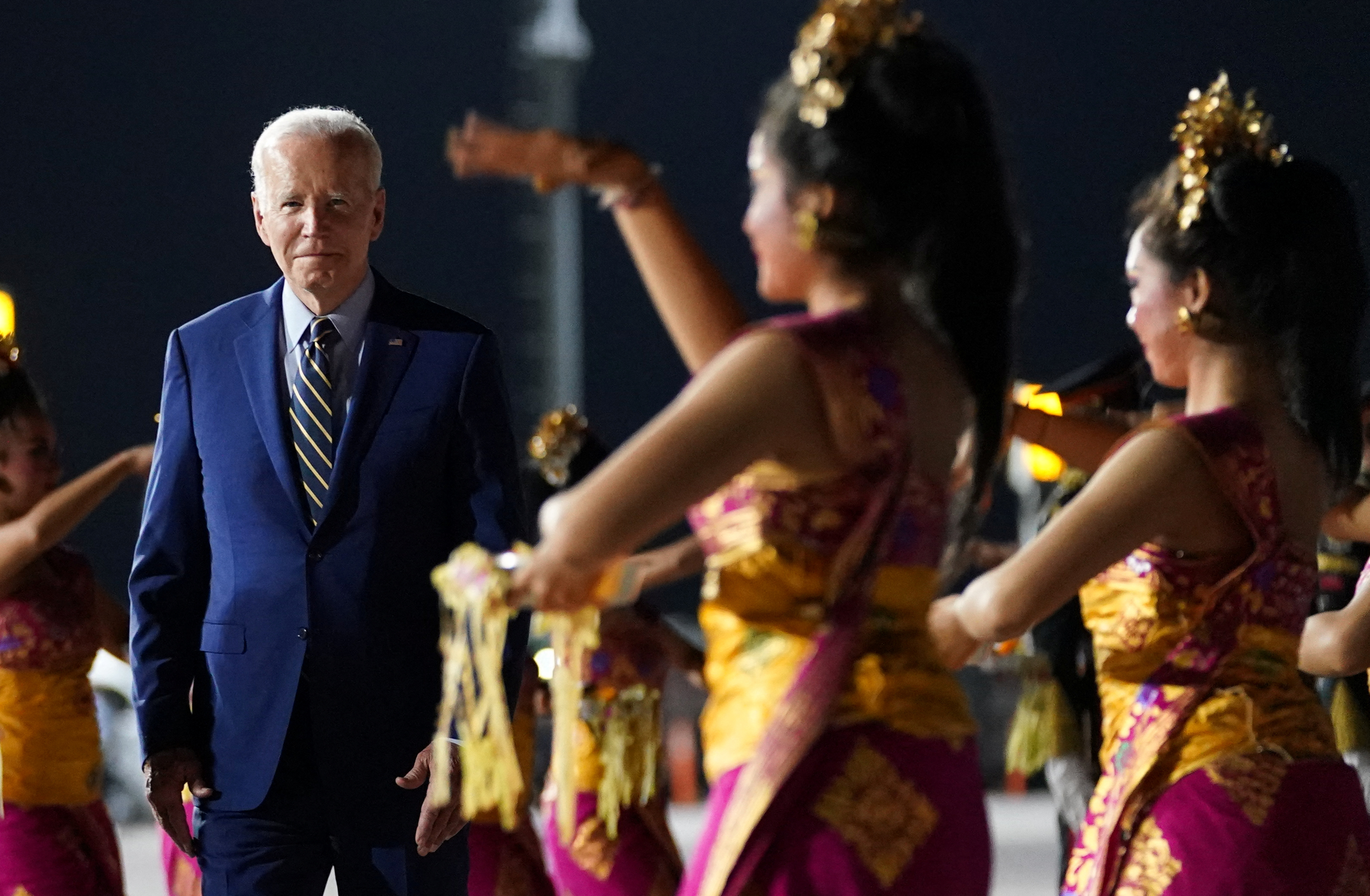