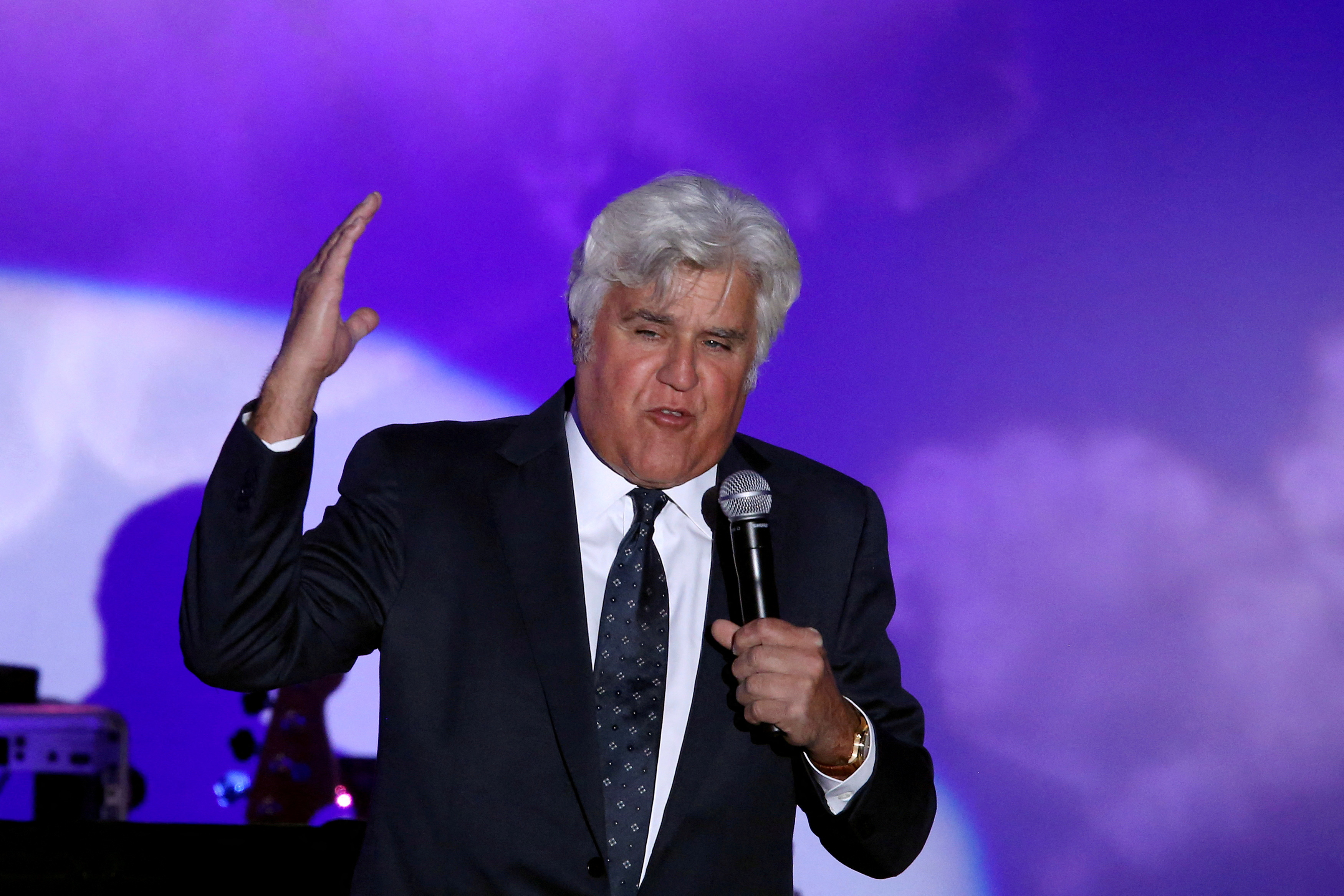 Comedian Jay Leno was taken to Grossman Burn Center after his face was burned in his Los Angeles garage when one of his cars burst into flames..

The left side of former “The Tonight Show” host’s face was burned, but Leno’s eye and ear were not severely damaged.

Leno confirmed the news to Variety, saying in a statement, “I got some serious burns from a gasoline fire. I am ok. Just need a week or two to get back on my feet.”

He had been scheduled to attend a Las Vegas financial conference on Sunday, but plans were canceled following his burn injuries, which were not shared publicly at the time.

Leno, 72, was one of America’s most-watched late night TV hosts, attracting around 4.8 million viewers to his five nights-a-week show. In 2009, he left the show and was replaced by Conan O’ Brien.

Since leaving “The Tonight Show,” Leno began his own CNBC series called “Jay Leno’s Garage” in 2015 and started hosting the “You Bet Your Life” revival in 2021.