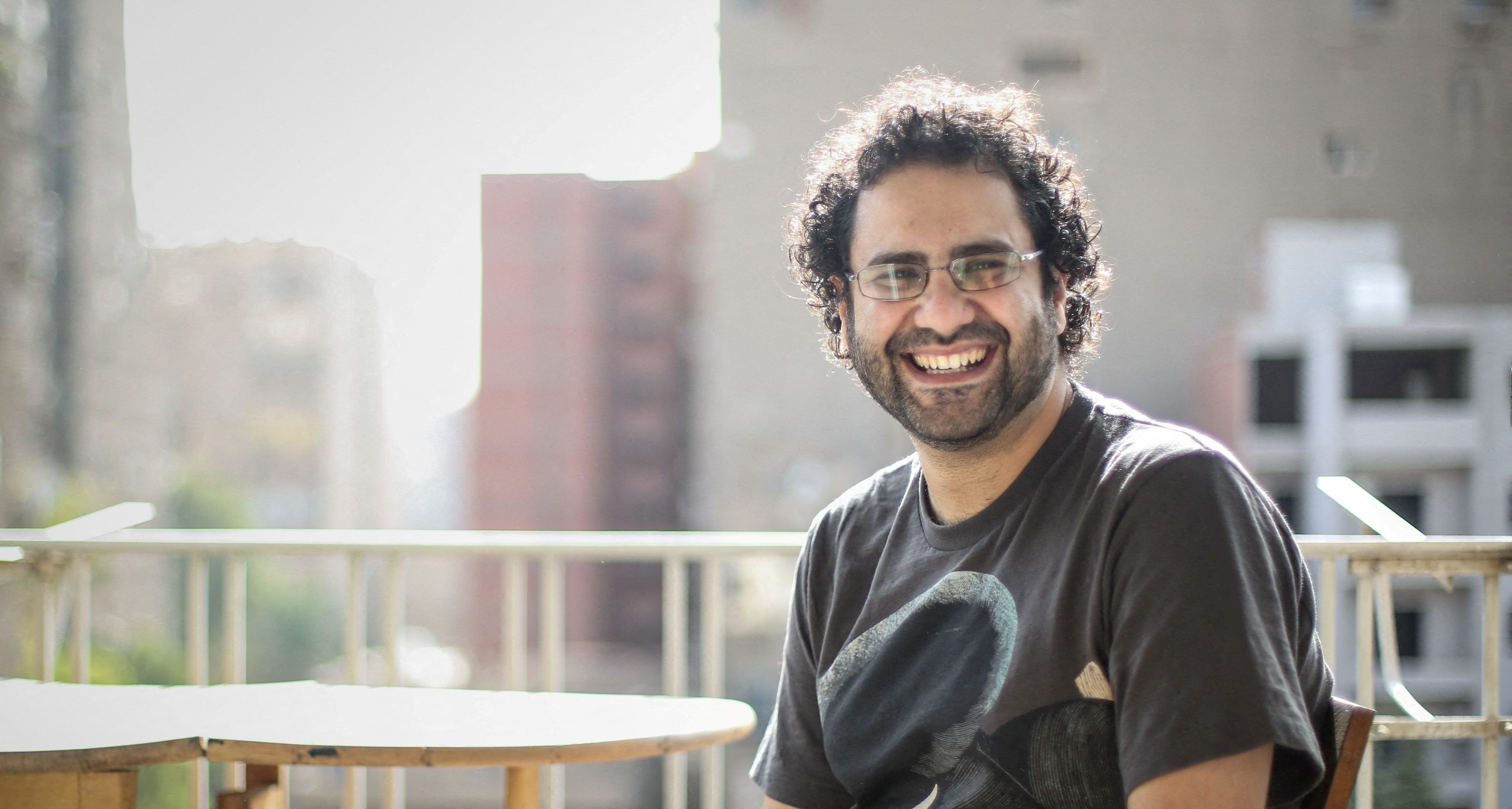 Egyptian-British hunger striker Alaa Abd el-Fattah poses for a photo in unknown location, in this undated handout image obtained by Reuters on November 8, 2022. Courtesy of Omar Robert Hamilton/Handout via REUTERS

The sister of Egyptian-British activist Alaa Abd el-Fattah said on Monday the family had received a letter from prison that served as “proof of life” from the hunger striker.

Abd el-Fattah, who has been on hunger strike against his detention and prison conditions for more than 220 days, had said he was escalating his protest by ceasing to drink water on Nov. 6, the opening day of the COP27 climate summit in Egypt.

Since then his family and his lawyer had made repeated trips to the prison where he is detained northwest of Cairo, but had received no news on his condition.

U.S. National Security Adviser Jake Sullivan said after the meeting on Friday that Washington was doing everything it could to secure Abd el-Fattah’s freedom “as well as the release of a number of other political prisoners” in Egypt.

Abd el-Fattah’s lawyer Khaled Ali said he was at the prison along with his mother Laila Soueif, and was waiting for prison authorities to allow him to visit.

Since 2013, when then-army chief Sisi ousted President Mohamed Mursi of the Muslim Brotherhood, there has been a far-reaching crackdown on political dissent that has swept up liberals and leftists, as well as Islamists. Human rights groups say tens of thousands have been jailed.

Sisi, who became president in 2014, says security and stability are paramount and denies there are political prisoners in Egypt.

Egypt’s public prosecutor said on Thursday Abd el-Fattah was in good health, after the family said they were informed that medical intervention had been carried out to maintain his health.