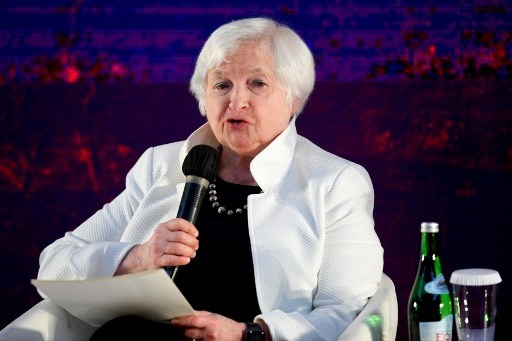 US Treasury Secretary Janet Yellen heaped pressure on Russia on Monday, Nov. 14, ahead of the G20 summit in Indonesia, saying the best way to end world economic tumult was to stop the Ukraine war.

“Ending Russia’s war is a moral imperative and the single best thing we can do for the global economy,” Yellen told reporters as she met French counterpart Bruno Le Maire in Nusa Dua, on the resort island of Bali.

High fuel and food prices are among the top issues set to be discussed at the summit and few G20 countries have escaped the economic pain.

Yellen will hope to build diplomatic pressure for an end to the war by blaming Russia.

Host Indonesia has called for talks and a peaceful resolution to the conflict but, like fellow G20 members China, South Africa and India, has largely avoided criticising Russia directly.

The summit is also expected to discuss the need to extend a Turkish and UN-brokered agreement allowing vital Ukrainian grain and fertiliser exports to transit safely through the Black Sea.

Ukraine is one of the world’s largest producers of both products. Russian President Vladimir Putin had appeared to walk away from the agreement but faced a sharp backlash from developing countries.

The current agreement expires on November 19. Le Maire underscored the need to counteract the effects of Russia’s invasion, namely on soaring fuel prices in Europe.

“I really think that the first issue that we have on the table is how to bring down energy prices and how to get rid of inflation,” he said.