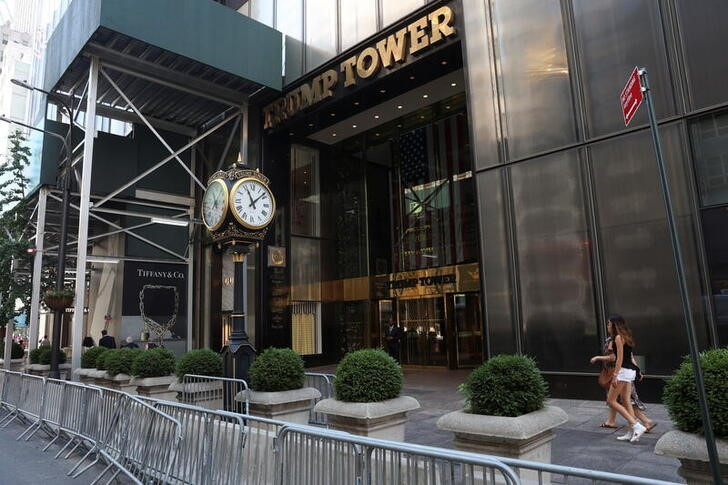 The entrance to Trump Tower on 5th Avenue is pictured in the Manhattan borough of New York City, U.S., June 30, 2021. REUTERS/Angus Mordant

Barbara Jones, a retired U.S. federal judge who also served as a special master in a case involving Donald Trump’s personal lawyer Rudy Giuliani, was appointed on Monday by a New York judge as a watchdog of the former U.S. president’s company.

Both the attorney general’s office and lawyers for Trump proposed Jones, a current partner at law firm Bracewell LLP who previously served as a federal judge in Manhattan for 16 years, as a candidate for the role in court papers filed on Thursday.

Arthur Engoron, the Manhattan-based New York state supreme court judge overseeing the case, wrote in a court filing on Monday that Jones had confirmed in a telephone call that she will accept the appointment.

Jones did not immediately respond to a request for comment.

In June 2021, Jones was selected as a court-appointed “special master” to review evidence seized from Giuliani as part of a probe into his business dealings in Ukraine. Jones had previously performed the same role in a criminal investigation into Michael Cohen, another former Trump lawyer, which ended in Cohen pleading guilty and serving prison time.

Giuliani has not been charged with a crime and denies wrongdoing. Also on Monday, federal prosecutors in Manhattan said the probe had concluded and no charges were forthcoming.

In his Nov. 3 order, Manhattan trial court judge Engoron called appointing a monitor the best way to “ensure there is no further fraud or illegality” at the Trump Organization, which operates hotels, golf courses and other real estate around the world.

Trump is appealing Engoron’s order, which he has called “ridiculous.” He has said James’ lawsuit is politically-motivated and denied wrongdoing.

The other candidates recommended by the Attorney General’s office were Aaron Marcu, a former prosecutor and current partner at Freshfields Bruckhaus Deringer who has served as an independent monitor in a number of cases, and Frances McLeod, the founder of Forensic Risk Alliance, a firm focusing on compliance monitorships.

Trump and the Trump Organization had also recommended Kelly Donovan, a managing director at accounting firm KPMG and former lawyer with the New York state attorney general’s office, as a possible candidate.