Leaders of the Group of 20 (G20) major economies open talks on Tuesday on the island of Bali, after a final pitch by host Indonesia for the bloc to focus on action to help a global economic recovery despite deep rifts due to the war in Ukraine.

The G20, which includes countries ranging from Brazil to India, Saudi Arabia and Germany, accounts for more than 80% of the world’s gross domestic product), 75% of international trade and 60% of its population.

A positive sign on the eve of the summit was a three-hour bilateral meeting between U.S. President Joe Biden and Chinese leader Xi Jinping in which the two leaders pledged more frequent communications despite many differences.

Monday’s meeting was the first time the two had met in person since Biden became president and the talks appeared to signal an improvement in relations between the superpowers after a downward spiral in recent months.

With the Ukraine war and a global spike in inflation overshadowing the summit, Indonesia’s president made a fresh appeal to the leaders of the world’s richest countries to unite at least on economic matters.

“We hope the G20 summit can deliver concrete partnerships that can help the world in its economic recovery,” President Joko Widodo said after a bilateral meeting with Biden.

The Indonesian leader, widely known as Jokowi, also asked the European Commission and the G7 bloc to lend “support and flexibility” so that the summit can produce concrete results, he said in a statement.

Russia’s invasion of Ukraine triggered calls by some Western leaders for a boycott of the summit and for the withdrawal of Russian President Vladimir Putin’s invitation.

Indonesia resisted, refusing to withdraw Putin’s invitation, and also rejecting what Indonesian sources say has been pressure from G7 nations to condemn Russia at the summit this week.

Russia has said Putin was too busy to attend the summit with Foreign Minister Sergei Lavrov taking his place. Lavrov on Monday dismissed a news agency report that he had been taken to hospital in Bali with a heart condition.

Ukraine’s President Volodymyr Zelenskiy is due to address the summit via video link on Tuesday.

A joint G20 communique, which would need to be agreed by all parties, appears unlikely, with Indonesia instead pushing for a leaders’ declaration, diplomatic sources say.

“The war and the geopolitical tensions that have increased mean the diverse interest among G20 members have grown wider,” said Jose Rizal, executive director of the Centre for Strategic and International Studies.

British Prime Minister Rishi Sunak said on Tuesday that Putin’s regime will hear the chorus of global opposition to its actions. Sunak will call on G20 for coordinated action to address economic instability and the rising cost of living in the wake of Russia’s invasion, his government said.

Biden will be “unapologetic” in his defence of Ukraine, U.S. officials have said.

“I won’t get ahead of the final negotiations but the G20 will make clear that Russia’s war is wreaking havoc for people everywhere and for the global economy as a whole,” said one official, who spoke about the U.S. view on the summit on condition of anonymity.

But Xi and Putin have grown increasingly close in recent years, and reaffirmed their partnership just days before Russia invaded Ukraine. Nevertheless China has been careful not to provide any direct material support that could trigger Western sanctions against it.

Biden and Xi “underscored their opposition to the use or threat of use of nuclear weapons in Ukraine” during their meeting, according to a White House statement. A statement from the Chinese foreign minister said Xi told Biden nuclear weapons cannot be used and nuclear wars cannot be fought.
Ukraine’s Zelenskiy late on Monday welcomed “weighty statements” being made ahead of the G20 including on the inadmissibility of threats to use nuclear weapons.

The West has accused Russia of making irresponsible statements on the possible use of nuclear weapons since its February invasion of Ukraine. Russia has in turn accused the West of “provocative” nuclear rhetoric.

G20 leaders will denounce the use of, or any threat to use, nuclear weapons, according to an early draft of a G20 statement seen by Reuters.

“We should try to use the G20 meeting to try to convince all the partners to put more pressure on Russia,” European Council President Charles Michel told a news conference, criticising the country for triggering a global energy and food crisis with an “unprovoked” war.

On the sidelines of the summit, many of the leaders will hold bilateral talks, including several of them meeting Xi, who is making only his second visit overseas since the start of the pandemic. He is scheduled to hold talks with Australian Prime Minister Anthony Albanese, South Korean President Yoon Suk-yeol and later with Japanese Prime Minister Fumio Kishida. 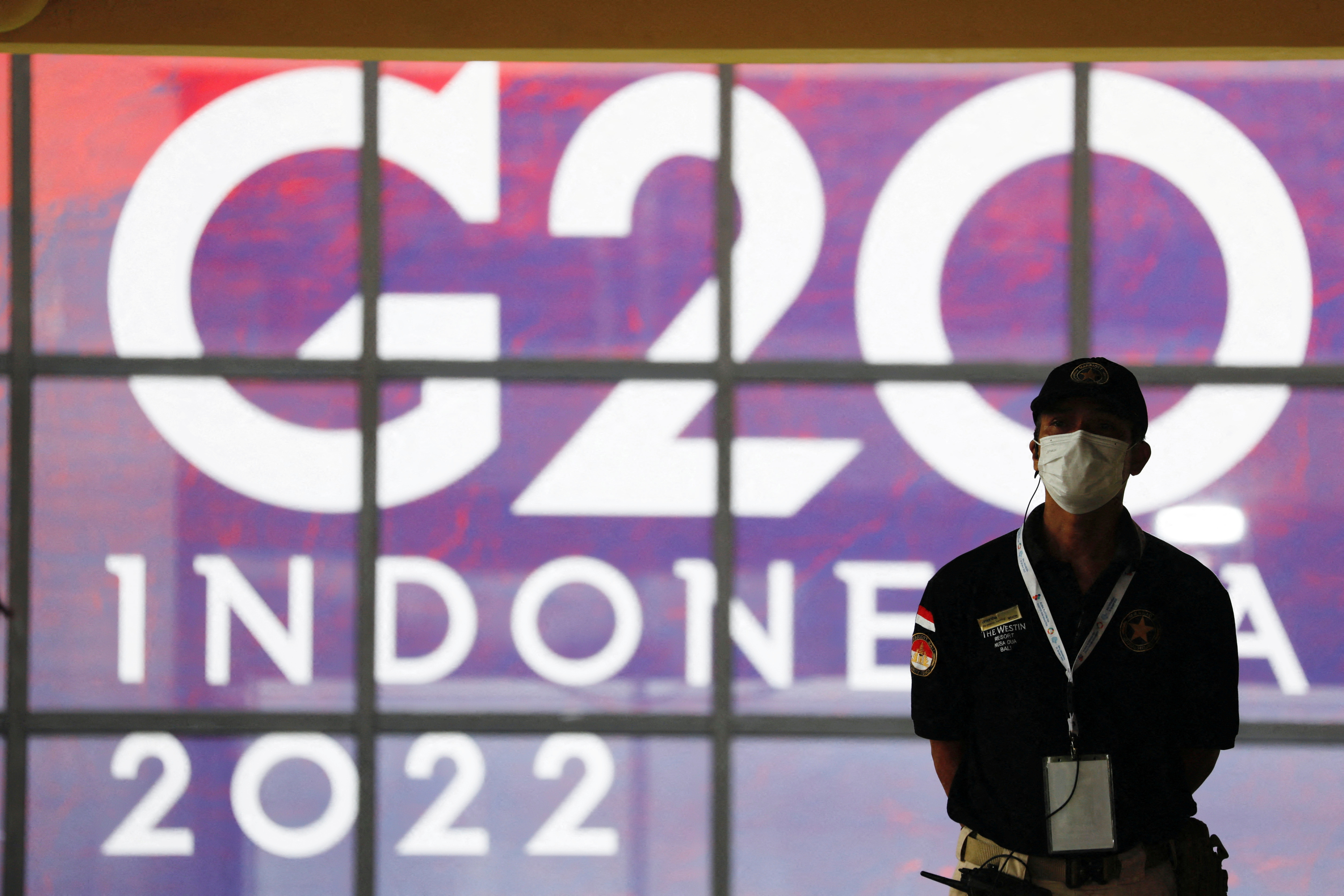 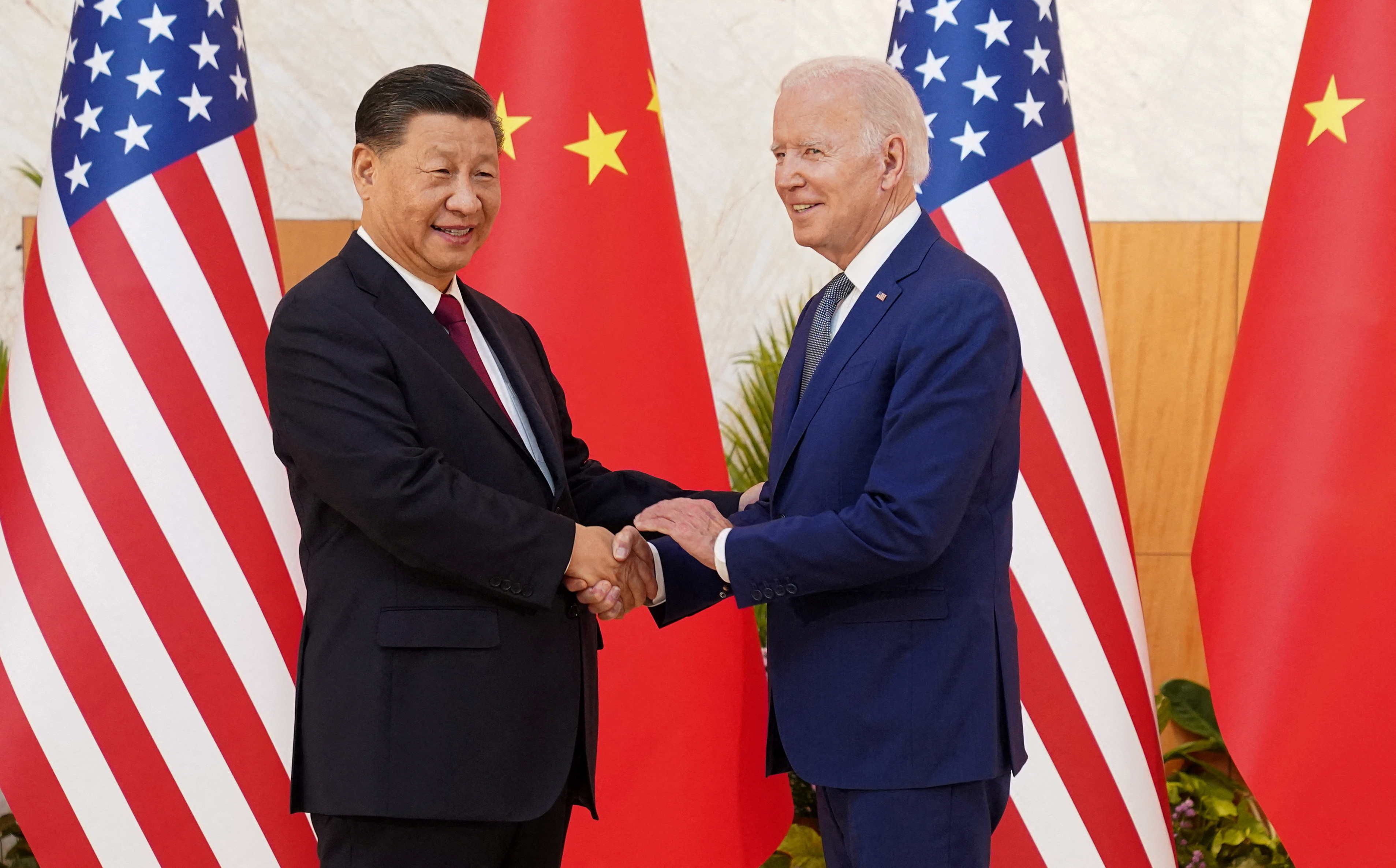