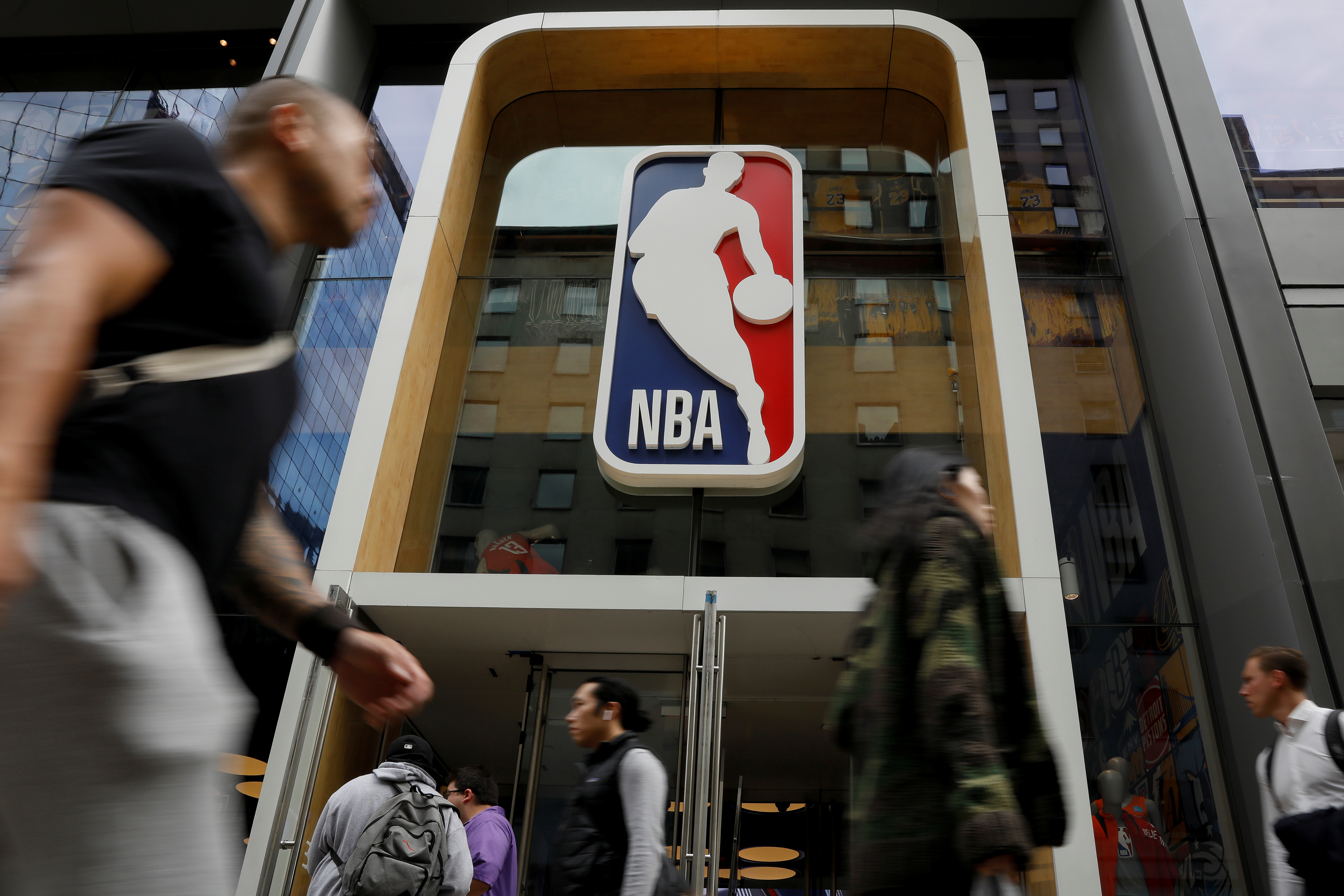 The NBA logo is displayed as people pass by the NBA Store in New York City, U.S., October 7, 2019. REUTERS/Brendan McDermid

The National Basketball Association has been sued by three longtime referees who say the league fired them this year after they refused to be vaccinated against COVID-19 over religious objections.

In a complaint filed on Saturday in Manhattan federal court, Kenny Mauer, Mark Ayotte and Jason Phillips said the league improperly forced compliance with its “hygienic norms,” and wrongly concluded that their sincere religious objections fell short of its “high standard” against being vaccinated.

The plaintiffs said the NBA’s “jab or job ultimatum” led to their suspensions for the 2021-2022 season, when the league required COVID vaccinations for all employees other than players.

They said the league refused to reinstate them despite lifting the vaccine requirement for the 2022-2023 season, consistent with the ban on vaccine mandates under its new seven-year collective bargaining agreement with referees.

“Had the NBA not taken upon itself to force faith-based conscientious objectors to adhere to secular norms, none of plaintiffs’ complained-of injuries would have manifested,” the complaint said. “In sum: Plaintiffs were persecuted.”

The NBA and the former referees’ lawyer did not immediately respond to requests for comment.

Mauer and Ayotte said they were NBA referees for 35 years and 17 years, respectively, before being suspended, while Phillips was a referee for 19 years before becoming vice president of referee operations and a replay center principal.

The lawsuit accuses the NBA of violating federal civil rights law and New York state and city human rights laws. It seeks front and back pay, punitive damages, and damages for reputational harm and for pain and suffering.