In 1992, the term “metaverse” was referenced in Neil Stevenson’s sci-fi novel, “Snow Crash”, which surfaced the dystopian reality of the convergence of physical and virtual worlds. Today, Meta, formerly known as Facebook, focuses on the potential of the “metaverse” and its ability to provide a plethora of immersive and augmented experiences. It’s been predicted that metaverse technologies will be valued at $800 billion by 2025 and perhaps $2.5 trillion by 2030. With such promising valuations, the application of metaverse technologies to a variety of non-commercial use cases should surface additional discussions, along with universal access to augmented and virtual realities (AR/VR) by diverse populations, especially students.

In this episode of Tech Tank, co-host, Nicol Turner Lee, speaks with Rashawn Ray, Governance Studies senior fellow and professor of Sociology and executive director of the Lab for Applied Social Science Research at the University of Maryland; and Kinnis Gosha, executive director and chief research officer of the Center for Broadening Participation in Computing at Morehouse College. These experts discuss the current and future possibilities of AR/VR and the metaverse, and the impact on public sector applications. They also dive into how to attract more diverse developers and subscribers on these spaces.

You can listen to the episode and subscribe to the TechTank podcast on Apple, Spotify, or Acast.

Meta is a general unrestricted donor to the Brookings Institution. The findings, interpretations, and conclusions posted in this piece and podcast are solely those of the authors and not influenced by any donation. 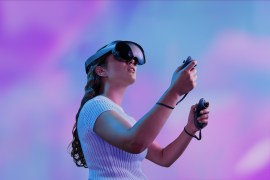