Listen to this article
2022-11-14T12:51:44Z
Turkish police released footage of blast suspect being arrested on Monday (November 14) after six people were killed in Istanbul’s main shopping street on Sunday.

Turkey blamed Kurdish militants on Monday for an explosion that killed six people in Istanbul and police detained 47 people including a Syrian woman suspected of planting the bomb, but the Kurdistan Workers Party (PKK) denied involvement.

No group has claimed responsibility so far for Sunday’s blast on the busy pedestrian Istiklal Avenue, left 81 people wounded, sending debris flying into the air and hundreds of shoppers, tourists and families fleeing the scene.

Interior Minister Suleyman Soylu said the PKK and the Syrian Kurdish YPG militia were responsible for the blast, an incident that recalled for Turks similar attacks in years past.

Soylu said the order was given in Kobani, a city in northern Syria, where Turkish forces have carried out operations against the YPG in recent years.

Ankara says the YPG is a wing of the PKK. The United States has supported the YPG in the conflict in Syria, stoking friction between NATO allies.

In a statement on its website, the PKK denied involvement and said it would not target civilians.

Police named the suspected bomber as Ahlam Albashir, a Syrian national, who was detained in an overnight raid.

Albashir, with curly hair and in a purple jumper with the words “New York” on it, was shown handcuffed in footage released by state broadcaster TRT.

According to police, Albashir said during questioning that she was trained by Kurdish militants and entered Turkey through Afrin, another northern Syrian town.

Earlier television news reports showed images of a person, who appeared to be a woman, leaving a package below a raised flower bed in the middle of the avenue just before the attack.

A Turkish official said the possibility of Islamic State being responsible for the attack was “not entirely disregarded.”

Six Turkish citizens, two members each of three families, were killed in the attack.

Six people were being treated in intensive care, two of whom were in a critical condition, authorities said. They were among the 24 wounded still in hospital, while another 57 people were discharged after treatment.

The attack sparked concerns that more such incidents could occur ahead of elections set for June 2023, which polls suggest President Tayyip Erdogan could lose after two decades in power.

Istanbul has been attacked in the past by Kurdish, Islamist and leftist militants. A wave of bombings and other attacks began nationwide when a ceasefire between Ankara and the PKK broke down in mid-2015, ahead of elections in November that year.

“It has been a disaster,” said Lokman Kalkan, who was sweeping shattered glass and bloodstains from the floor outside his suitcases shop near the blast site. “This is all that happened. People were fighting for their lives.”

International condemnations of the attack and condolences for the victims poured in. Soylu, a fierce critic of Washington, likened the U.S. condolences to “the murderer arriving as one of the first at the scene of the crime”.

Turkey has carried out three incursions in northern Syria against the YPG and Erdogan said this year another operation was imminent.

The PKK has led an insurgency against the Turkish state since 1984 and more than 40,000 people have been killed in clashes. It is considered a terrorist organisation by Turkey, the European Union and the United States. 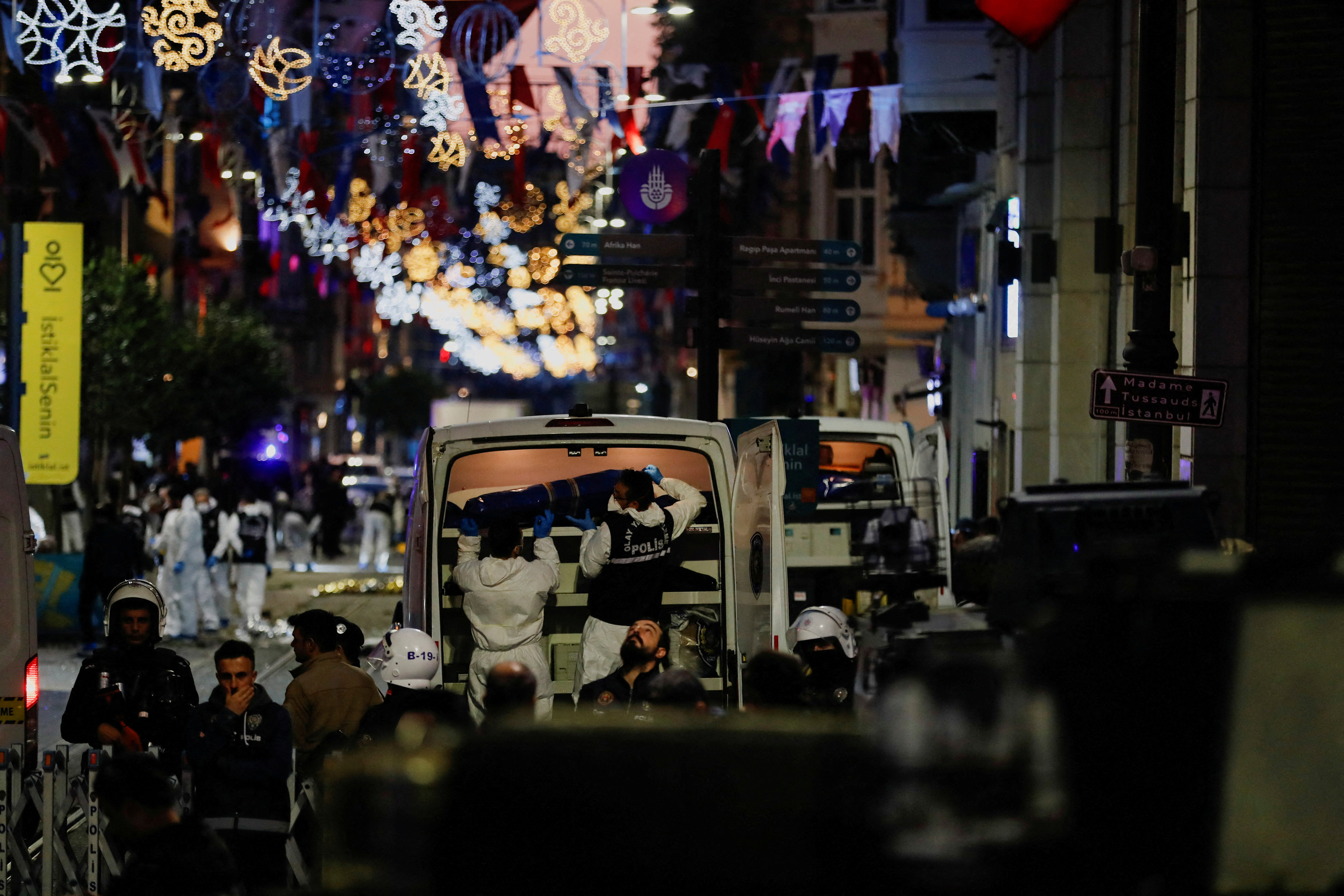 Police members transport the body of an unidentified person after an explosion on busy pedestrian Istiklal street in Istanbul, Turkey, November 13, 2022. REUTERS/Kemal Aslan 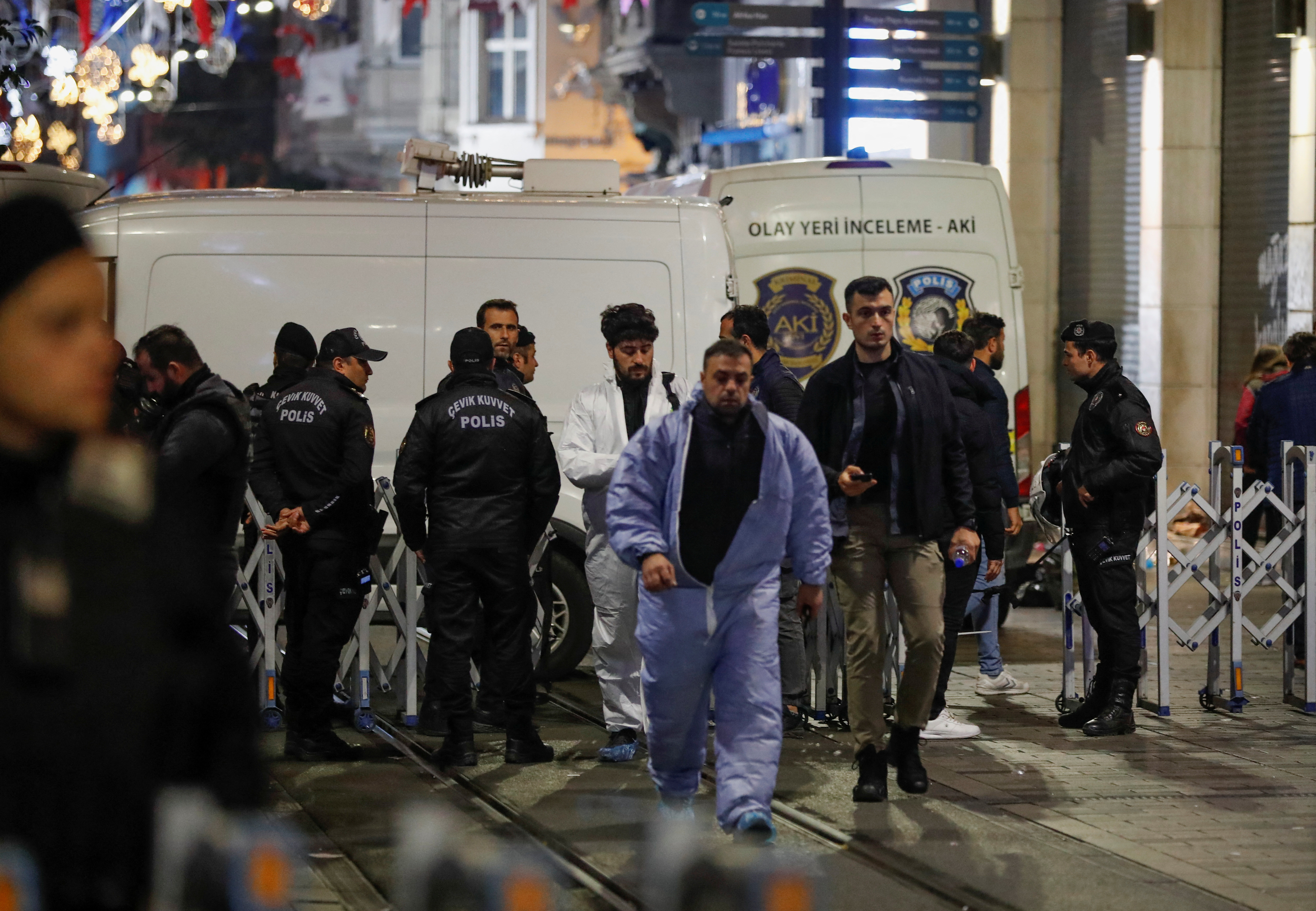 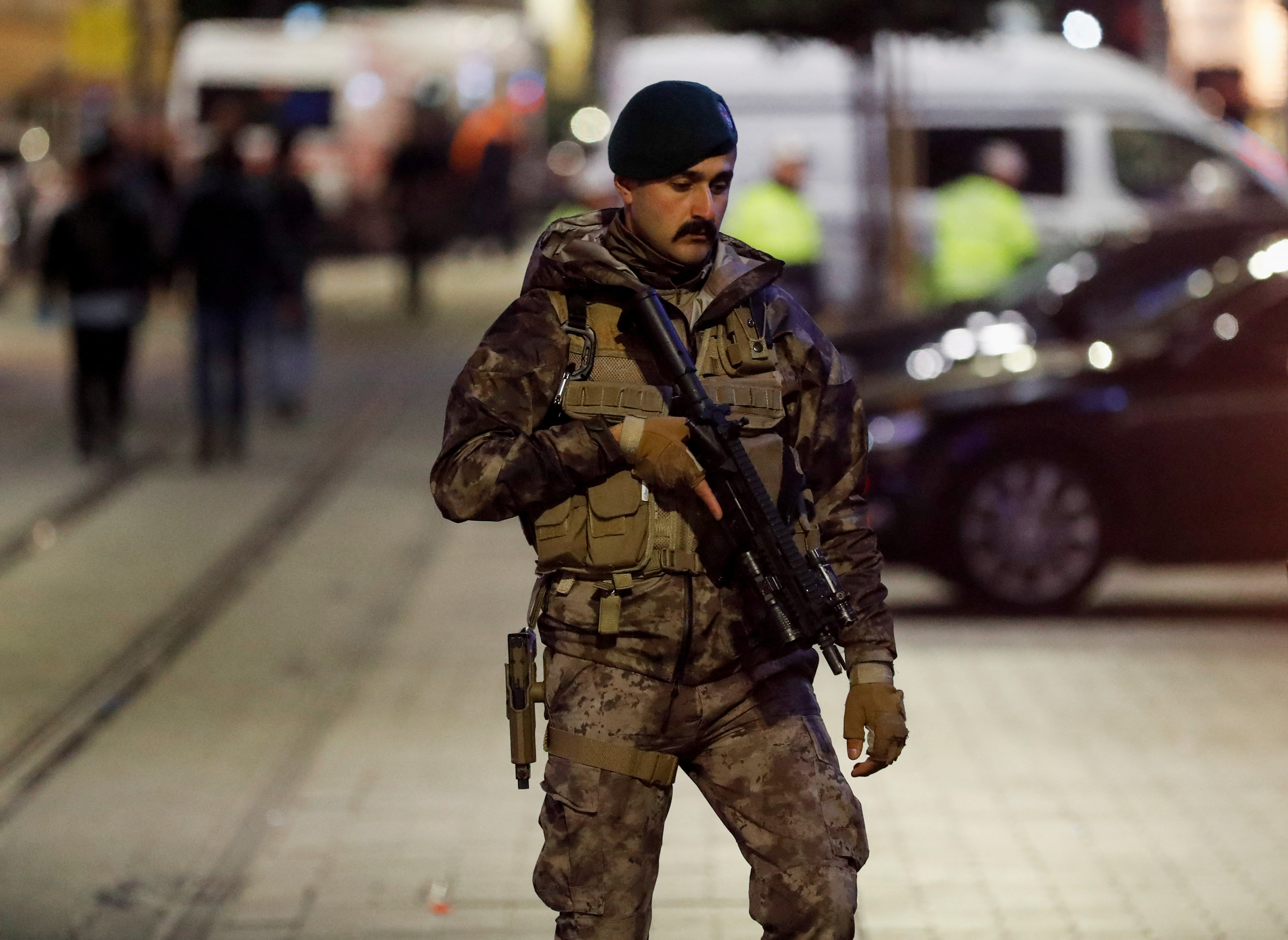 A member of the security forces stands guard near the scene after an explosion on busy pedestrian Istiklal street in Istanbul, Turkey, November 13, 2022. REUTERS/Kemal Aslan 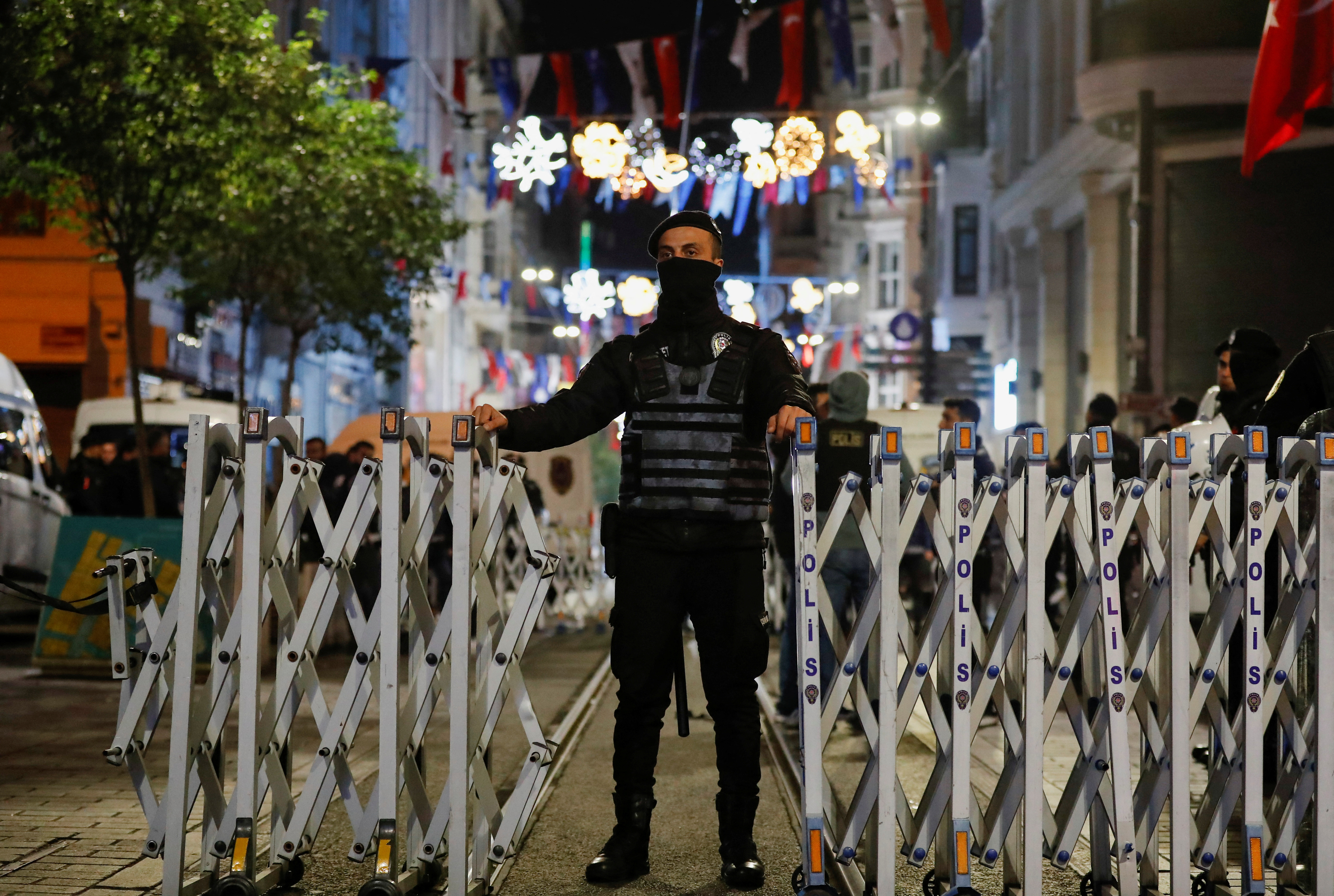 A police officer blocks the street after an explosion on busy pedestrian Istiklal street in Istanbul, Turkey, November 13, 2022. REUTERS/Kemal Aslan 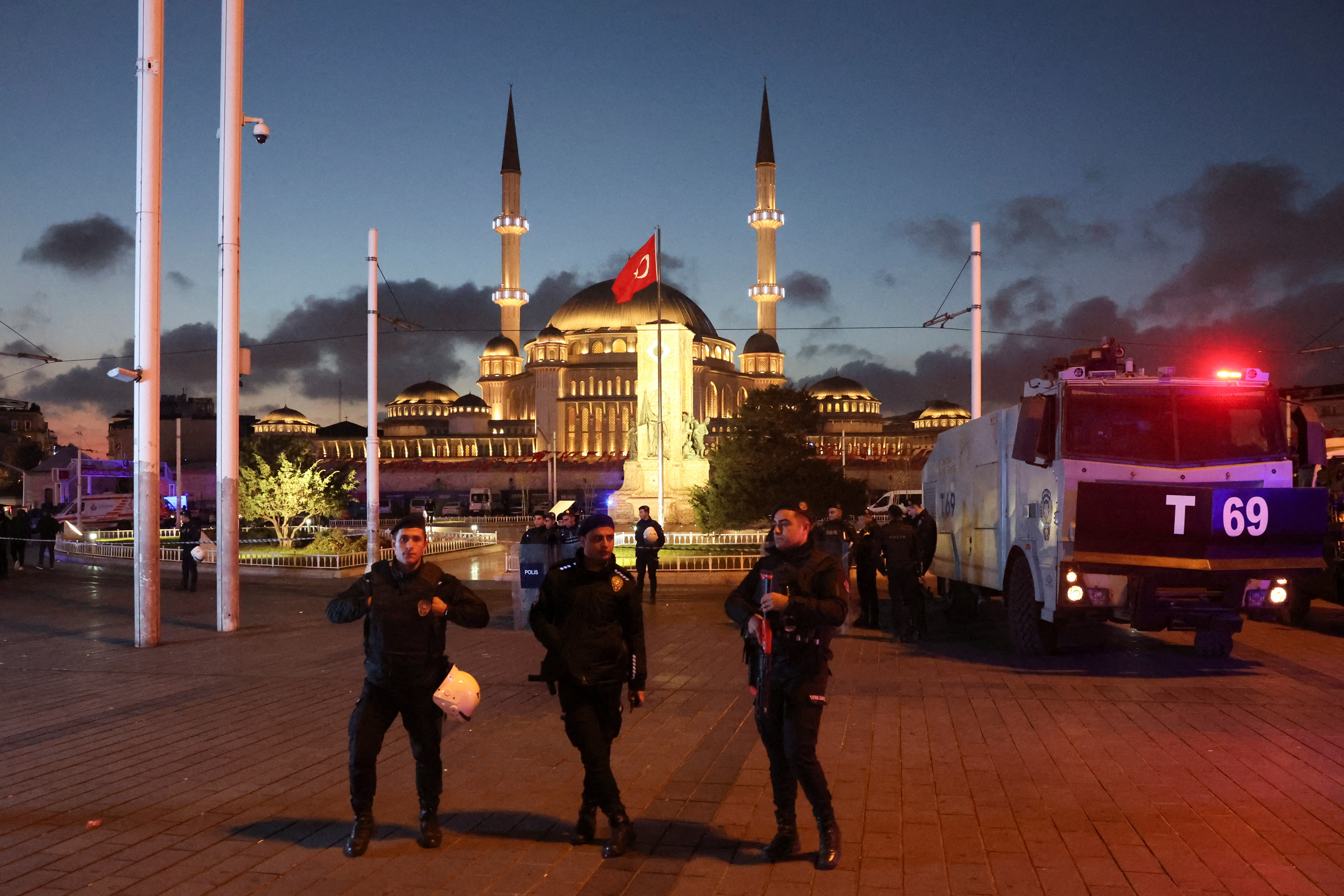