Relatives of the 298 people who died when Flight MH17 was shot down over Ukraine in 2014 hope that judges issuing a verdict in a Dutch murder trial on Thursday will highlight what they see as Russia’s overarching role in the incident.

Prosecutors have demanded life sentences for three Russians and one Ukrainian accused of suppling the missile system that Russian-backed separatists used to fire a rocket at the Malaysia Airlines passenger jet traveling from Amsterdam to Kuala Lumpur.

Moscow has denied any wrongdoing and repeatedly dismissed the findings of investigators that the missile launcher used in the attack came from a Russian military base in Kursk and that Russia was backing rebels in Ukraine fighting government forces.

The verdict has gained greater significance since Russia’s invasion of Ukraine in February, which has seen the Netherlands supply weapons to Kyiv, further straining already difficult diplomatic relations.

It could be the first time a court rules on Russia’s role in fighting in Ukraine since its invasion of Crimea in 2014. If it does implicate Russia, that could impact other cases, including one in the United Nation’s top court, the International Court of Justice, a legal expert said.

Kyiv launched a case accusing Moscow of financing terrorism in 2017 over its alleged support for separatist groups in Ukraine.

None of the four suspects, who prosecutors say arranged for the missile launcher to be transported to eastern Ukraine, are in custody and only one is participating in the proceedings.

“It can’t be so that a state who facilitates mass murder can get away with it, so the role of the Russian state is very important to us,” Piet Ploeg, spokesperson for the relatives, said ahead of the ruling.

Ukraine has claimed in legal cases against Russia in European courts and at the ICJ that Moscow controlled separatists in the Donbas region where MH17 was shot down.

Prosecutors have said they will are still investigating the role of more senior officials and have identified at least one other person of interest.

A number of those cases also include allegations linked to the Russian invasion on Ukraine in February of this year, which Moscow refers to as a “special military operation”.

“These will be the first judges, indirectly in the criminal trial, that will pronounce legal rulings on that claim by Ukraine (…) it will have so many repercussions,” Marieke de Hoon, assistant professor of international criminal law and the University of Amsterdam , who closely followed the MH17 trial said.

The Dutch MH17 murder trial started in March 2020. One suspect, Oleg Pulatov, has sent lawyers to represent him. The others, Russians Sergey Dubinsky and Igor Girkin and Ukrainian Leonid Kharchenko, have never cooperated with the court and are being tried in absentia.

Judges will start pronouncing their verdict Thursday at 1:30 p.m. local time (1230 GMT) at the high-security court next to Amsterdam’s Schiphol Airport. 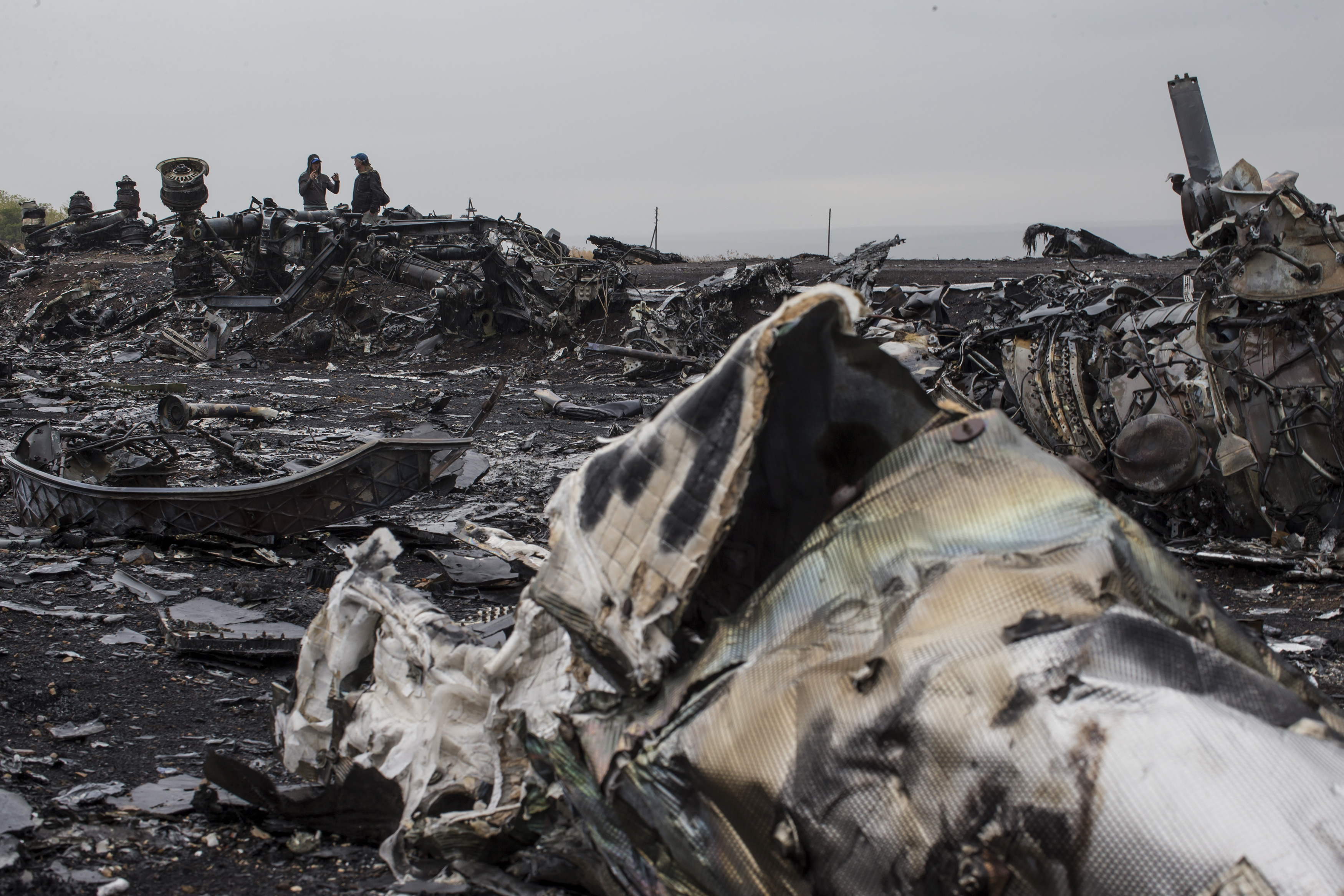 People talk near the remains of fuselage of the downed Malaysia Airlines flight MH17, near the village of Hrabove (Grabovo) in Donetsk region, eastern Ukraine September 9, 2014. REUTERS/Marko Djurica 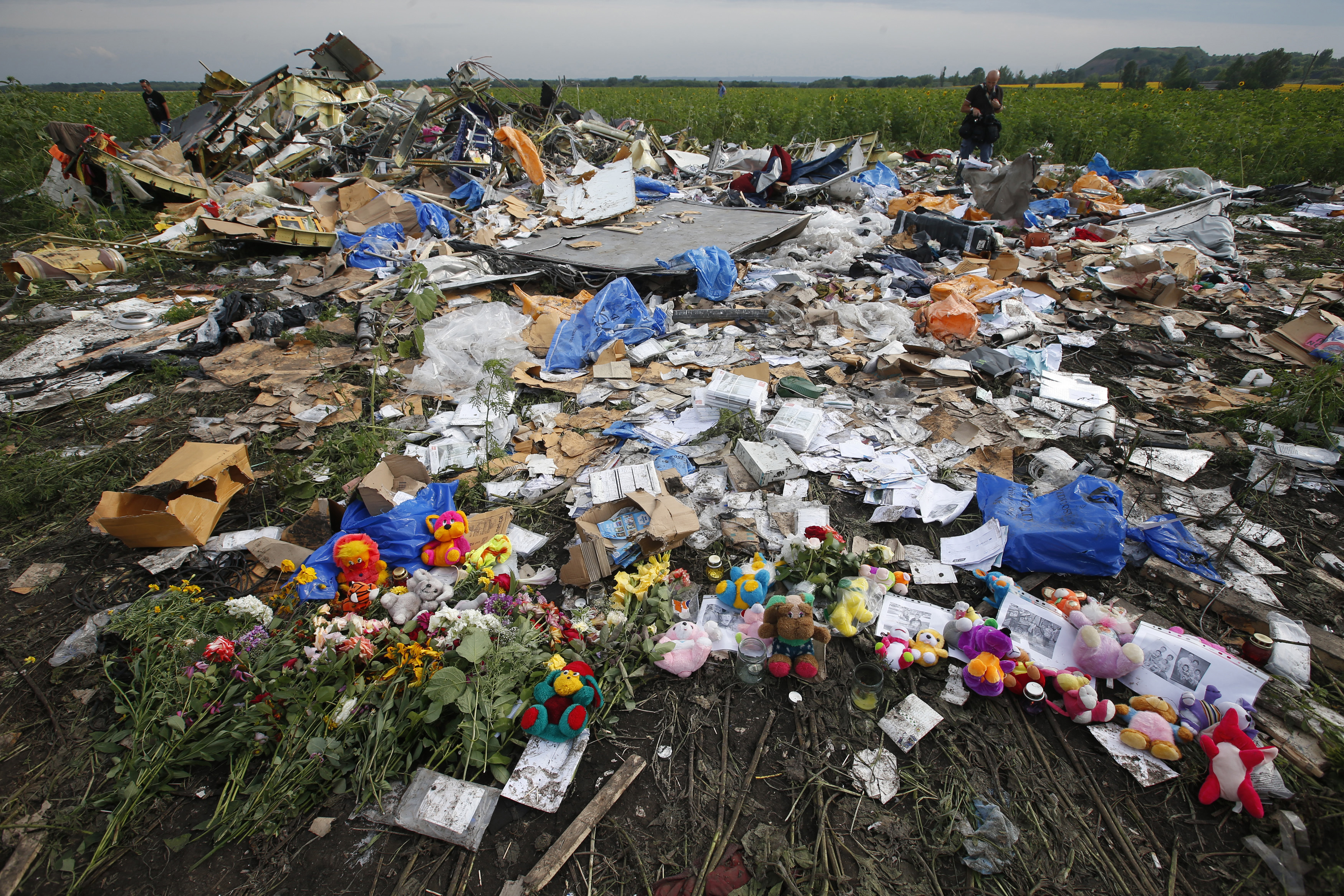 Flowers and mementos left by local residents at the crash site of the Malaysia Airlines Flight MH17 are seen near the settlement of Rozspyne in the Donetsk region, in this July 19, 2014 file photo. REUTERS/Maxim Zmeyev/Files
获取更多RSS：
https://feedx.net
https://feedx.fun
Advertisements
Advertisements