CHARLOTTESVILLE, Va. (WRIC) — An overnight manhunt for a man accused of killing three people and injuring two others in a shooting at the University of Virginia ended Monday with the suspect’s arrest.

The shooting occurred near the heart of campus just before 11 p.m. Sunday.

University football players Lavel Davis Jr., Devin Chandler and D’Sean Perry were confirmed to have been killed in the shooting. Two additional victims were taken to the hospital with injuries, including one in critical condition and another in good condition, according to the school.

Henrico County Police said the suspect, identified as Christopher Darnell Jones Jr., was taken into custody without incident around 11 a.m. on the border of Henrico and Richmond, Virginia.

Who is Christopher Darnell Jones Jr.?

Jones is currently enrolled as a student at UVA, where he was a member of the football team in 2018. The 5-foot-9-inch, 195-pound man is from Petersburg, Virginia, where he played linebacker and running back at Petersburg High School during his senior year. He also has ties to Henrico County, where he spent his first three years of high school at Varina. 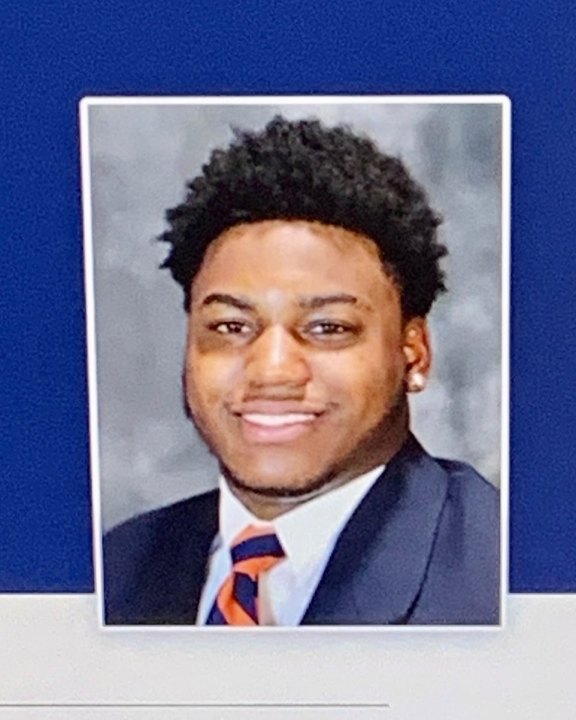 In high school at Varina, Jones had success in academics, earning “Student of the Year” twice. He also earned honorable mention all-conference as a freshman and second-team accolades as a sophomore and junior. Jones was a member of the National Honor Society, National Technical Honor Society, president of Key Club and president of the Jobs for Virginia Grads Program.

He has three siblings.

Jones was the only suspect identified in the deadly Sunday night shooting. The University of Virginia campus remained on lockdown almost 12 hours after the shooting, with students sheltering in place across school grounds.


Three dead, 2 hurt after shooting on University of Virginia campus

Classes at the university were canceled Monday, and Charlottesville and Albemarle County schools were closed “out of an abundance of caution.”