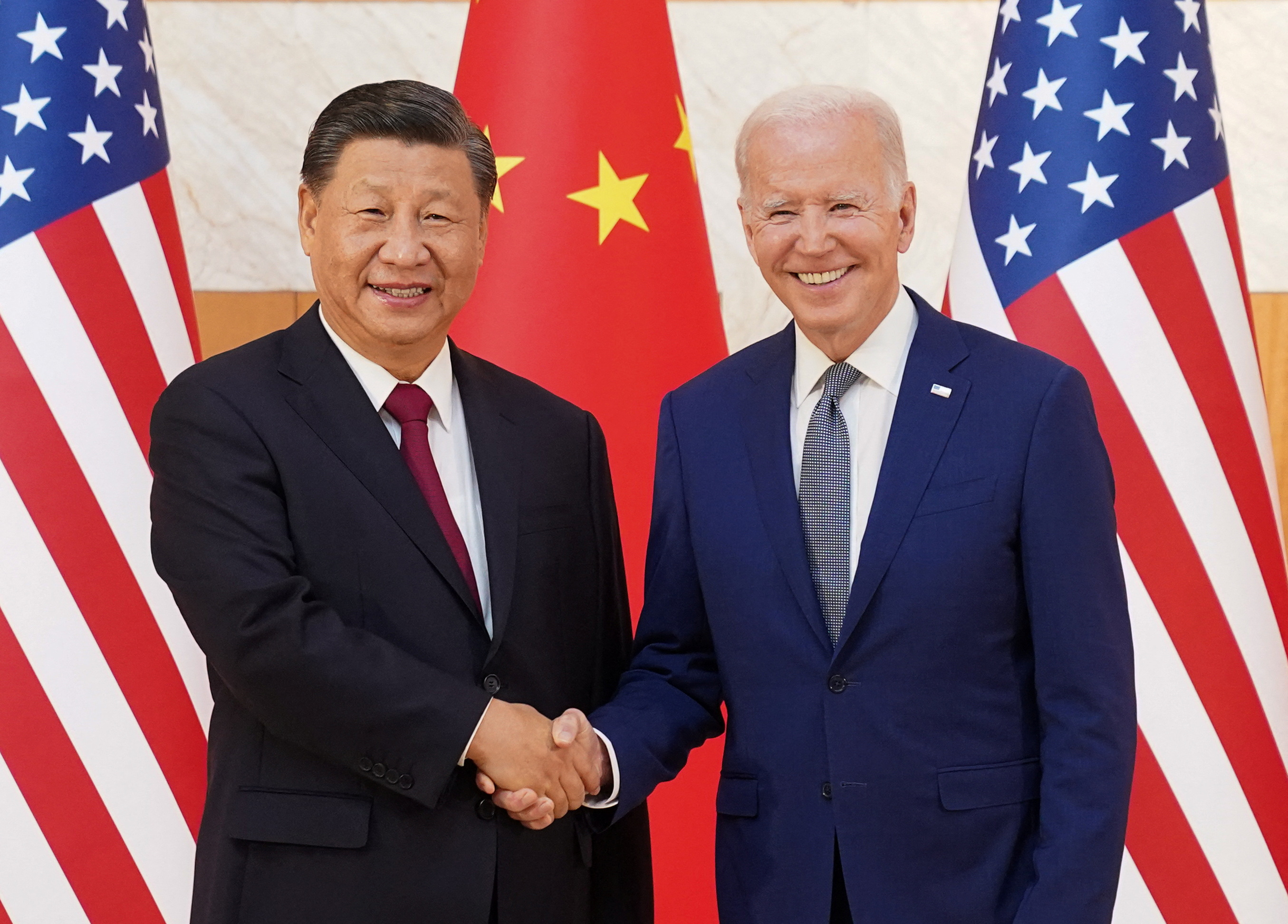 Their photo op looked good for U.S. and Chinese leaders Joe Biden and Xi Jinping, but the superpowers remain driven by geopolitical rivalry despite their pledge to cooperate on global issues like climate change and public health.

Biden and Xi sought in their meeting in Bali this week to ease tensions between the United States and China, and some experts saw an improvement in the mood after relations atrophied to near historic lows this summer.

Chinese state media prominently posted a photo of Xi and Biden smiling broadly at their meeting, a sure signal that Beijing was keen to promote the sense of better ties.

After the meeting, Biden said there was no need for a new Cold War, and that he did not think China was planning a hot one, adding: “I do not think there’s any imminent attempt on the part of China to invade Taiwan.”

Analysts said Biden’s Taiwan remark was an important step to ease tensions but fundamental differences remain on Taiwan and a wide range of other issues, including trade and U.S. moves to restrict Chinese access to technology that can be used in weapons development.

They said the key challenge ahead for Biden would be to get China to separate progress on global issues where they can work together from intractable bilateral disputes, something Beijing has for long resisted.

Thom Woodroofe, a climate policy expert at the Asia Society Policy Institute, said the Xi-Biden nod to the resumption of climate talks was welcome, but it was essential it be isolated from the thorniest issues in their relationship.

“Geopolitics cannot continue to be the tail that wags the climate dog between the world’s two largest emitters,” he said.

Perhaps the most concrete outcome was that U.S. Secretary of State Antony Blinken now plans to visit to China early next year. It would be the highest level U.S. visit to China in more than four years.

U.S.-China relations soured dramatically under former President Donald Trump. A fiery exchange between officials early in the Biden administration sparked global alarm and the State Department said it was not looking to engage China in “talks for the sake of talks.”

In August, Beijing suspended eight formal communications channels, including on climate change, and another between the countries’ militaries, to protest a visit to Taiwan by Nancy Pelosi, Speaker of the U.S. House of Representatives.

The tensions raised fears of superpower conflict over Taiwan – the democratic island Beijing has vowed to bring under its control, by force if necessary – given that Washington is obliged to provide Taipei with the means to defend itself.

Jude Blanchette, a China expert at Washington’s Center for Strategic and International Studies, described the improved mood this week as a temporary arrest in a “near vertical downward deterioration” in ties.

“We shouldn’t get over our skis and over-interpret how fundamental a shift this is,” Blanchette said.

“The three-hour meeting with Biden, where are the results? I don’t see it. All that was said had been said previously. Both sides stuck to their original positions.”

Daniel Russel, the top U.S. diplomat for East Asia under former President Barack Obama, said he had heard strong hints in U.S. readouts from the meeting that China might be willing to take at least preliminary steps toward cooperation on some global issues.

However, he cautioned: “This should be treated as an experiment, not a done deal, and the extent of progress will be influenced by how well, or poorly, the bilateral problems are being managed.”