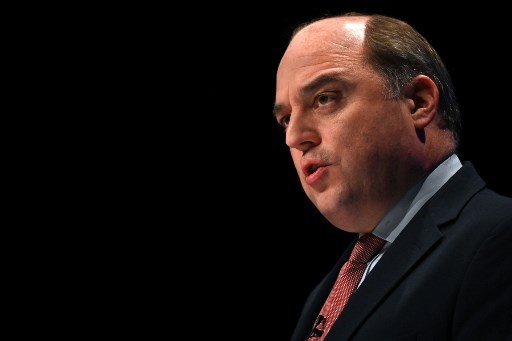 Russia’s withdrawal from Kherson, a strategically important city in the south of Ukraine, has prompted the U.K. Secretary of State for Defense Ben Wallace to sound an alarm about additional so-called Russian cannon fodder in a London interview on Monday, Nov 14.

The loss of the city, according to Mr. Wallace, will concern and displease Moscow, but he urged caution in light of the festivities celebrating Moscow’s pullout.

In an interview with Laura Kuenssberg of the BBC, he remarked, “If they need more cannon fodder, that is what they’ll be doing,” adding, “History will remind you that Russia can be brutal to their own.”

“We see that today they announced children in schools are going to be trained, and that’s the type of regime we’re up against,” Mr Wallace stated.

He said that Moscow’s withdrawal from Kherson “shows remarkable capability by Ukraine,” and that it “basically begs the question to the Russian population: Effectively, what was it all for?”

If the Ukrainians choose to negotiate with their neighbour, he continued, “I think it’s up to the Ukrainians to decide when and how they want to negotiate. Ultimately, Ukraine will want to do that from a position of strength and momentum is with Ukraine. I can’t see why Ukraine would stop that.”

When asked if there should be negotiations given Ukraine’s solid position, Mr. Wallace responded:

“First of all, I don’t think we should be grateful when the thief gives back stolen goods – and that’s effectively what Russia has done.

“Now it’s going to sort of go around the world trying to say everyone should be grateful for that. No, they shouldn’t, Russia shouldn’t have done it in the first place in February.”

His remarks come as President Volodymyr Zelensky claimed that Ukrainian soldiers were enduring hell in the eastern Donetsk region, where Moscow has exacerbated the war since surrendering Kherson.

The Ukrainian commander claimed that before escaping from Kherson Russian soldiers “destroyed all the critical infrastructure: communications, water, heat, and electricity.”

Zelensky further remarked, “There it is just hell – there are extremely fierce battles there every day,” adding “But our units are defending bravely – they are withstanding the terrible pressure of the invaders, preserving our defense lines.”

Although the departure of Russian forces from Kherson was officially announced on Nov. 9, British defense intelligence experts estimate it probably began as early as Oct. 22.

Admiral Sir Tony Radakin, the chief of the British Defense Staff, claimed that the Russian process was dramatically failing.

“Russia wanted to weaken NATO and NATO’s even stronger. Then if you come down to the tactical fight, we’re seeing continued success by Ukraine,” he said.