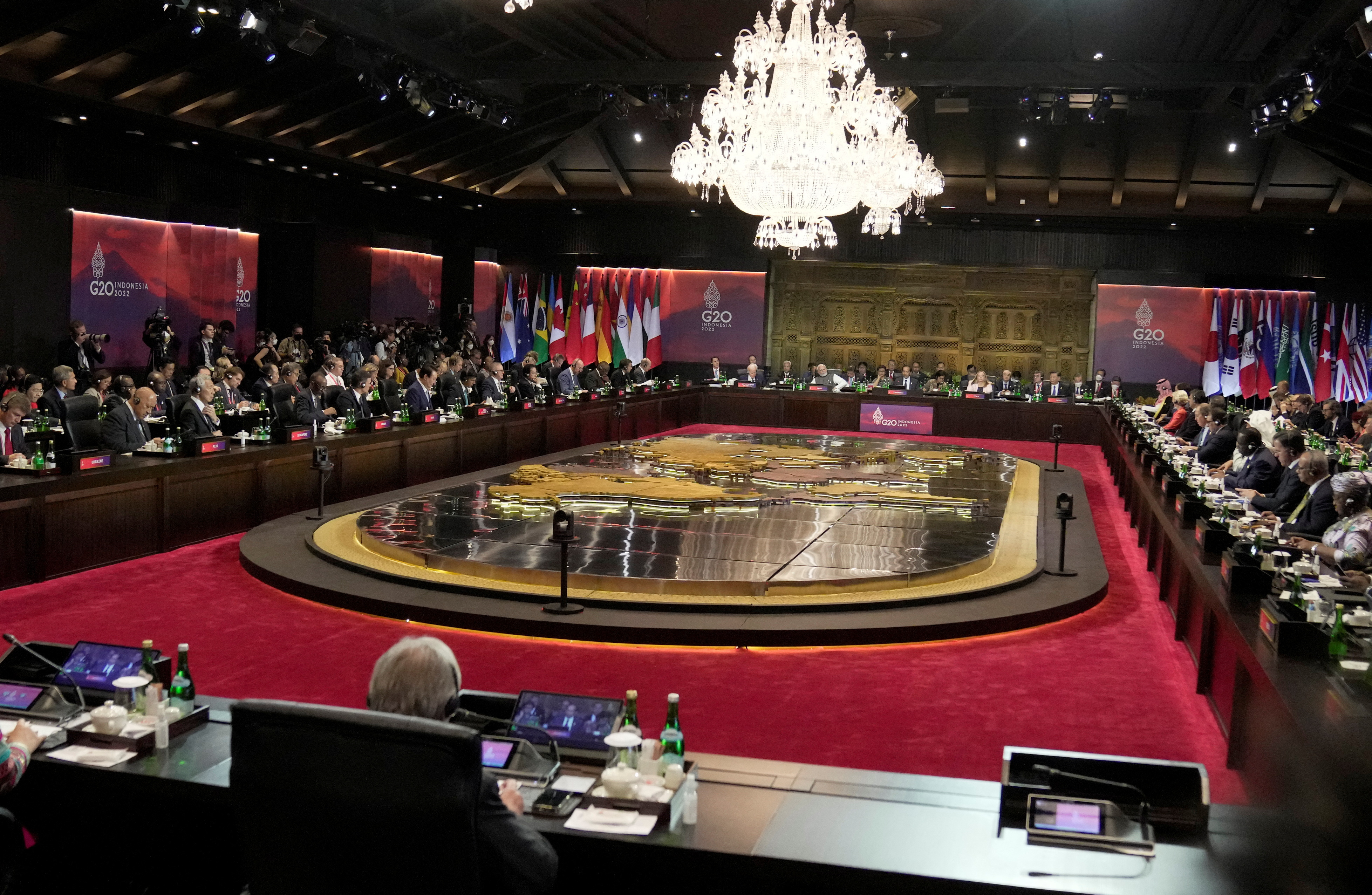 A draft of a declaration by leaders of the Group of 20 (G20) major economies, seen by Reuters on Tuesday, strongly condemned the war in Ukraine and stressed it was exacerbating fragilities in the global economy.

“There were other views and different assessments of the situation and sanctions,” said the draft declaration, which was confirmed by a European diplomat.

The 16-page document has yet to be adopted by G20 members.

The summit, which host Indonesia and other countries have said should focus on the global economy, has instead been overshadowed by Russia’s invasion of Ukraine.

“Recognising that the G20 is not the forum to resolve security issues, we acknowledge that security issues can have significant consequences for the global economy,” the draft declaration said.

Russia’s foreign ministry on Sunday said the G20 was not the place where security issues and should instead prioritise the world’s economic challenges, ahead of a meeting expected to be dominated by the war.

Earlier on Tuesday, Ukrainian President Volodymyr Zelenskiy urged counterparts at the summit via video link to step up their leadership and stop Russia’s war in his country under a peace plan he has proposed.

Russia, which was represented at the summit by Foreign Minister Sergei Lavrov rather than President Vladimir Putin, says it is conducting a special military operation in Ukraine.