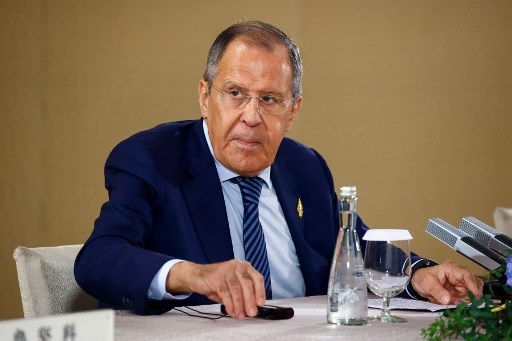 Russia’s Foreign Minister Sergei Lavrov said Tuesday, Nov. 15, that Ukraine’s conditions for restarting talks with Moscow were “unrealistic,” speaking at the G20 summit where pressure was mounting on Russia to end the conflict.

“All problems are with the Ukrainian side, which is categorically refusing negotiations and putting forward conditions that are obviously unrealistic,” Lavrov told reporters.

He said he had put forward that position during a meeting with French President Emmanuel Macron and that he had explained Russia’s position during talks with German Chancellor Olaf Scholz.

Russian and Ukrainian officials held several rounds of negotiations during the early stages of the conflict — including meetings hosted by Recep Tayyip Erdogan — that ended without agreements to curb fighting.

Along with the UN and Turkey, Russia and Ukraine this summer inked a deal to unblock several Ukrainian ports allowing for grain exports from one of the world’s largest producers.

“Third world countries… are well aware that this process is hindered by Ukraine, which, including through laws, by Zelensky’s decree, bans negotiations with the Russian Federation,” Lavrov said.

“We want to see concrete evidence that the West is seriously interested in disciplining Zelensky and explaining to him that this cannot continue, that this is not in the interests of the Ukrainian people,” the foreign minister added.

Putin was forced to skip the summit as he reckons with a string of embarrassing battlefield defeats and a grinding war that threatens the future of his regime.

Zelensky meanwhile delivered a video appeal to G20 leaders calling on them to pressure Russia to withdraw its forces after nearly nine months of fighting.