Former President Donald Trump’s entry on Tuesday into the 2024 presidential race confirmed the world’s “worst kept secret” and created another variable for markets that some investors say remains a low priority for now.

Trump, who has mounted relentless attacks on the integrity of U.S. voting since his 2020 election defeat, announced his bid at his Mar-a-Lago estate in Florida, seemingly with the aim of pre-empting potential Republican rivals.

His high-spirited televised announcement comes after a disappointing showing in last week’s midterm congressional elections that many Republicans blame on him and as the party closes in on a majority in the 435-seat House of Representatives.

“I don’t think the announcement means much as people thought it would – and with a weaker showing at the mid-terms it reduces the likelihood of nomination,” said Joshua Crabb, head of Asia-Pacific equities at investment manager Robeco.

“The impact is only down the track if he gets good traction with the nomination.”

Politics have largely taken a back seat for Wall Street this year, with macroeconomic concerns and Federal Reserve policy acting as the key drivers for markets.

Trump’s announcement, meanwhile, came as little surprise to investors, as the former president had telegraphed the possibility he might run again for some time.

“This has to be the worst kept secret on the planet,” said Bill Stone, chief investment officer of the Glenview Trust Company. “There’s a lot of other things going on that take a higher priority, though that can obviously change overnight.”

Of course, it’s difficult to predict what kind of investing landscape the country’s next president will face. Chances are, it is unlikely to bear much resemblance to the present one, nor to the backdrop that predominated during Trump’s term, which ran from 2017 to 2021 and was notable for comparatively low inflation and a much less hawkish Fed.

Overall, the U.S. stock market rose more than 50% between Trump’s surprise victory in the 2016 election and his November 2020 defeat, despite flashpoints for volatility such as the trade war with China and the severe but short-lived economic slowdown that accompanied the COVID-19 pandemic.

The Republican president has claimed credit for the rise, tweeting often about Wall Street’s performance.

Despite a recent rally, the S&P 500 (.SPX)
is down around 16% for the year of as of Tuesday, after the Federal Reserve delivered a series of jumbo-sized rate increases in its bid to fight inflation.

Investors are also watching stocks linked with Trump as a gauge on the former president’s prospect.

Both stocks rallied earlier this month on reports Trump was considering a third bid for the White House. 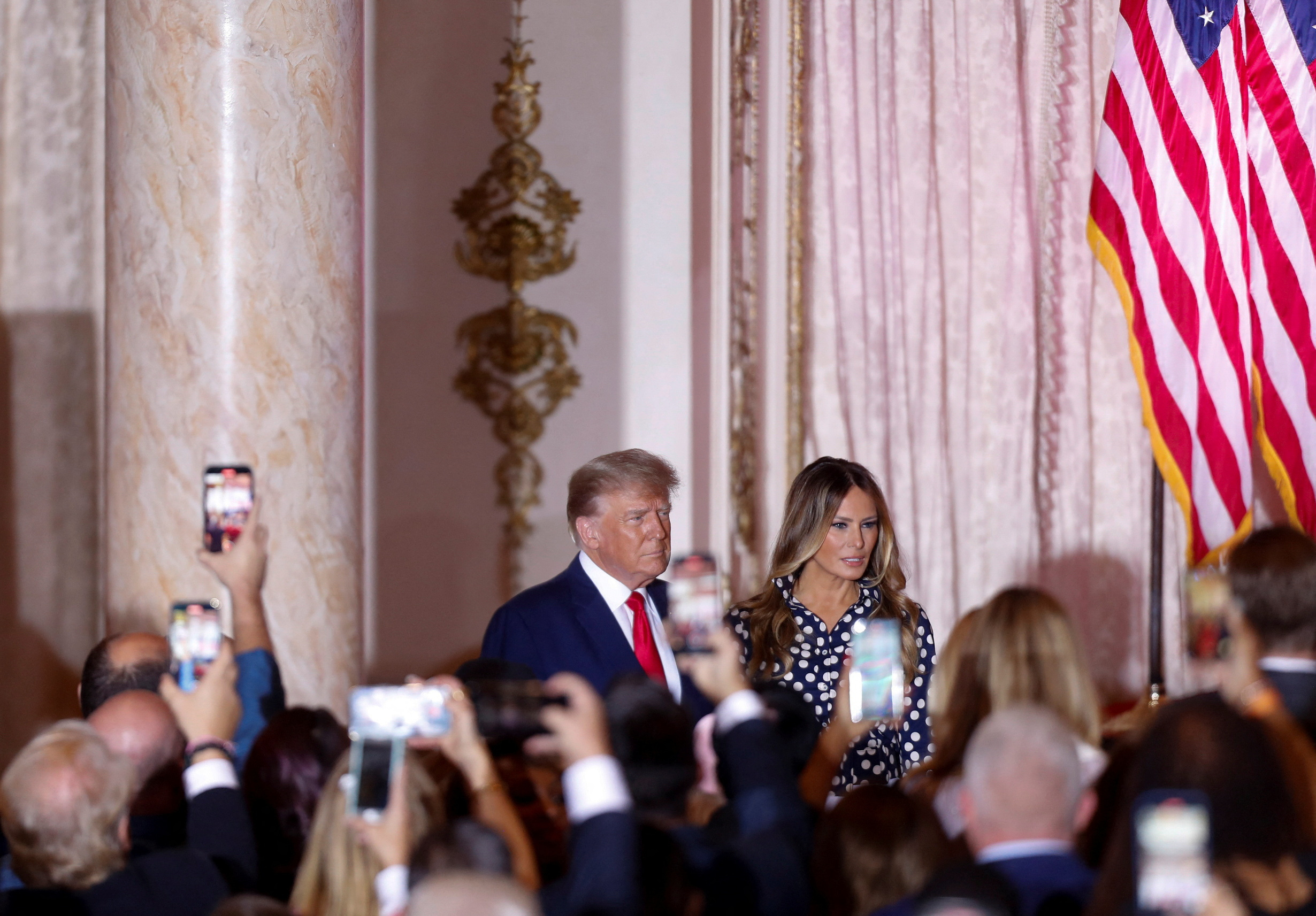 Former U.S. President Donald Trump and his wife, former first lady Melania Trump look on after announcing that he will once again run for U.S. president in the 2024 U.S. presidential election during an event at his Mar-a-Lago estate in Palm Beach, Florida, U.S. November 15, 2022. REUTERS/Octavio Jones 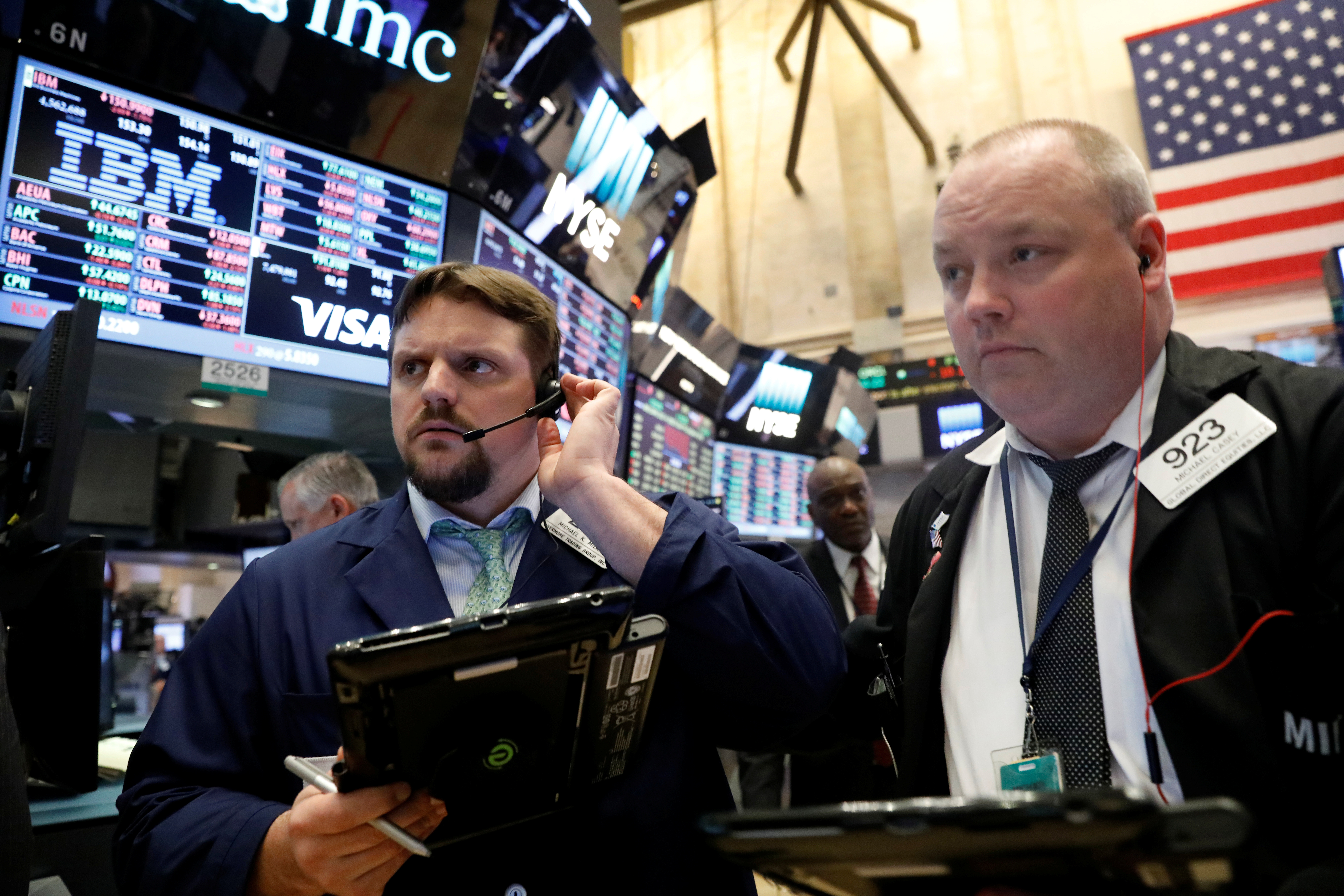 Traders work on the floor of the New York Stock Exchange near the closing bell of the trading session in New York City, U.S., May 17, 2017. REUTERS/Brendan McDermid
Advertisements
Advertisements