As its political stalemate festers, Libya risks sliding back towards civil war with diplomacy at a standstill, politicians thwarting progress towards elections and military leaders including eastern commander Khalifa Haftar threatening violence.

A move by forces aligned with the Tripoli government this week to blockade a meeting by a legislative body, a bout of deadly fighting in August and Haftar’s warnings of a new war all underscore the risks.

With the new U.N. envoy Abdoulaye Bathily warning in a first report this week that “some institutional players are actively hindering progress towards elections” there seems little prospect of any real move towards a settled peace.

“No one is talking about elections any more. The game playing that political leaders are doing is always to obstruct. It’s all delaying tactics,” said Otman Gajiji, a former Libyan electoral commission head.

In Tripoli, many people fear that continued gridlock raises the chances of violence, which has flared several times in the capital this year and always risks escalating into wider conflict.

“The crisis is mainly getting prolonged because those in power seek their own interests, not those of Libyans,” said Adel al-Sheikh, 39, a Tripoli shop owner.

Fair national elections were the only solution, he said. “Otherwise we won’t have a stable country and for sure there will be more wars,” he added.

The prospect of more conflict would not only create misery for ordinary Libyans: the stakes are also high for an inattentive world.

War could mean a new theatre for Russia-Western friction on the Mediterranean, cuts to Libya’s 1.2 million barrels-per-day oil output during a global energy shortage, a space for Islamist militants to prosper and fuel for a global migration crisis.

Libya has had little open warfare since the 2020 ceasefire that ended Haftar’s last assault on Tripoli, the culmination of years of division between factions who emerged during a 2011 NATO-backed uprising and split between east and west in 2014.

On the surface, Libya’s political standoff seems defined by disputes over an eventual constitution, the rules of a future election, regional divisions of wealth and the shape of a transitional government.

However, many Libyans suspect that behind the public facade of each faction’s avowed support for elections, none has much interest in a long-term resolution because each benefits from the messy status quo.

National elections could sweep away most of the squabbling political forces that have dominated Libya through years of institutional division, outright warfare and unstable peace.

In Tripoli, Prime Minister Abdulhamid al-Dbeibah runs the Government of National Unity, installed early last year through a U.N.-backed process to oversee a short transition that was meant to culminate in elections last year.

His government’s direct access to oil revenue through the Central Bank and spending on development projects run by political allies has drawn repeated accusations of widespread corruption, which Dbeibah denies.

The eastern parliament has rejected his legitimacy since last year’s election process fell apart amid disputes over the rules. It backs a separate administration under Fathi Bashagha, urging its own plan for an election.

However, the parliament’s own term formally expired years ago and critics of the speaker, Aguila Saleh, accuse him of playing loose with legislative rules to issue laws aimed at consolidating his power base, something he also denies.

Another legislative body, the High State Council, whose legitimacy stems from a 2012 election and a political agreement that was never fully implemented, has moved back and forth on the issues, furthering hindering any prospect of a deal.

However, even if elites are unwilling to upset the status quo through a long-term political settlement, there is no guarantee they will not upset it by returning to arms.

Haftar remains entrenched in eastern and southern Libya and his recent speeches, appearing to threaten a new war if the political stalemate persists, reveal a man again chafing to expand his influence to the capital.

“We are waging the decisive battle for liberation, whatever the price and however long it takes,” he said on October 31, adding that unnamed corrupt leaders “will not escape punishment – the armed forces will not allow it.”

In Tripoli itself, and the rest of the northwest, two years of ceasefire have scrambled the military coalition of armed factions that had fought off Haftar’s assault.

That was brought home in August when rival factions fought in the worst battle in the capital for years as Bashagha attempted to enter the city. He turned back and groups aligned with him were pushed out of Tripoli, leaving Dbeibah more firmly ensconced there.

Recent fighting in Tripoli has allowed one powerful group to consolidate its hold over territory, but its rivals still exist and could mount new attempts to win sway.

With Turkish forces still present around Tripoli and able to fend off any major assault there with drone strikes, battles between rival groups in the northwest present the most likely trigger for any wider conflict involving Haftar. 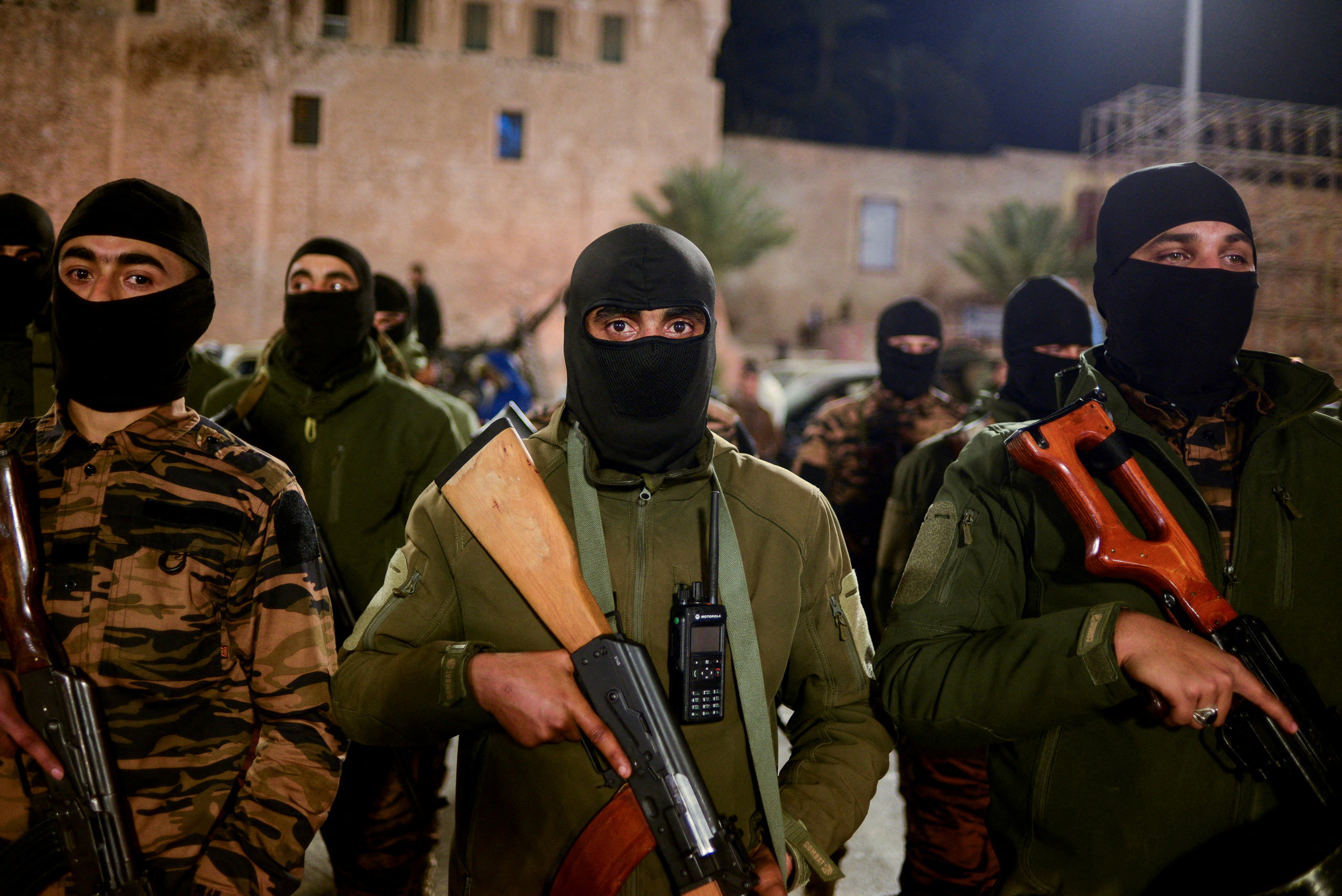 Members of the military personnel arrive to take part in a parade calling for parliamentary and presidential election, at Martyr’s square in Tripoli, Libya February 12, 2022. REUTERS/Nada Harib/File Photo 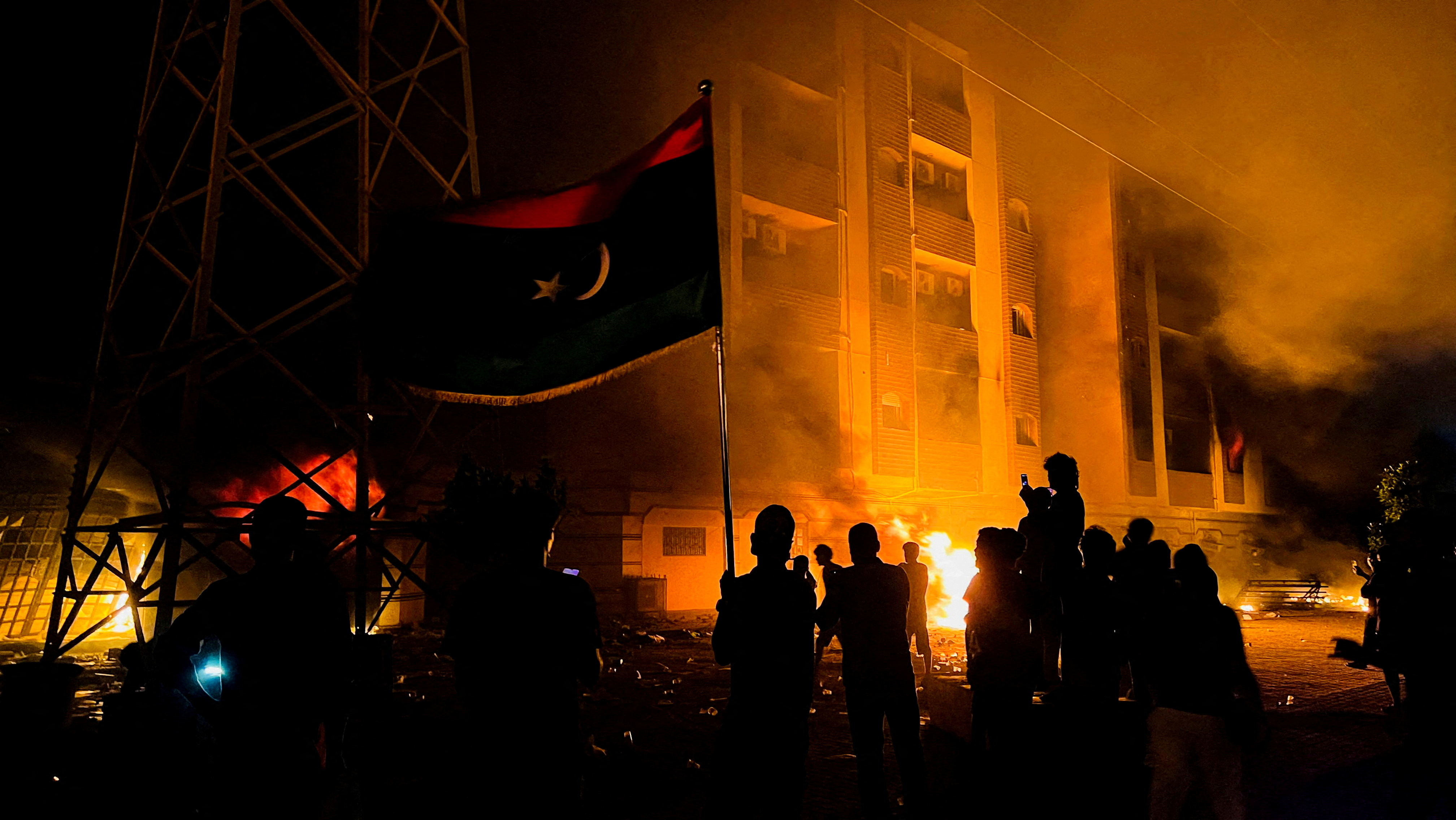 Protesters set fire to the Libyan parliament building after protests against the failure of the government in Tobruk, Libya July 1, 2022. REUTERS/Stringer/File Photo 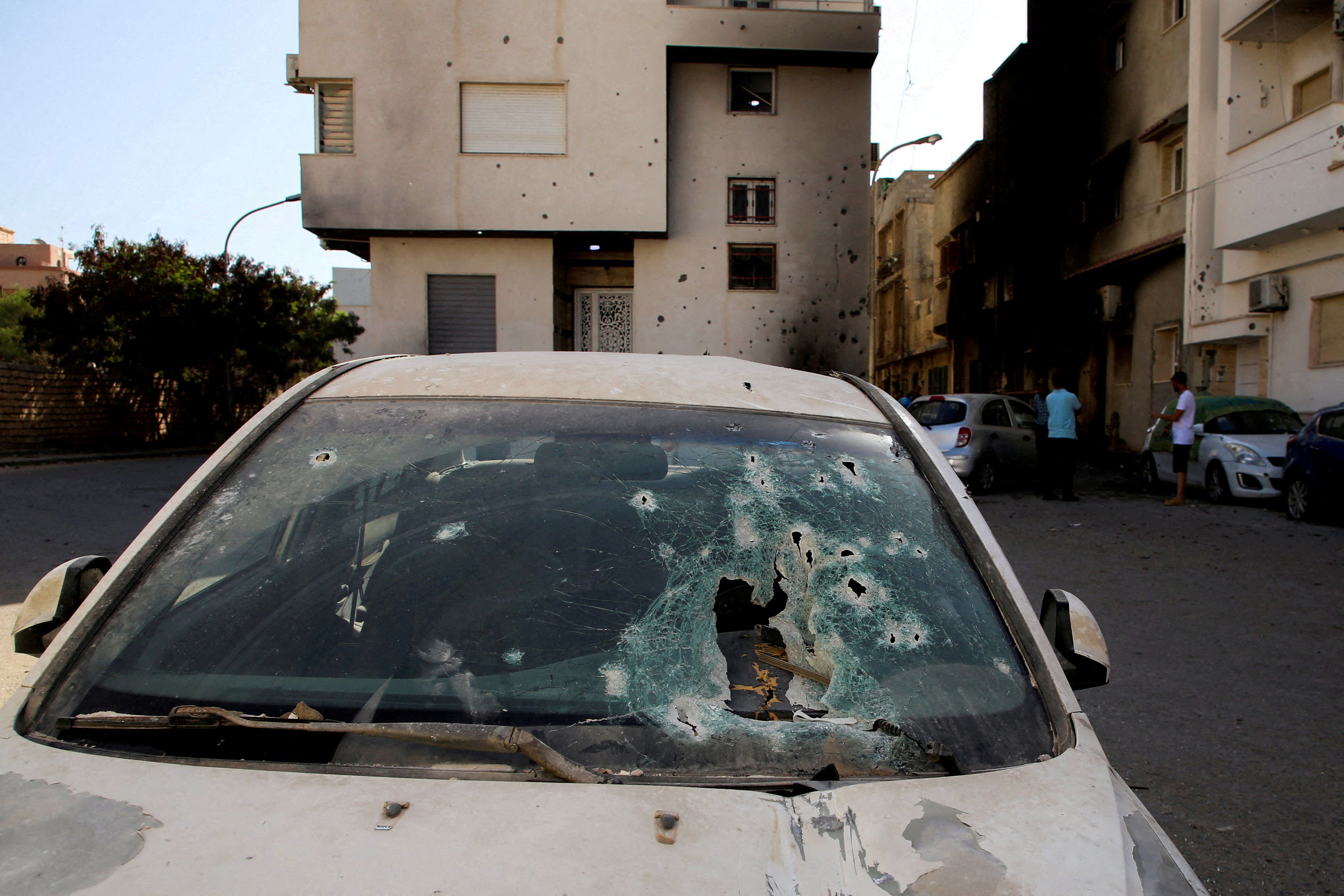