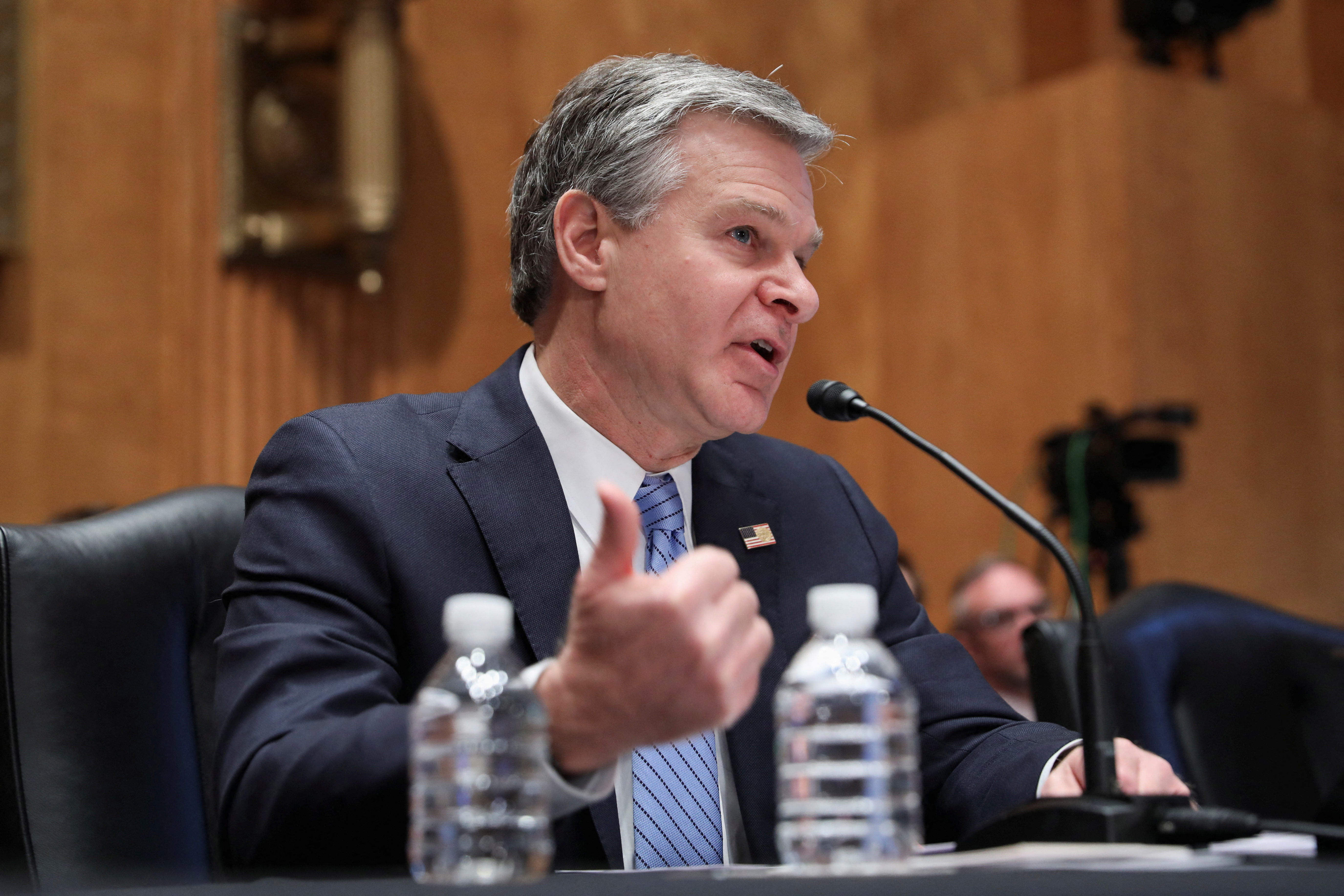 Safeguard Defenders, a Europe-based human rights organization, published a report in September revealing the presence of dozens of Chinese police “service stations” in major cities around the world, including New York.

Republicans in Congress have requested answers from the Biden administration about their influence.

The report said the stations were an extension of Beijing’s efforts to pressure some Chinese nationals or their relatives abroad to return to China to face criminal charges. It also linked them to activities of China’s United Front Work Department, a Communist Party body charged with spreading its influence and propaganda overseas.

“I’m very concerned about this. We are aware of the existence of these stations,” Wray told a U.S. Senate Homeland Security and Governmental Affairs Committee hearing, acknowledging but declining to detail the FBI’s investigative work on the issue.

“But to me, it is outrageous to think that the Chinese police would attempt to set up shop, you know, in New York, let’s say, without proper coordination. It violates sovereignty and circumvents standard judicial and law enforcement cooperation processes.”

Wray, asked by Republican Senator Rick Scott if such stations violated U.S. law, said the FBI was “looking into the legal parameters.”

Republicans in the U.S. House of Representatives, including Greg Murphy and Mike Waltz, sent letters to the Justice Department in October asking if President Joe Biden’s administration was investigating such stations and arguing they could be used to intimidate U.S. residents of Chinese origin.

China’s embassy in Washington did not respond immediately to a request for comment.

Earlier this month, its foreign ministry denied it had such stations in the Netherlands after a probe by Dutch authorities. China said they were offices to help Chinese citizens renew documents.

Wray said the United States had made a number of indictments involving the Chinese government harassing, stalking, surveilling, and blackmailing people in the United States who disagreed with Chinese leader Xi Jinping.

“It’s a real problem and something that we’re talking with our foreign partners about, as well, because we’re not the only country where this has occurred,” he said.

The United States unsealed criminal charges in October against seven Chinese nationals accused of waging a surveillance and harassment campaign against a U.S. resident and his family in a bid by the Chinese government to repatriate one of them back to China.

It was the latest case by the Justice Department targeting China’s effort to track down people overseas who Beijing calls criminal suspects, known as “Operation Fox Hunt.”