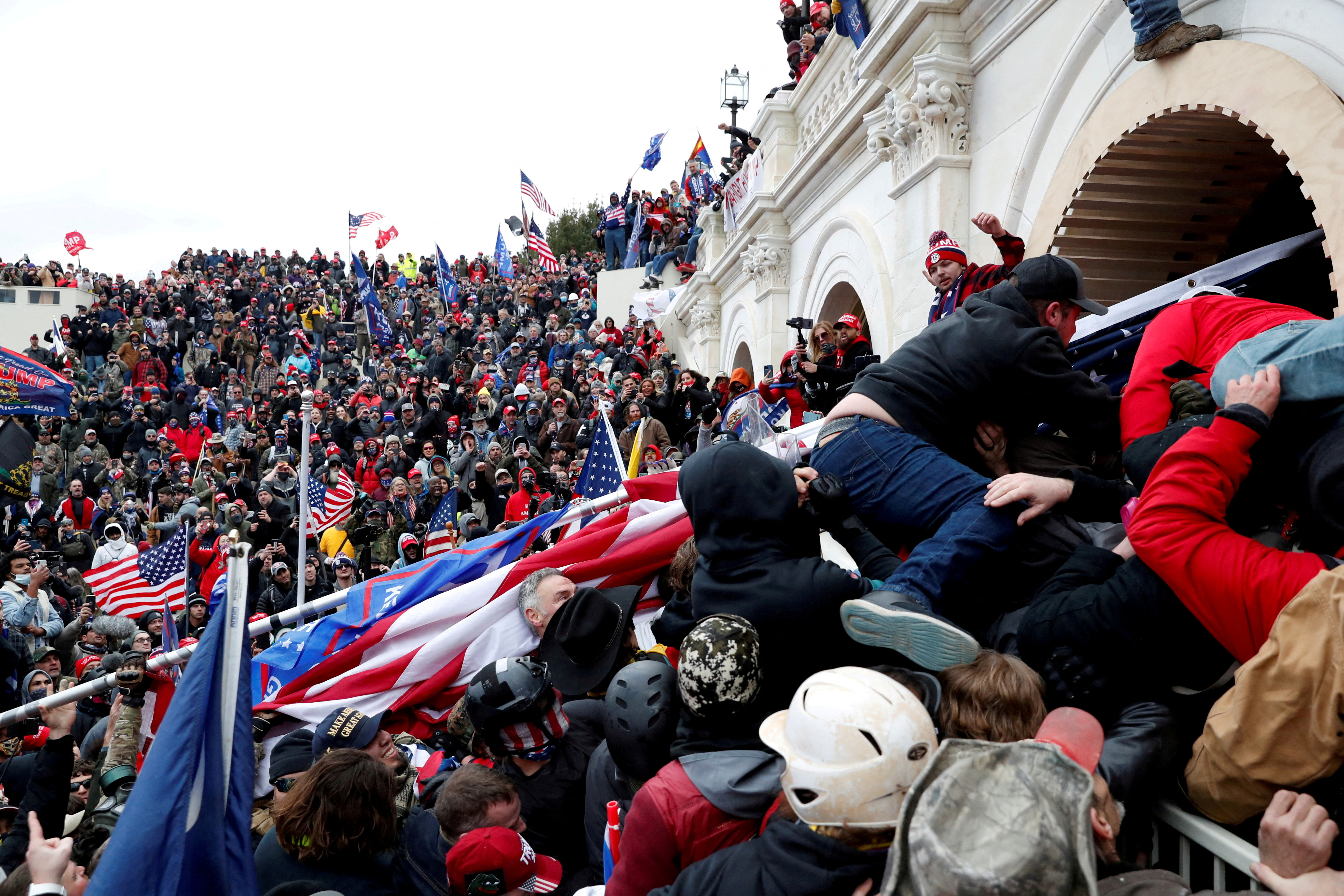 Pro-Trump protesters storm into the U.S. Capitol during clashes with police, during a rally to contest the certification of the 2020 U.S. presidential election results by the U.S. Congress, in Washington, U.S, January 6, 2021. REUTERS/Shannon Stapleton/File Photo

A U.S. House of Representatives committee will release its report probing the Jan. 6, 2021, assault on the Capitol by former President Donald Trump supporters next month, the Democratic chair said on Thursday.

The select committee’s work will likely end in January when a new Republican-controlled Congress is sworn in.

“Our goal is to get it completed soon so we can get it to the printer,” Representative Bennie Thompson told reporters. “We plan to have our product out sometime in December.”

Thompson has also appointed a sub-committee to investigate issues, including unanswered subpoenas for Trump and others, and whether to send transcripts of interviews to the Department of Justice.

The committee subpoenaed Trump at the end of its final public hearing in October. He initially said he would comply, but then sued to avoid testifying or providing any requested documentation, and declined to show up for a deposition.

The committee’s public hearings in which it questioned former Republican aides and key White House staff about the lead up to the riot shed light on Trump’s role in provoking the unprecedented assault on the Capitol. The riot was intended to stop Congress from certifying President Joe Biden’s 2020 win, which Trump falsely claims was the result of widespread fraud.

Trump this week launched a new run for the White House in 2024.

Voters in this months’ midterm elections rejected many Republican candidates who repeated Trump’s false election fraud claims, allowing Democrats to hold control of the Senate and setting the stage for a much narrower-than-expected Republican House majority next year.