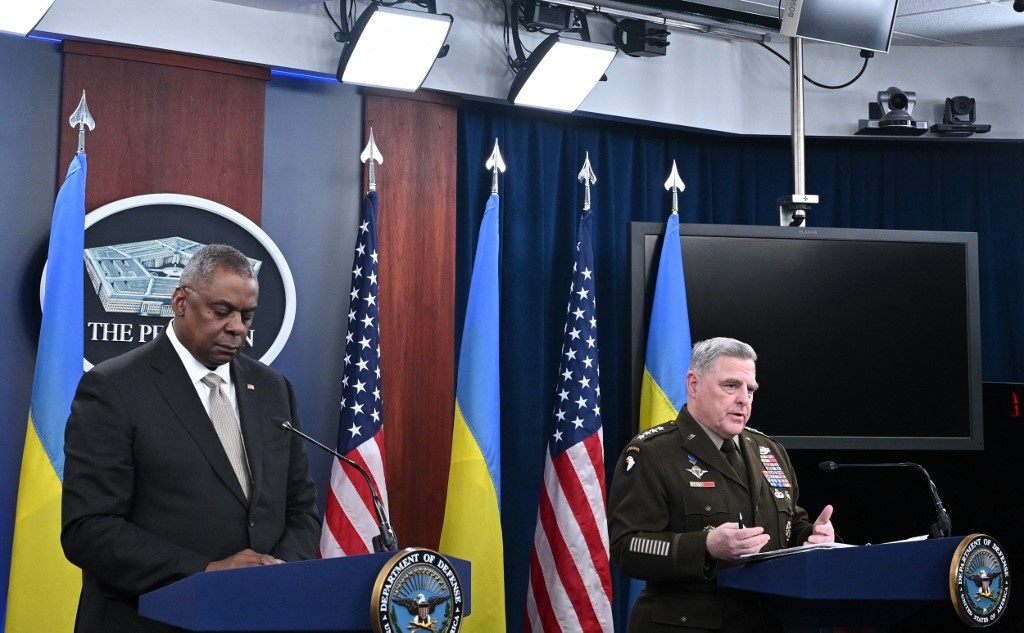 Russia has resorted to a “campaign of terror” targeting Ukraine’s civilian population after failing to achieve the strategic, operational and tactical objectives of its invasion, the top US general said Wednesday, Nov. 16.

It is however unlikely that Ukraine can militarily force Russia out of all of the territory it occupies, but a winter slowdown in fighting could create an opening for a political solution, General Mark Milley told a news conference.

Many of the recent Russian strikes — including a barrage of dozens of missiles across Ukraine on Tuesday that Milley said may have been the heaviest of the war — have targeted the country’s energy infrastructure.

“The deliberate targeting of the civilian power grid, causing excessive collateral damage and unnecessary suffering on the civilian population, is a war crime,” Milley said.

Moscow’s attacks on infrastructure, which Milley said are likely to make for a tougher winter in Ukraine, came after a string of Russian failures to achieve its military objectives in the country.

Russia failed in its objective to overthrow President Volodymyr Zelensky and his government, as well as more limited goals such as seizing the Donbass region, Milley said.

“The strategic reframing of their objectives, of the illegal invasion, have all failed — every single one of them,” he said.

At the same time, Moscow controls some 20 percent of Ukraine, and it is unlikely that Kyiv’s troops will force the Russians to quit the country soon.

But there is a tendency for fighting to slow down in the winter months, and this could present an opening for talks.

“The Russian military is really hurting bad. So you want to negotiate at a time when you’re at your strength, and your opponent is at weakness,” he added.

US Defense Secretary Lloyd Austin, speaking alongside Milley, said assistance provided by Ukraine’s allies will likely give Kyiv’s troops an edge in the coming winter.

“We pushed… enormous amounts of winter gear into Ukraine, thanks to countries like Canada and others who have really been very, very generous,” Austin said.

Russia is meanwhile fighting in a foreign country and is facing attacks on its supply lines, meaning it will be difficult for it to bring in gear needed by its troops.

“I think the Ukrainians will have the upper hand in this fight, as they have right now” and “that they’ll continue to maintain that upper hand going into the winter,” Austin said.