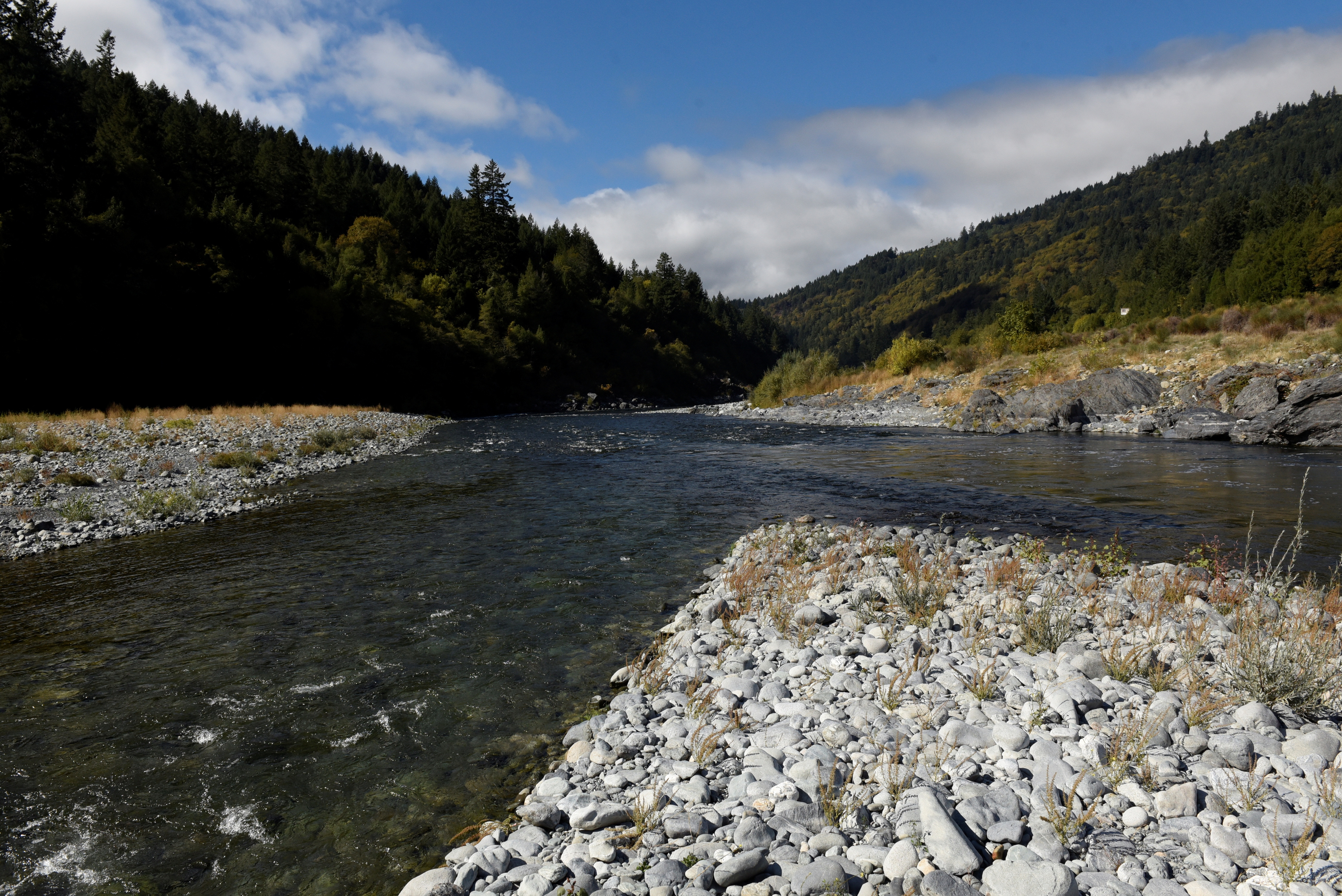 The Klamath and the Trinity Rivers converge near the Hoopa Valley Reservation in Weitchpec, California, U.S., October 13, 2021. REUTERS/Stephanie Keith/File Photo

Dam removal is expected to improve the health of the Klamath River, the route that Chinook salmon and endangered coho salmon take from the Pacific Ocean to their upstream spawning grounds, and from where the young fish return to the sea.

The U.S. Federal Energy Regulatory Commission issued an order surrendering the dam licenses and approving removal of the dams.

The project has long been a goal of several native tribes whose ancestors have lived off the salmon for centuries but whose way of life was disrupted by European settlement and the demand for rural electrification in the 20th Century.

“The Klamath salmon are coming home,” Joseph James, chairman of the Yurok Tribe, said in a statement. “The people have earned this victory and with it, we carry on our sacred duty to the fish that have sustained our people since the beginning of time.”

Climate change and drought have also stressed the salmon habitat; the river has become too warm and too full of parasites for many fish to survive.

The dams on federal land, which at full capacity provide enough electricity for 70,000 homes, will be surrendered by power utility PacifiCorp, a unit of Warren Buffett’s Berkshire Hathaway (BRKa.N).

Faced with costly new regulations that included building fish screens and ladders, the company instead entered an agreement with the tribes and the U.S. government to decommission the dams.

PacifiCorp is contributing $200 million toward dam removal, paid for by a surcharge on its customers in Oregon and California, said Bob Gravely, a company spokesperson, and California voters approved a bond measure for the state to provide an additional $250 million.