Asia-Pacific leaders gathered in Bangkok on Friday for a summit to focus on economic woes but their schedule was disrupted by a North Korean suspected intercontinental ballistic missile test while police fired rubber bullets to disperse protesters.

An official in charge of the security for the summit said police fired rubber bullets to disperse about 350 Thai anti-government protesters after a clash about 10 km (6 miles) from the summit venue in the capital, Bangkok.

“We can no longer live like we did. We need to adjust our perspective, ways of life and ways of doing business,” he said to an audience that included Harris and China’s President Xi Jinping.

Established to promote economic integration, APEC groups 21 economies that account for 38% of the global population, and 62% of gross domestic product and 48% of trade.

Prayuth did not refer to North Korea’s missile, which Japanese officials said landed just 200 km (130 miles) off Japan and had sufficient range to reach the mainland of the United States.

Japanese Prime Minister Fumio Kishida, who is in Bangkok for the APEC meeting, told reporters that North Korea had “repeated its provocations with unprecedented frequency”.

The APEC gathering is the third summit in the region in the past week. A Southeast Asian summit that included China, Japan and the United States was held in Cambodia while the Group of 20 (G20) nations met on the Indonesian island of Bali.

The earlier meetings were dominated by the war in Ukraine as well as tensions over Taiwan and the Korean peninsula.

A reminder of such grassroot demands came as the anti-government protesters clashed with police after trying to overturn a police car plastered with posters of Prayuth and Xi.

Videos on social media showed protesters trying to overturn a police car, throwing projectiles and charging at police, while officers in riot gear advanced on them with shields and beat them back with batons.

Police said they used rubber bullets to disperse the activists and arrested 10 people.

“That’s why APEC this year must rise above these challenges and deliver hope to the world at large,” he said in a statement.

Xi, warning against Cold War tensions in a region that is a focus for competition between Beijing and Washington, said on Thursday the Asia-Pacific was no one’s backyard and should not become an arena of big power rivalry,

“No attempt to wage a new cold war will ever be allowed by the people or by our times,” Xi said in written remarks prepared for a business event linked to the summit.

Relations between the world’s two largest economies have been strained in recent years over issues like tariffs, Taiwan, intellectual property, the removal of Hong Kong’s autonomy and disputes over the South China Sea, among others.

In a move that may be seen by Beijing as a provocation, a senior U.S. official said Harris will visit the Philippine islands of Palawan on the edge of the disputed South China Sea on Tuesday.

The trip will make Harris the highest-ranking U.S. official to visit the island chain adjacent to the Spratly Islands. China has dredged the sea floor to build harbours and airstrips on the Spratlys, parts of which are also claimed by Brunei, Malaysia, the Philippines, Taiwan and Vietnam.

At the G20 meeting, countries unanimously adopted a declaration saying most members condemned the Ukraine war, but that also acknowledged some countries saw the conflict differently.

Russia is a member of both G20 and APEC but President Vladimir Putin has stayed away from the summits. First Deputy Prime Minister Andrei Belousov will represent him at APEC.

Australian Prime Minister Anthony Albanese is among those also attending the main meeting, while French President Emmanuel Macron is a special guest.

Xi held a rare summit with Japan’s Kishida in Bangkok, the first leadership-level meeting between China and Japan in nearly three years, after which Kishida said he conveyed concerns about peace in the Taiwan Strait.

China’s CCTV reported that Xi told Kishida the Taiwan issue involved the political foundation of ties between their two countries, and territorial disputes should be properly managed.
The meeting came a day after tensions simmered in Bali, where Xi criticised Canadian Prime Minister Justin Trudeau over alleged leaks of their closed-door meeting, a rare public display of annoyance by Xi. Trudeau is also in Bangkok. 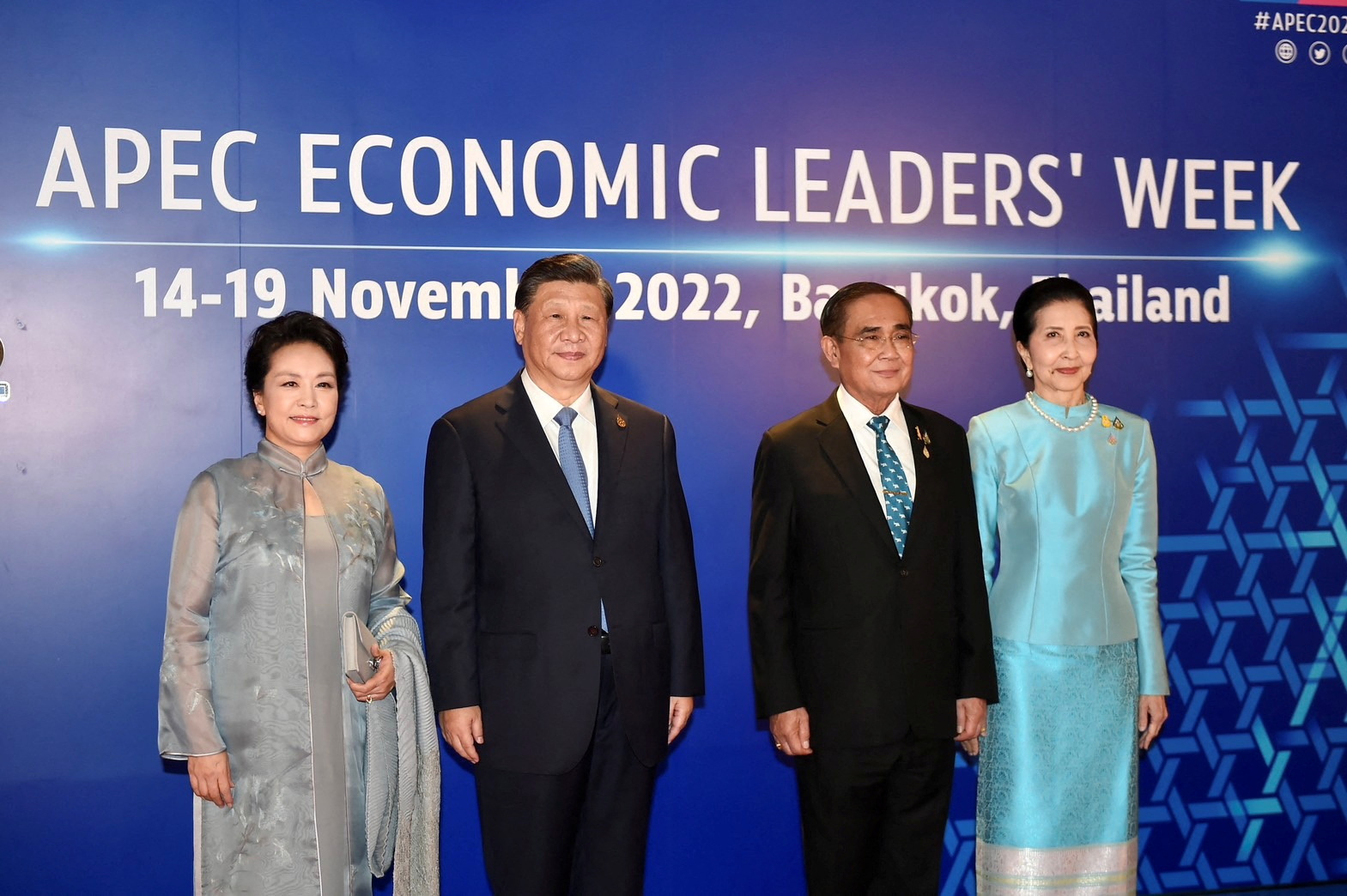 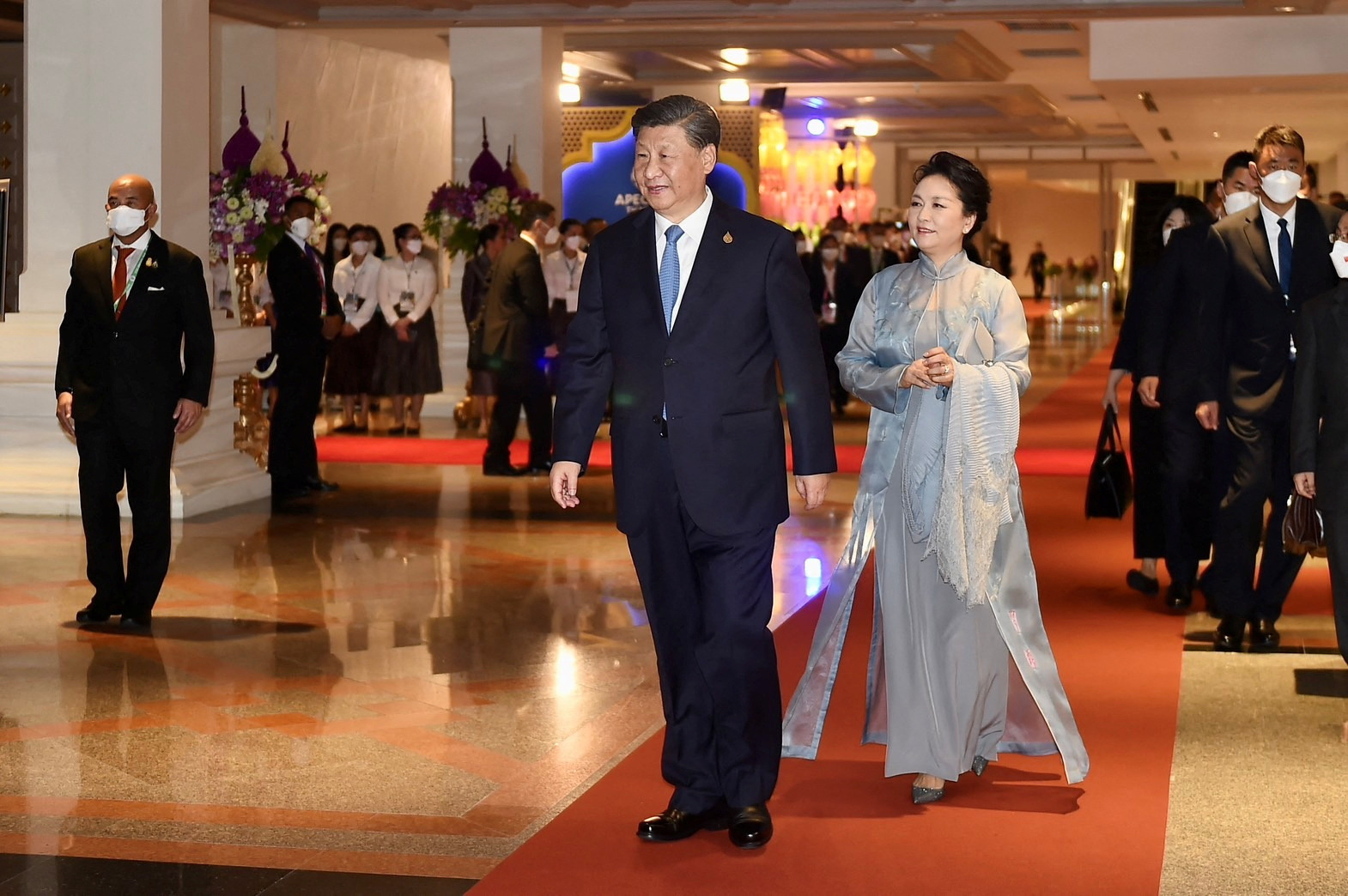 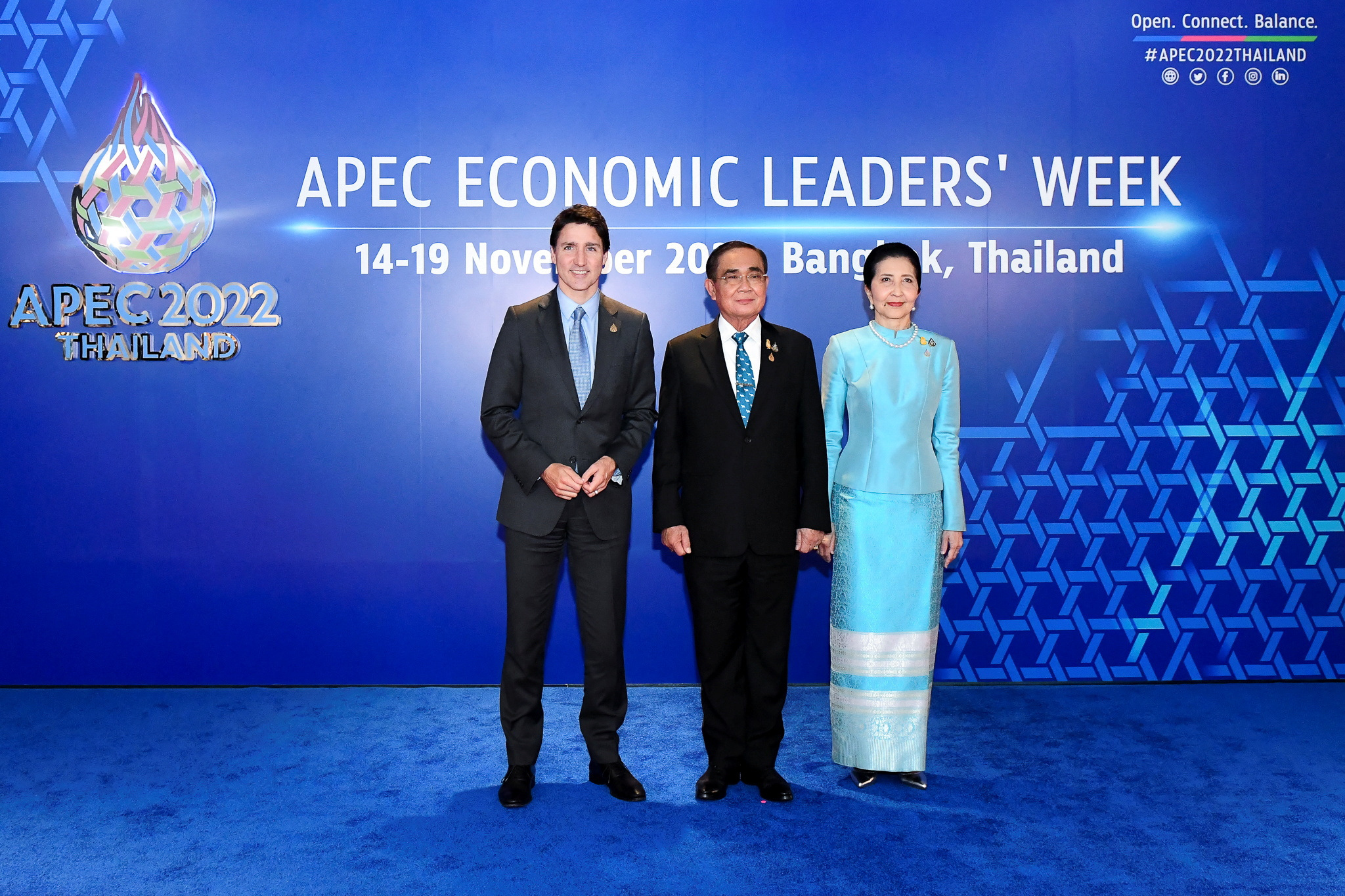