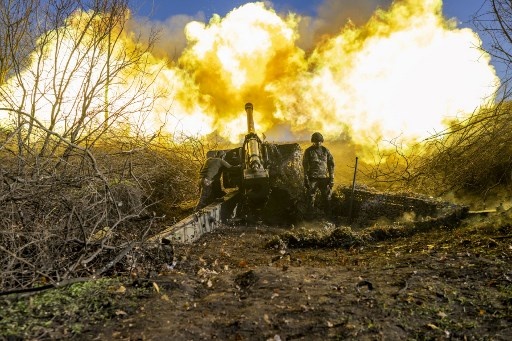 Belarus is planning to establish the production of component parts for 152-mm and 122-mm artillery shells and to eventually switch to a closed cycle of ammunition production.

On Nov. 17, according to the Ukrainian military intelligence press center, the Belarusian authorities are looking into the possibility of producing components for 152-mm and 122-mm shells, followed by the transition to a closed cycle of ammunition production.

Belarus is also reportedly examining how to organize the technological process for assembling 122-mm, 220-mm, and 300-mm projectiles from imported components.

Ukrainian intelligence confirmed that a visit of the Belarusian delegation to Iran is scheduled to take place between Nov. 20-23. Issues to be discussed with the Iranian side include the entire production cycle in Belarus – from the technology of steel smelting for ammunition components to the painting of shells and containers used for their packaging.

On Nov. 5, Iran admitted for the first time that it had supplied drones to Russia. However, Iranian Foreign Minister Hossein Amirabdollahian claimed that Tehran did not know that the drones were being used against Ukraine. He stated that if Kyiv has “any documents” indicating the use of Iranian drones by Russia “they should provide them to us.”

On Nov. 4, U.S. intelligence officials stated that Iran was seeking Russia’s help to strengthen its nuclear weapons program. U.S. National Security Council spokesperson, Adrienne Watson, noted that the U.S. would make every effort to prevent cooperation between Russia and Iran in the nuclear sector.

On Aug. 30, Ukrainian military intelligence reported that Iran had secretly suppled Russia with attack drones in the war against Ukraine. At the time, Ukrainian foreign minister, Dmytro Kuleba warned Iran about the consequences of doing so.