Leaders and heads of governments from the 21 member economies of the Asia-Pacific Economic Cooperation (APEC) are in the Thai capital Bangkok for a two-day meeting that concludes on Saturday.

As host, Thailand hopes to make progress on discussion of the Free Trade Area of the Asia Pacific (FTAAP), but talks come amid geopolitical tensions over the war in Ukraine and regional flashpoints such as Taiwan and the Korean peninsula.

APEC is a regional economic forum established in 1989 to promote economic integration. As a grouping, it makes up 38% of the global population, 62% of GDP and 48% of trade.

Here is a look at who is attending:

Harris is standing in for President Joe Biden. The United States will be the APEC host in 2023. After the meeting in Bangkok, Harris will travel to the Philippines. Her visit to the Philippines will be at the edge of the disputed South China Sea, a move that Beijing may see as a provocation.

Xi met Japanese Prime Minister Fumio Kishida in Bangkok on Thursday for talks. Kishida said he conveyed concerns over regional security to Xi amid growing tensions in Asia over China’s maritime ambitions. Xi was quoted by Chinese state broadcaster CCTV as telling Kishida that China and Japan should deepen trust, areas of cooperation and regional integration, and resist “conflict and confrontation”.

Belousov will represent President Valadmir Putin at APEC. At an earlier APEC meeting in Bangkok this year, representatives from the United States and other countries walked out of a meeting in protest of Russia’s invasion of Ukraine when Russian Economy Minister Maxim Reshetnikov was delivering remarks.

THAILAND PRIME MINISTER PRAYUTH CHAN-OCHA
As meetings kicked off, Thailand urged APEC members to “rise above differences” after geopolitical tensions dominated summits in Bali and Phnom Penh over the war in Ukraine. Prayuth said he wanted the talks to discuss how leaders can help transition to sustainable economic growth and development.

China’s leader appeared to confront Trudeau at the G20 summit in Bali on Wednesday after accusing him of leaking details from a closed-door meeting, a rare public display of annoyance by Xi. China’s foreign ministry on Thursday said Xi was not criticising Trudeau over the alleged leaks.

Prime Minister Han Duck-soo is expected to hold meetings with New Zealand and Peru, and also seek support for South Korea’s bid to host the 2030 World Expo, according to Yonhap.

Malaysia is represented by its government secretary, with the country holding general elections on Nov. 19.

President Marcos will host U.S. Vice President Harris in Manila next week, with tensions over Taiwan on the agenda.

Saudi Arabia’s de facto ruler’s visit comes as the relationship between Thailand and Saudi Arabia starts to normalise this year. For nearly three decades diplomatic ties had been frozen over “the Blue Diamond Affair”, as the theft of $20 million in jewellery by a Thai janitor is known. 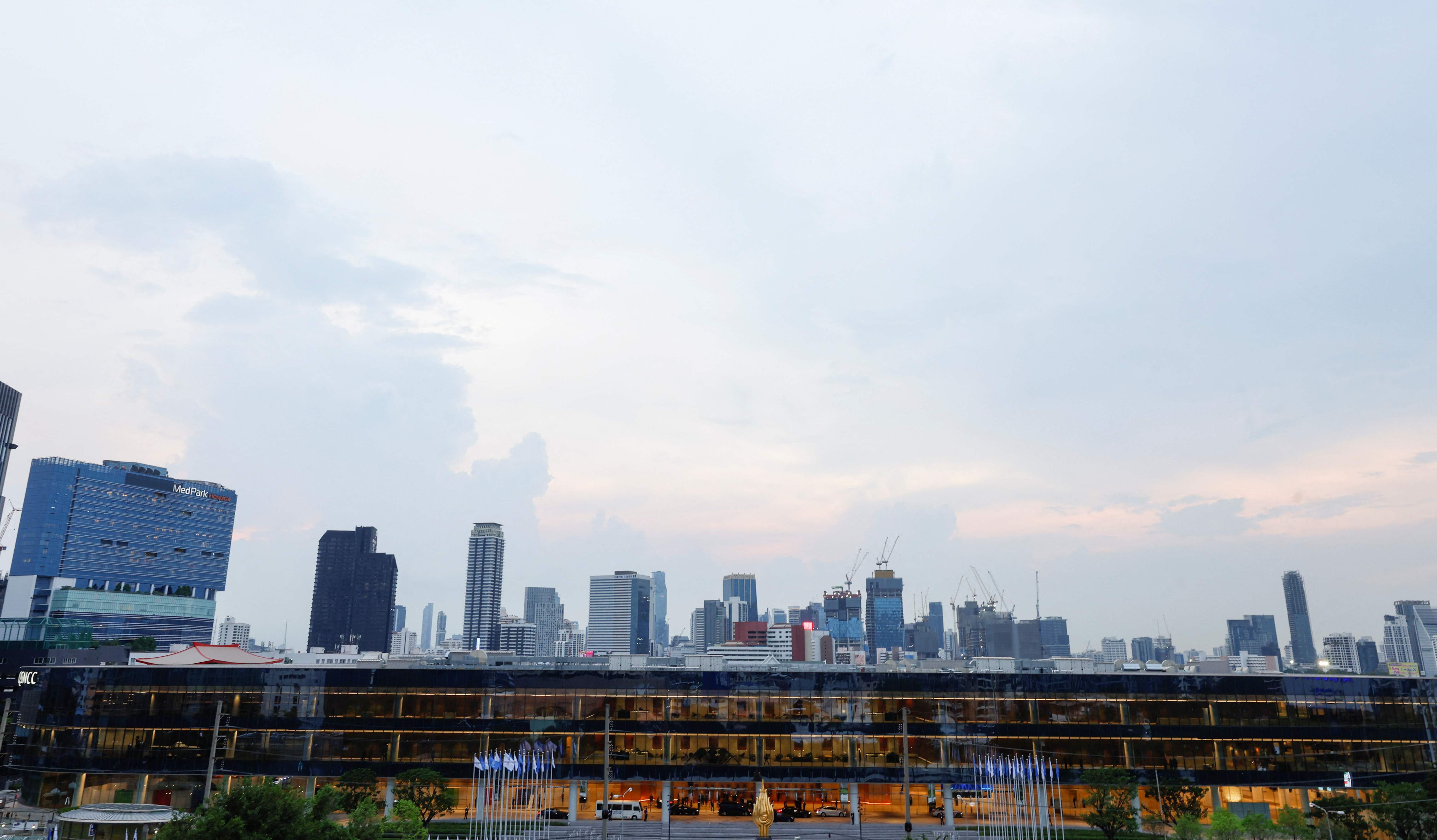 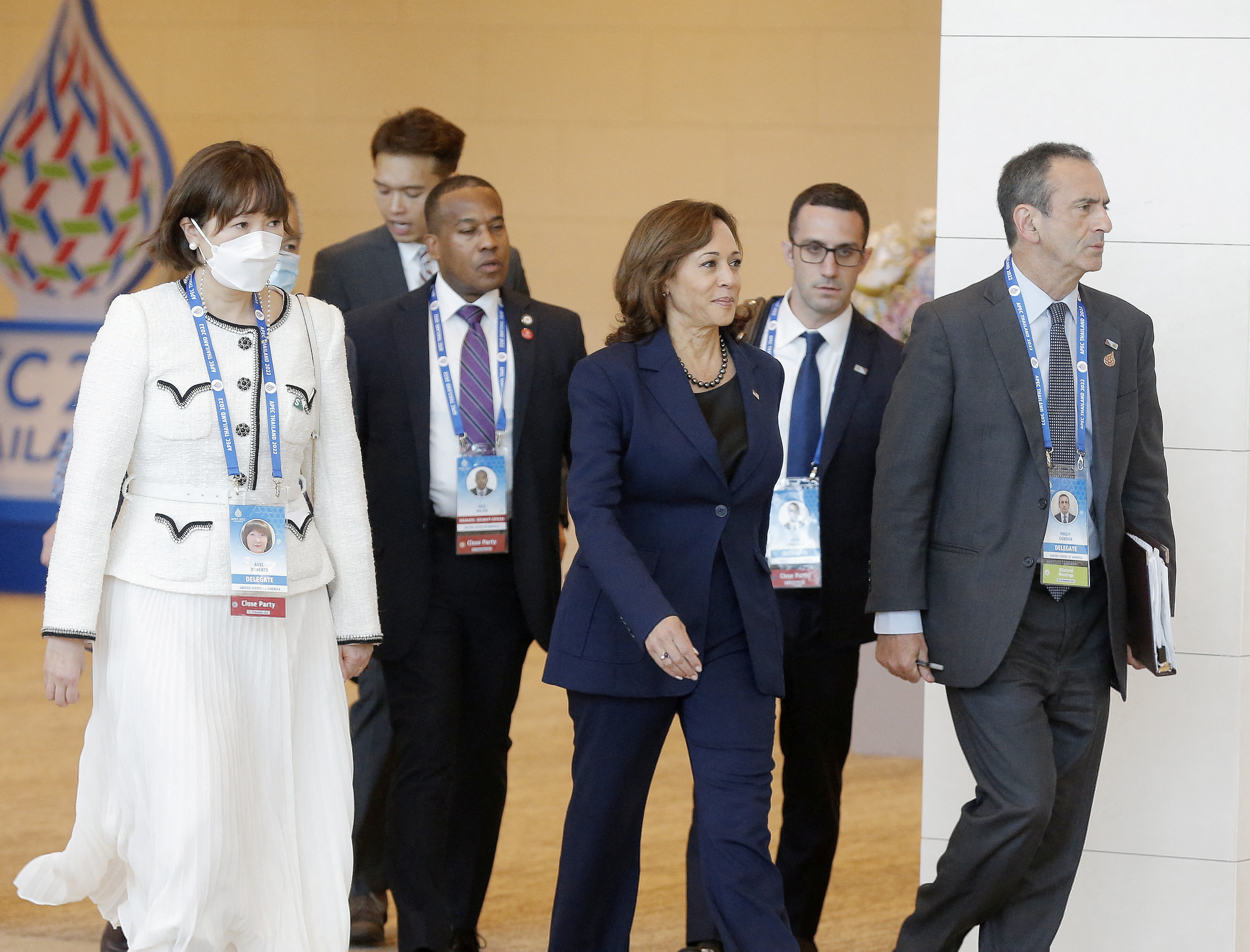 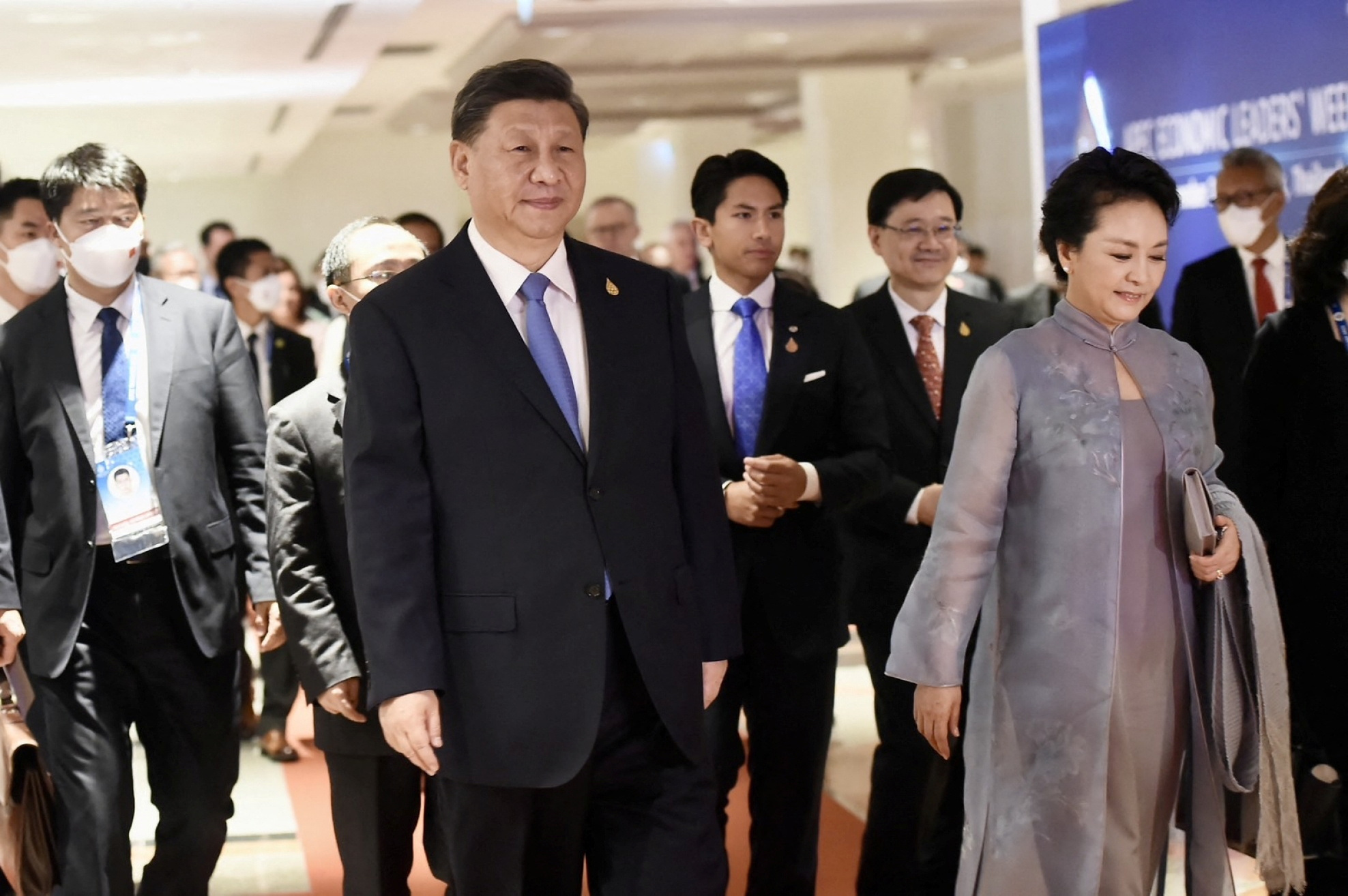 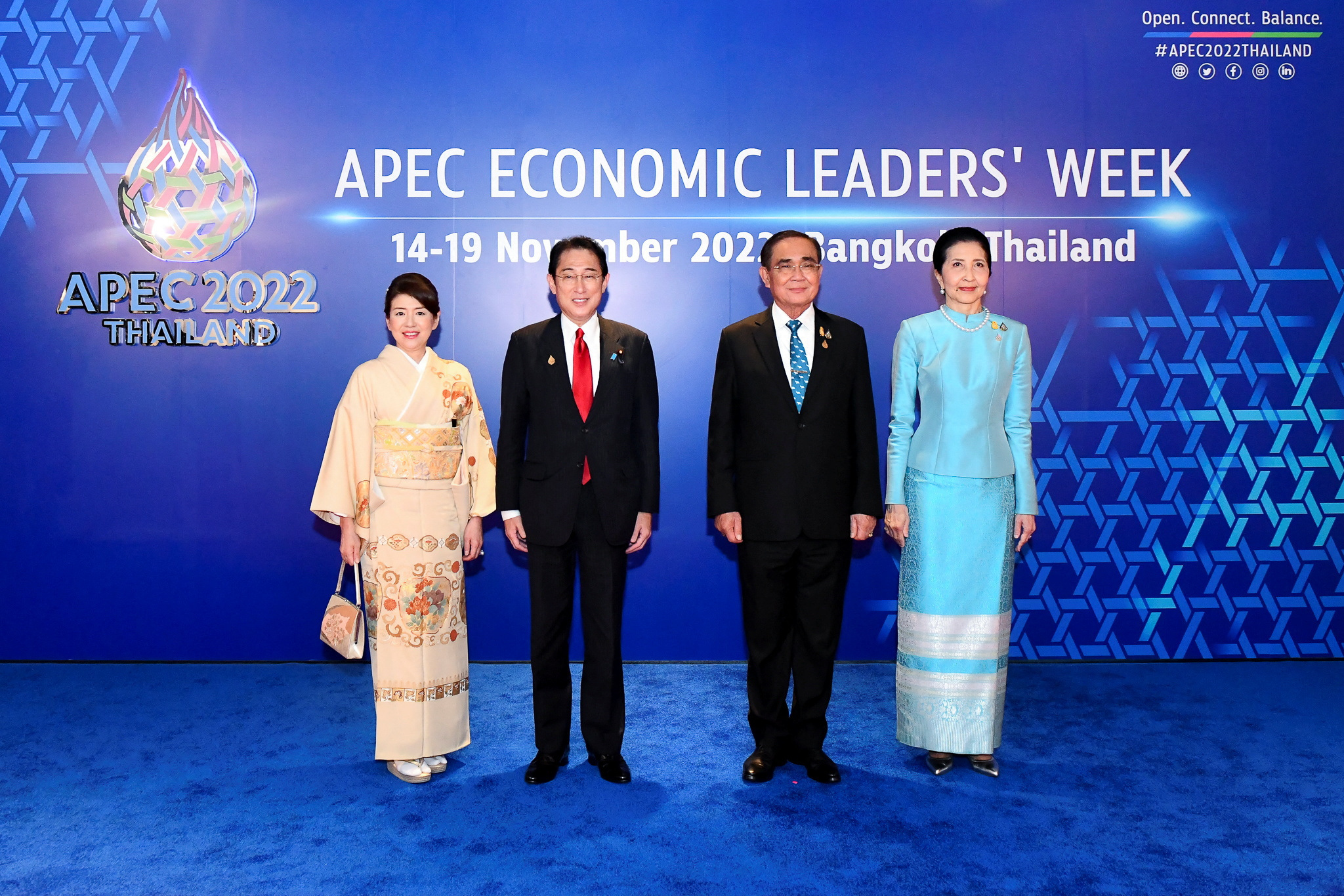 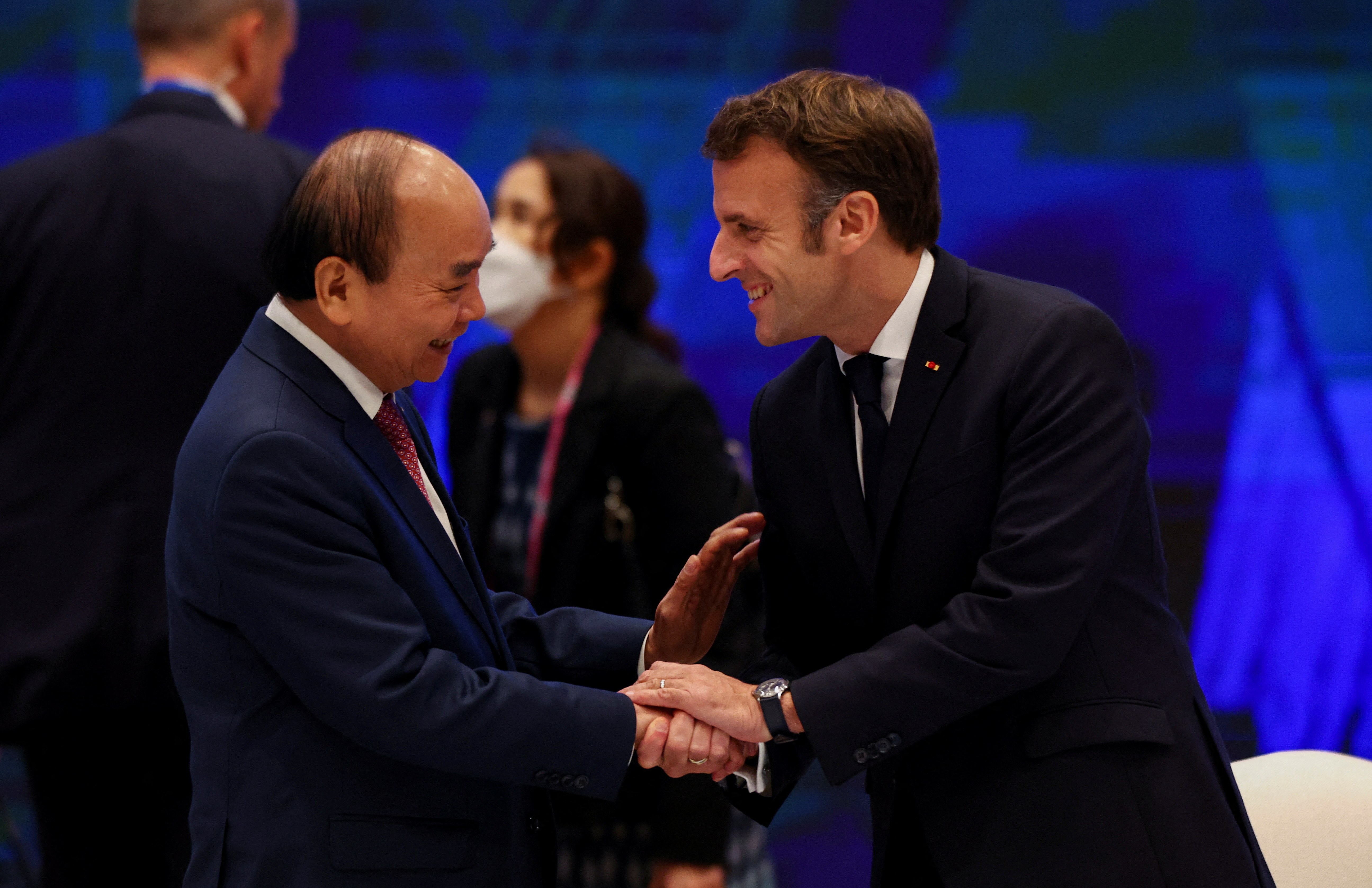 Home » Audio Sources - Full Text Articles » Factbox: What is APEC and which leaders are attending the Bangkok summit?
a
Advertisements
Advertisements