Climate-change protesters threw flour on Friday over a sports car painted by the U.S. pop artist Andy Warhol that is on display in Italy’s financial capital.

It was at the third time this month that activists from the group Ultima Generazione (Last Generation) have targeted art exhibitions.

On Nov. 4, protesters hurled soup over a Van Gogh work in Rome and on Nov. 15, they threw a black liquid on a Gustav Klimt painting in Vienna. Both masterpieces were protected by glass screens and unharmed.

The BMW Art Car looked as if it had been covered by a dusting of snow after Friday’s attack.

Warhol painted it in 1979, the same year as it took part in the 24-hour race at Le Mans in France, before being taken off the road and placed in a museum.

Ultima Generazione’s high-profile stunts to push for tougher action to tackle global warming have coincided with climate talks in Egypt.

The COP27 climate change conference is scheduled to finish on Friday, but it is expected to run into overtime as delegates from nearly 200 countries struggle to agree on a way forward.

For daily comprehensive coverage on COP27 in your inbox, sign up for the Reuters Sustainable Switch newsletter here 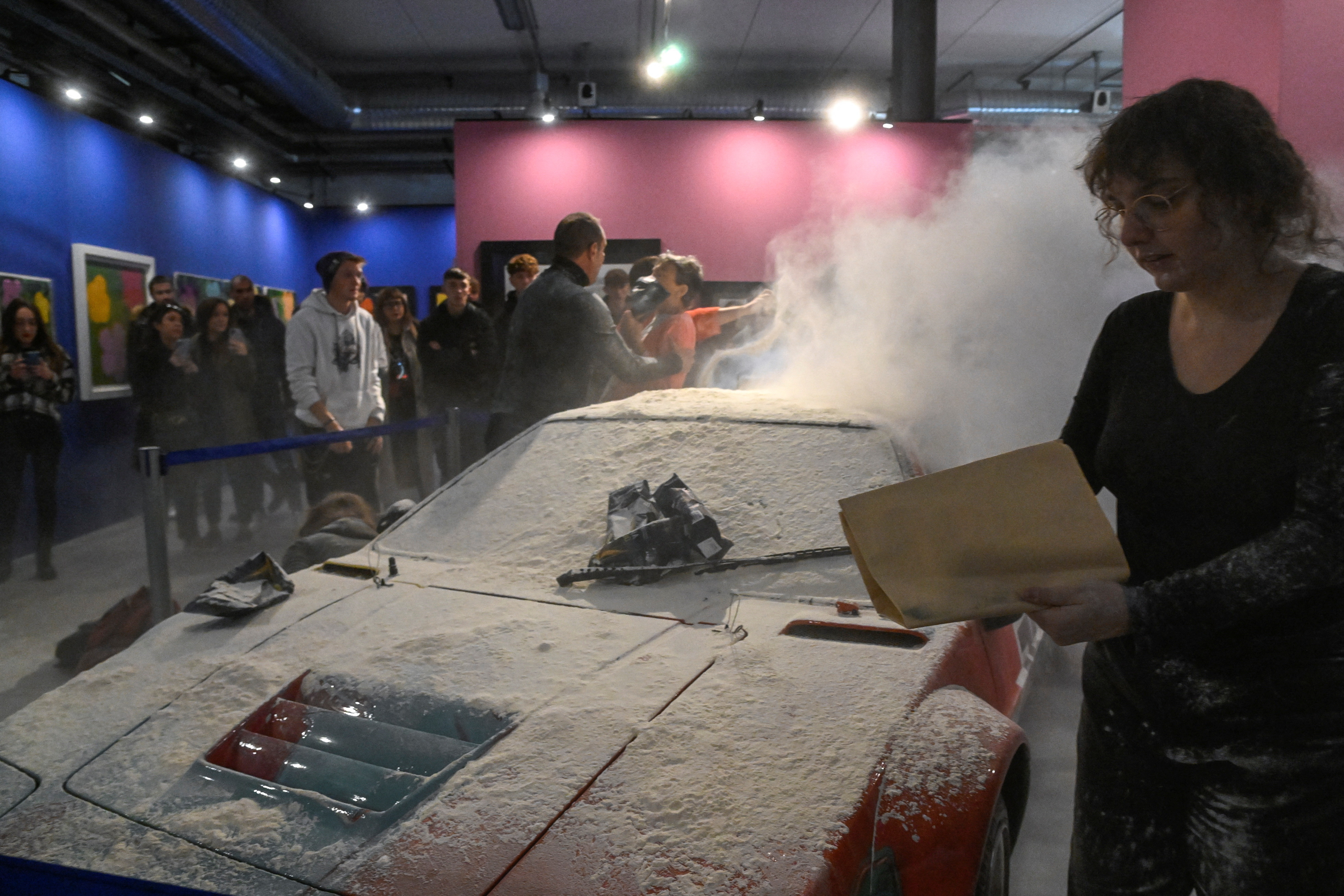 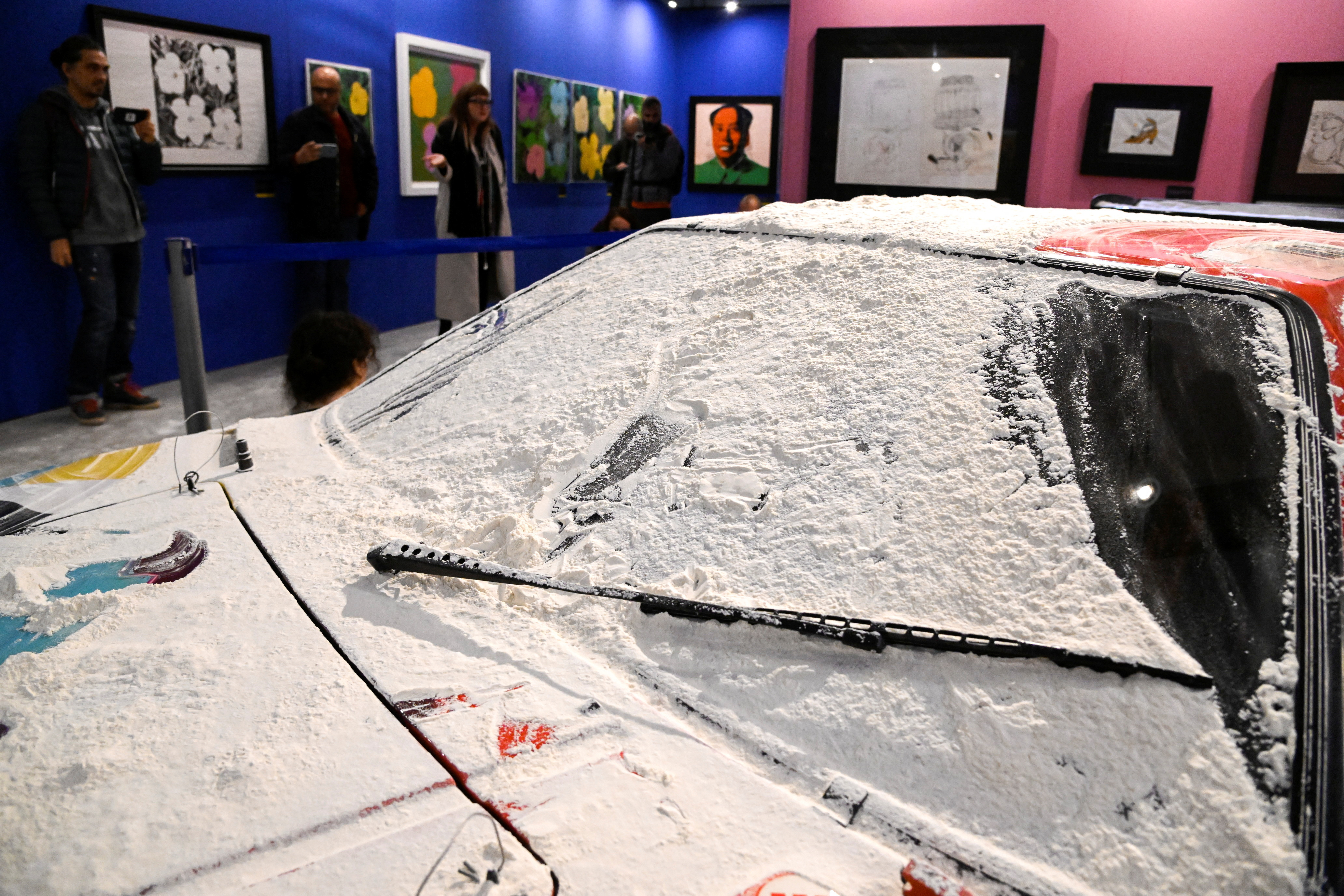 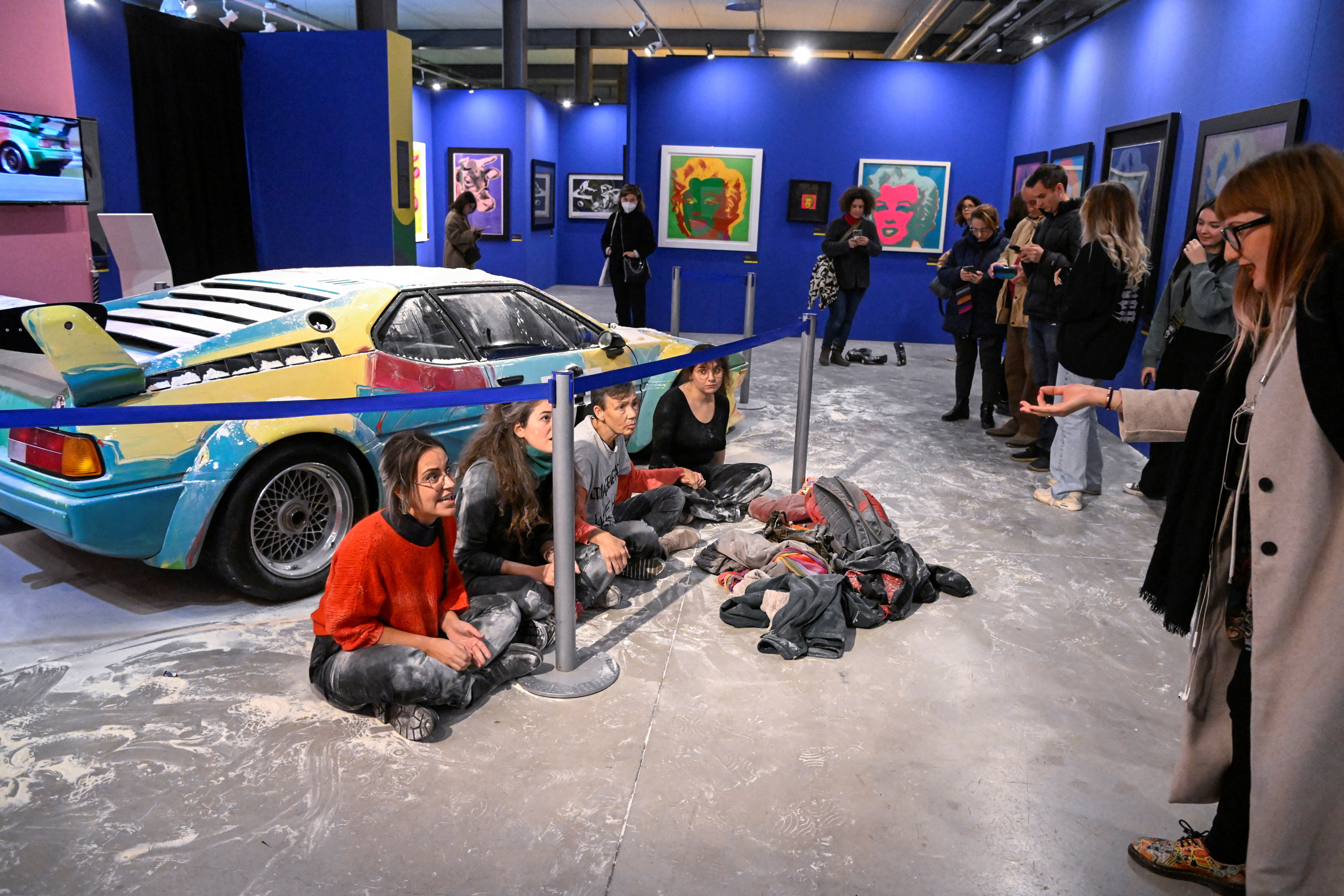