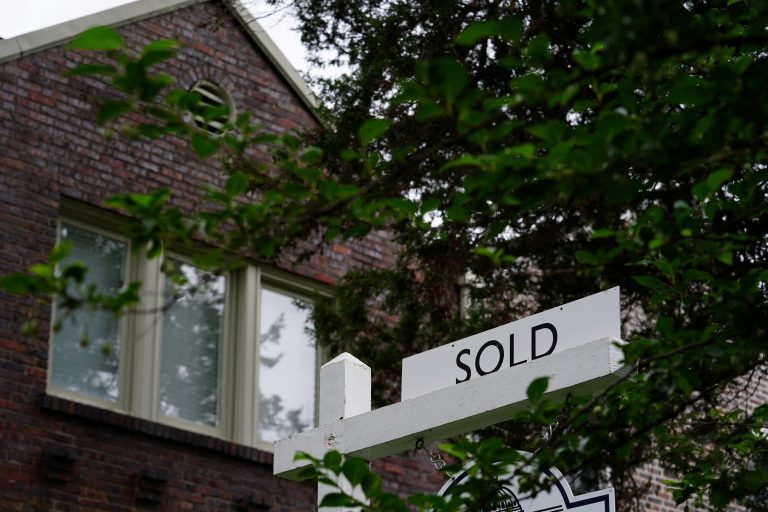 WASHINGTON (Reuters) – U.S. existing home sales tumbled for a record ninth straight month in October as the 30-year fixed mortgage rate hit a 20-year high and prices remained elevated, pushing homeownership out of the reach of many Americans.

Despite the broad decline in sales reported by the National Association of Realtors on Friday, housing supply remained tight, with considerably fewer homes coming on the market than in the prior year. The housing market has been the sector hardest hit by aggressive Federal Reserve interest rate hikes that are aimed at quelling high inflation by dampening demand in the economy.

Existing home sales dropped 5.9% to a seasonally adjusted annual rate of 4.43 million units last month. Outside the plunge during the initial phase of the COVID-19 pandemic in the spring of 2020, this was the lowest level since December 2011.

Economists polled by Reuters had forecast home sales would tumble to a rate of 4.38 million units.

House resales, which account for a big chunk of U.S. home sales, slumped 28.4% on a year-on-year basis in October. That was the largest drop since Feb 2008.

The report followed on the heels of news on Thursday that single-family homebuilding and permits for future construction tumbled to the lowest levels since May 2020. Housing inventory also declined.

The 30-year fixed mortgage rate breached 7% in October for the first time since 2002, according to data from mortgage finance agency Freddie Mac. The rate averaged 6.61% in the latest week. The U.S. central bank’s rate-hiking cycle is the fastest since the 1980s.

U.S. stocks were trading higher. The dollar was steady against a basket of currencies. U.S. Treasury prices fell.

The median existing house price increased 6.6% from a year earlier to $379,100 in October. That marked 128 straight months of year-over-year house price increases, the longest such streak on record. Though price growth has slowed from June’s peak, in line with normal trends, the NAR estimated that prices in October were considerably above their pre-pandemic level.

The realtors group also reported multiple offers continued in some areas and 24% of homes sold last month were above the asking price, reflecting the still-tight inventory environment. There were 1.22 million previously owned homes on the market, down 0.8% from both September and a year ago.

At October’s sales pace, it would take 3.3 months to exhaust the current inventory of existing homes, up from 2.4 months a year ago. That rise was mostly due to fewer buyers being in the market. A four-to-seven-month supply is viewed as a healthy balance between supply and demand.

First-time buyers accounted for 28% of purchases, down from 29% in September and a year ago. All-cash sales made up 26% of transactions, up from 24% a year ago.