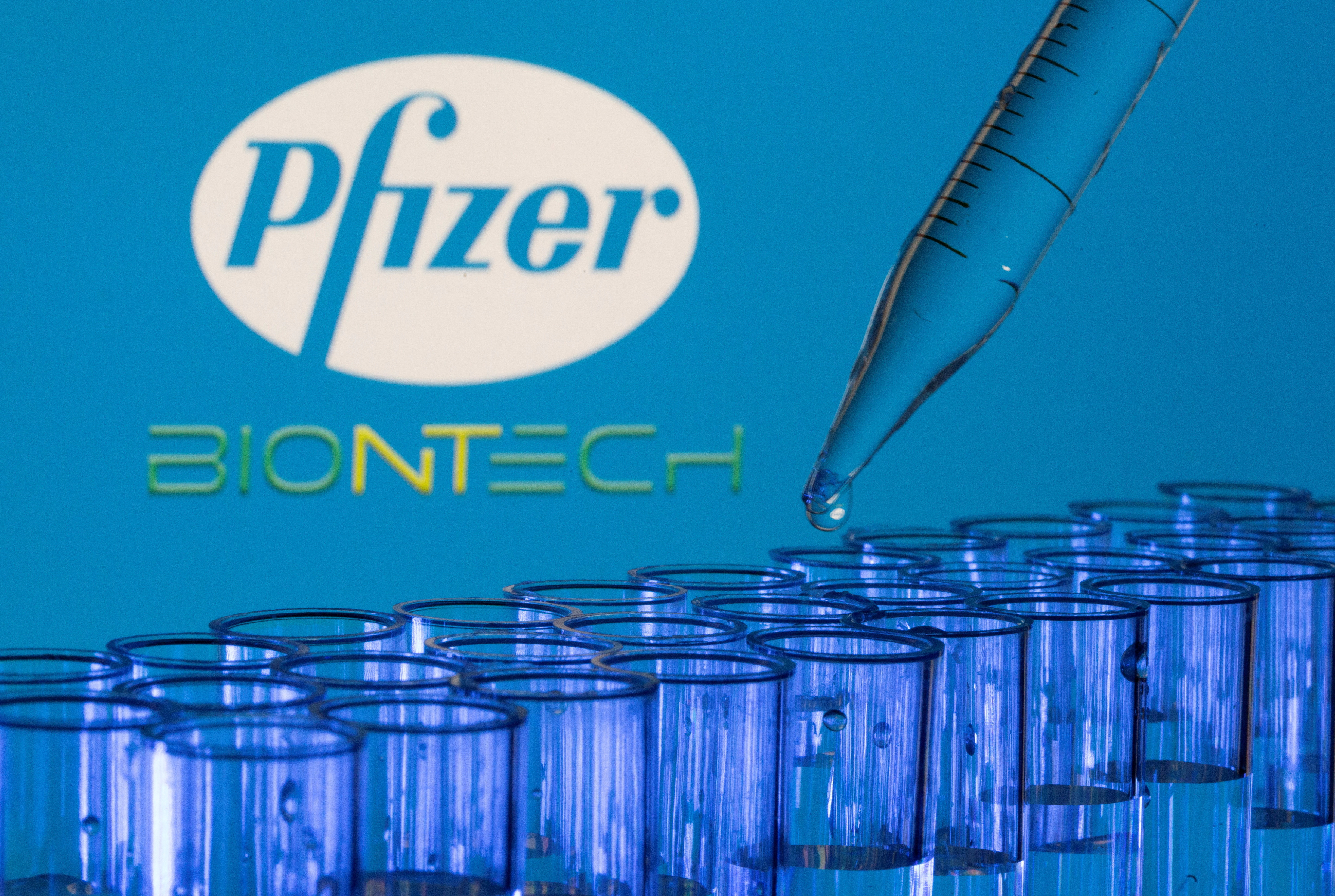 Test tubes are seen in front of displayed Pfizer and Biontech logos in this illustration taken, May 21, 2021. REUTERS/Dado Ruvic/Illustration/File Photo

Antibody levels against the variant rose nearly nine-fold in older adults, aged 55 and above, who received the Omicron shot compared to a roughly 2-fold increase in participants with the original shot, according to data posted on online archive bioRxiv.

The variant and related BQ.1 are gaining ground in the United States, and are expected to cause a rise in cases in the winter in Europe.

They contain genetic mutations that make it harder for the immune system to recognize and neutralize the virus, making them better at infecting people in spite of immunity from vaccinations and prior infections.

The BQ.1.1 variant, which is closely related to the BA.5 Omicron subvariant, was estimated to account for about 24.1% of the COVID-19 cases in the United States, as of Nov. 12.

The BA.5 variant is still the most prevalent, at an estimated 29.7% of all cases in the country.

The companies had recently released data that showed their Omicron-tailored shot produced a strong antibody response in older adults than the original shot after one month against the BA.4/5 subvariants.

Based on data from preclinical studies, Omicron-tailored shots made by Pfizer and rival Moderna Inc (MRNA.O) have already been approved in the United States for adults and for children as young as five years.