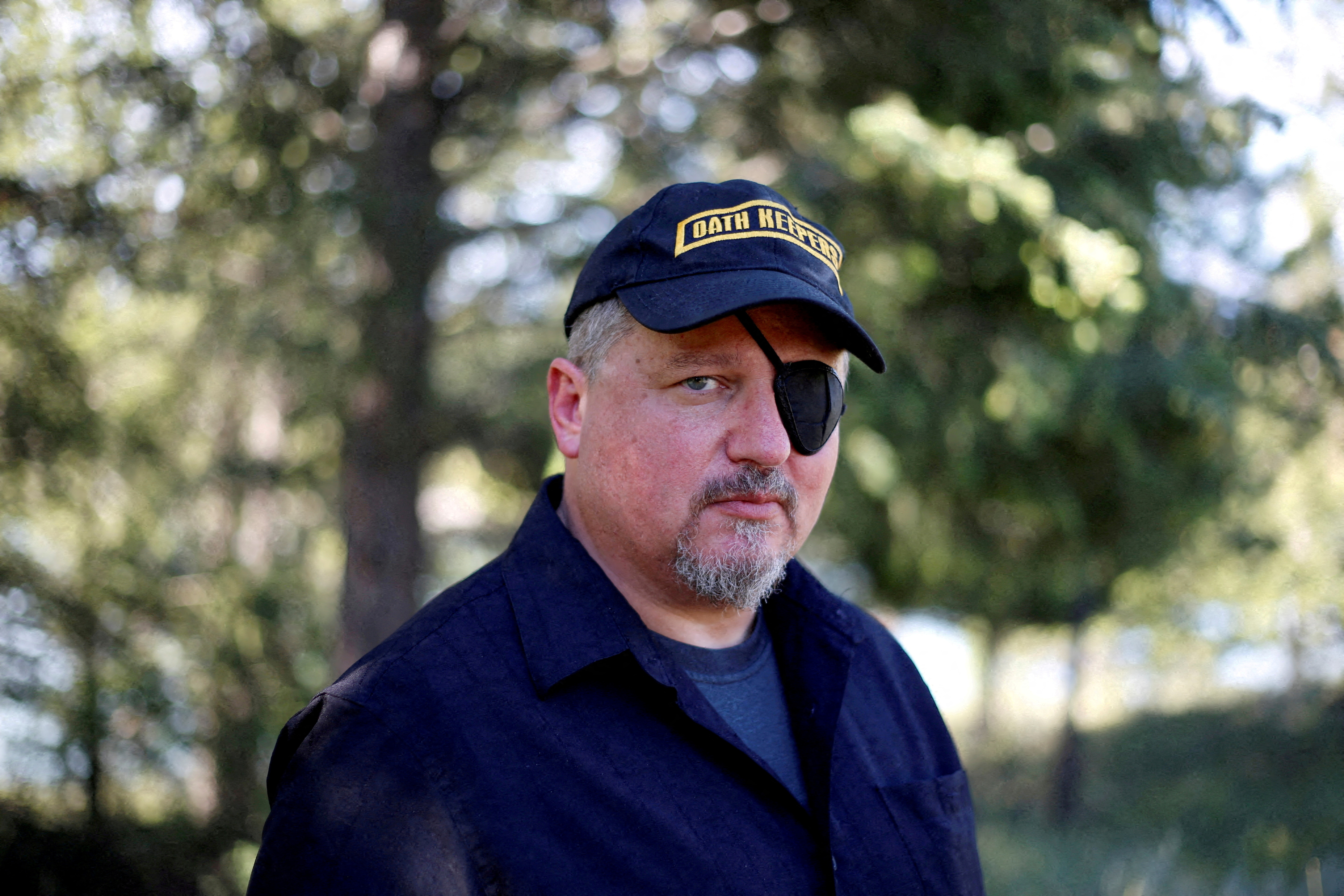 A federal prosecutor on Friday urged a Washington jury to convict far-right Oath Keepers founder Stewart Rhodes and four of his associates for plotting to use force on Jan. 6, 2021, to block Congress from certifying President Joe Biden’s election.

“There were lawful ways to deal with the election. There were protests. There were lawsuits,” Assistant U.S. Attorney Kathryn Rakoczy said in her closing statement. “But for these defendants, they felt that they were above the law. They knew better. They were the ones that were going to save the day.”

Capping an eight-week jury trial, Rakoczy wove together video clips from the Capitol riots, text messages, surveillance footage along with excerpts from the testimony of confessed co-conspirators and several of the defendants who took the stand in their own defense as she sought to convince the jury that the defendants’ inflammatory banter about the election was more than just bluster.

Rhodes and co-defendants Thomas Caldwell, Jessica Watkins, Kenneth Harrelson, and Kelly Meggs are charged with multiple felonies in connection with the Capitol assault, including seditious conspiracy, which carries a sentence of up to 20 years in prison.

In order to obtain a conviction of seditious conspiracy, prosecutors must prove beyond a reasonable doubt that two or more people plotted to use force to oppose the U.S. government.

The government asserts the Oath Keepers conspired to use force to keep Republican former President Donald Trump in power by stopping Congress from certifying Biden’s election victory, with defendants Meggs, Watkins and Harrelson entering the building clad in tactical gear.

Prosecutors also allege the Oath Keepers staged a “quick reaction force” in a nearby Virginia hotel, a plan which entailed stockpiling firearms that could be ferried across the river into the capital if needed.

More than 900 people have been charged in the Capitol attack, which led members of Congress to run for cover as thousands of Trump’s supporters stormed the building.