SHARM EL-SHEIKH, Egypt (Reuters) -Countries were considering a draft for a final COP27 climate deal on Saturday, with some negotiators saying they were close to a breakthrough in contentious efforts to compensate poor nations already burdened by costly climate impacts. 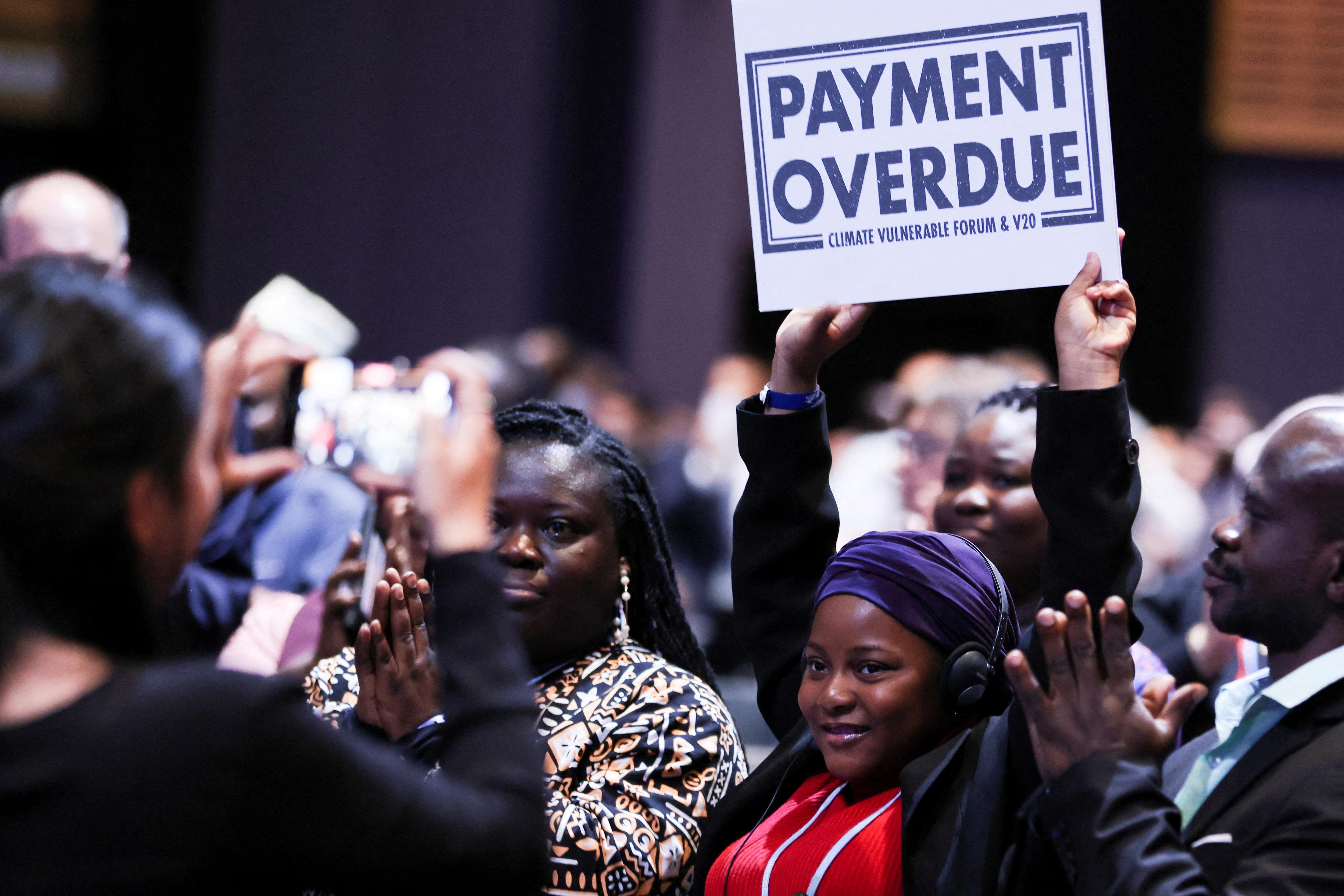 The U.N. climate agency released a new draft of the so-called cover decision on Saturday, but it was not immediately clear if all 197 governments at this year’s summit would back it.

Hours earlier, officials from the 27-country European Union said they were ready to walk away from the talks if the deal did not advance efforts to curb global warming by requiring that countries take more ambitious action in cutting greenhouse gas emissions.

“We’d rather have no decision than a bad decision,” EU climate policy chief Frans Timmermans said.

He expressed concern that some countries were resisting efforts to agree on bolder emissions cuts in this decade. He did not name the countries.

The outcome of the two-week conference, which was meant to end on Friday, is seen as a test of global resolve to fight climate change, even as a war in Europe and rampant consumer inflation distract international attention.

With countries still divided on a number of key topics on Saturday morning, Egypt’s COP27 President Sameh Shoukry urged delegates to “rise to the occasion” and unite around a final deal.

The latest draft is not the final one, as it contains a placeholder on funding arrangements for “loss and damage” – the money demanded by developing countries suffering damage from climate-linked events like floods, drought and sea-level rise.

But countries said they were near agreement for setting up such a fund, and the U.N. climate agency released a separate draft of that language that several negotiators said was broadly supported.

Kunal Satyarthi, a negotiator for India, said he thought the loss and damage deal would “certainly” pass, and thanked other countries for their flexibility.

Norway’s climate minister, Espen Barth Eide, meanwhile, said his country was happy with the agreement to create a loss and damage fund.

Barbados negotiator Avinash Persaud called it a “small victory for humankind” that had resulted from leadership by small island nations and solidarity from the rest of the world.

“Now we need to redouble efforts behind an energy, transport and agriculture transition that will limit these climate losses and damages in the future,” said Persaud.

The idea of a loss and damage fund has been discussed for decades, but had never before made the official agenda at a climate summit as rich nations worried it could open them up to liability for their historic contribution to emissions.

The EU had boosted the discussions earlier in the week by offering to support setting up a new loss and damage fund, but only provided that large polluters including China pay into it and countries also ramp up efforts to cut emissions.

It was not yet clear if the EU’s conditions would be met.

Complicating matters, U.S. Special Climate Envoy John Kerry – a powerful force in climate diplomacy – tested positive for COVID-19 after days of bilateral in-person meetings with counterparts from China and the EU to Brazil and the United Arab Emirates.

In line with earlier iterations, the draft did not contain a reference requested by India and some other delegations to phasing down use of “all fossil fuels”. It instead asked countries to phase down coal only, as agreed under last year’s Glasgow Climate Pact.

In an attempt to close the yawning gap between current climate pledges and the far deeper cuts needed to avert disastrous climate change, the draft also requested that countries which have not yet done so upgrade their 2030 emissions cutting targets by the end of 2023.

Some campaigners said the draft offered some positive elements, but was still wanting in ambition.

“It reiterates much of what’s in Glasgow,” including the language around phasing down use of coal, the most polluting fossil fuel, said David Waskow, the international climate director for the World Resources Institute.

But the possible breakthrough on loss and damage was significant, and “I don’t think that should be lost in the mix,” he said.

For daily comprehensive coverage on COP27 in your inbox, sign up for the Reuters Sustainable Switch newsletter here.