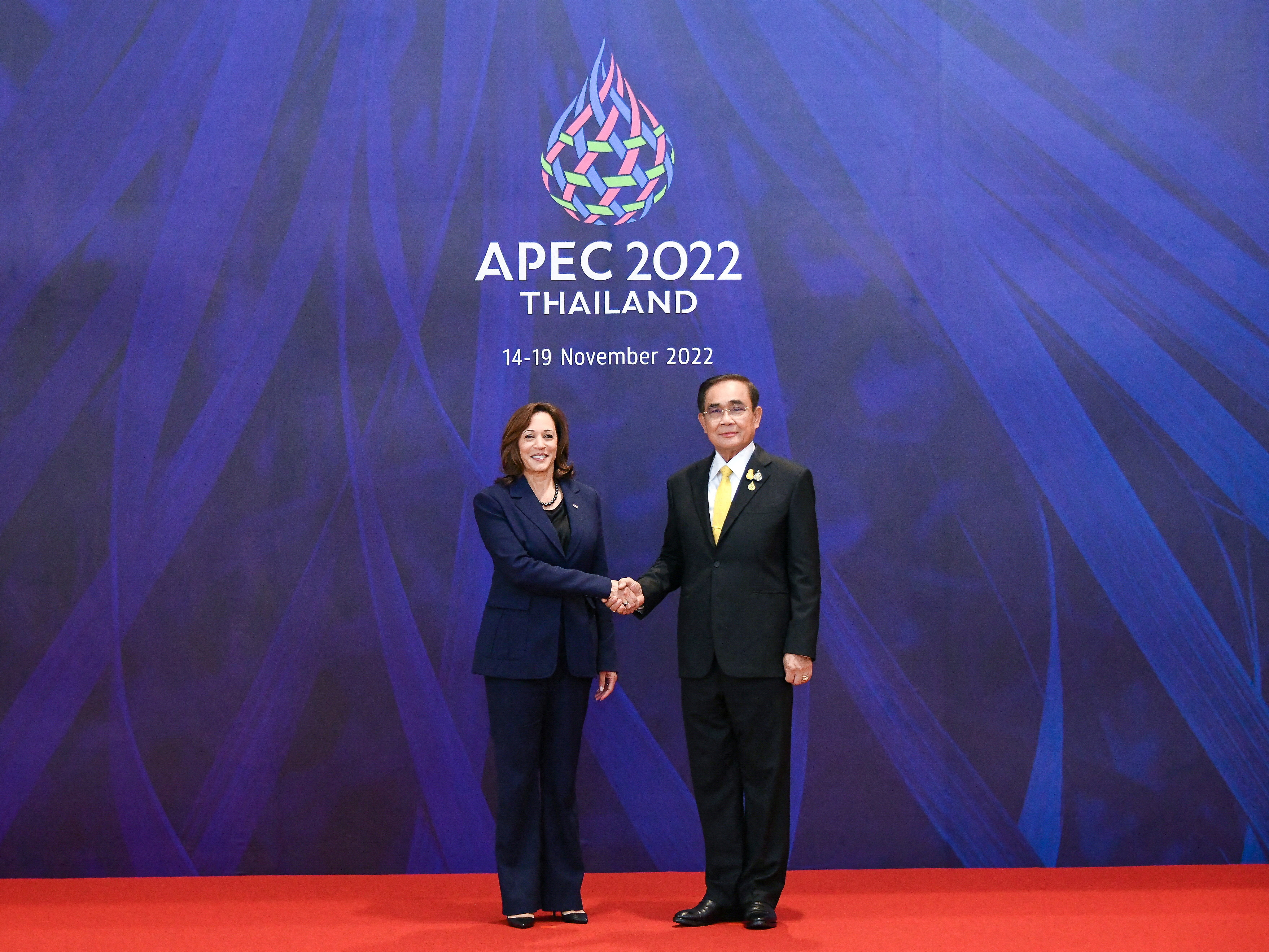 The U.S. city of San Francisco will host the leaders’ meeting of the Asia-Pacific Economic Cooperation (APEC) forum next year, Vice President Kamala Harris said, as the 2022 summit drew to a close in Bangkok on Saturday.

Thailand’s Prime Minister Prayuth Chan-ocha, who is this week’s host, handed over the chair of APEC to the United States for 2023, signalling the forum’s end for this year.

“I’m happy to hand over the chairmanship to U.S. We are ready to conduct a seamless cooperation with them,” he said, handing to Harris a “chalom”, a woven bamboo basket used to carry goods and gifts in Thailand.

“Our host year will demonstrate the enduring economic commitment of the United States to the Indo-Pacific,” Harris said in a statement released by the White House.

Harris is from Oakland, across the bay from San Francisco, and previously served as a U.S. senator for California and as attorney general for the state.

Harris, who is heading the U.S. delegation at the summit talks in Bangkok, said: “We are working to strengthen our economic relationships throughout the region, including by increasing two-way trade flows and the free flow of capital, which supports millions of American jobs.”

The meeting in the California city will take place in the week of Nov. 12 next year, the U.S. statement said.

In a separate statement, APEC leaders said the group welcomed an offer by Peru to host the bloc in 2024 and by South Korea to host it in 2025.

Set up to promote economic integration, APEC’s 21 members account for 38% of the global population, and 62% of gross domestic product and 48% of trade.