Snowfall of more than 6 feet in western New York state prompted local officials on Saturday to further restrict road travel and forced airlines to cancel flights in the Buffalo area, just ahead of the busy Thanksgiving holiday week.

New York Governor Kathy Hochul called in the National Guard, deploying about 70 members to help with snow removal in the hardest-hit parts of Erie County.

Erie County, which has felt the brunt of the snowfall, recorded totals of 77 inches in Orchard Park, N.Y., the site of the NFL’s Buffalo Bills home field.

Squalls began blowing in from Lake Erie and Lake Ontario on Thursday to produce the region’s first major snowstorm of the season, more than a month before the start of winter.

According to the National Weather Service, conditions could persist through Monday morning.

Nearly three feet of snow had fallen at Buffalo Niagara International Airport, where many flights were canceled on Saturday. Buffalo, the second-largest city in New York, was placed back under a travel ban on Saturday morning.

“This has been a very unpredictable storm with the snow bands moving, back and forth, north to south,” Buffalo Mayor Byron Brown told CNN. “The snow has come down very fast, very wet, very heavy.”

The U.S. National Weather Service forecasts lake-effect snow will dump up to 14 inches in the counties of Chautaqua and Cattaraugus Saturday night through Sunday. Snow bands are forecast to bring up to 2 feet of snow in Oswego and Lewis counties beginning Sunday morning.

After a northward shift that will impact the Niagara County, the Buffalo area should brace for more snowfall late Saturday, according to Erie County Department of Homeland Security and Emergency Services Commissioner Daniel Neaverth.

“It’s going to eventually swing back down through the county sweeping all the way back through,” he said. 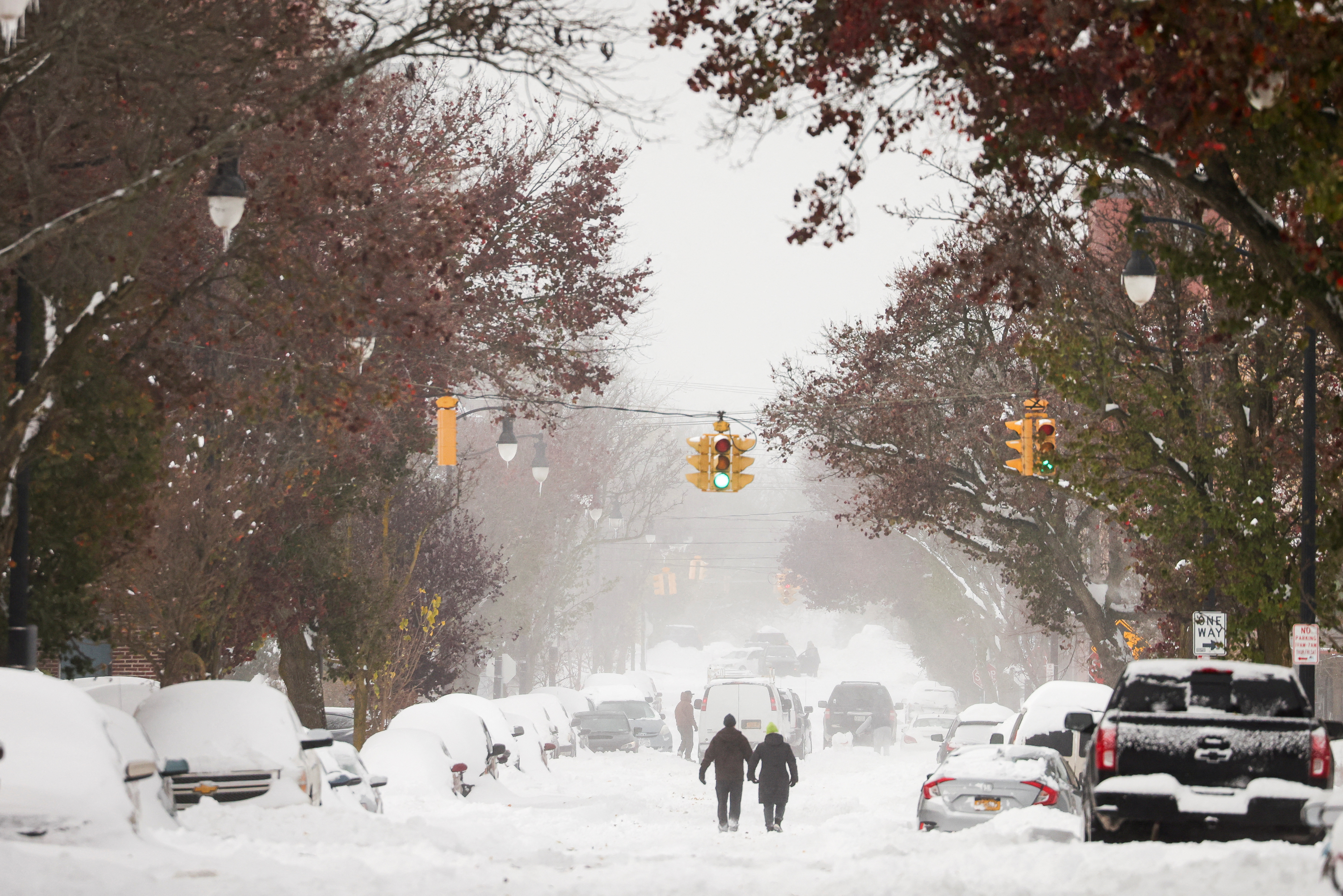 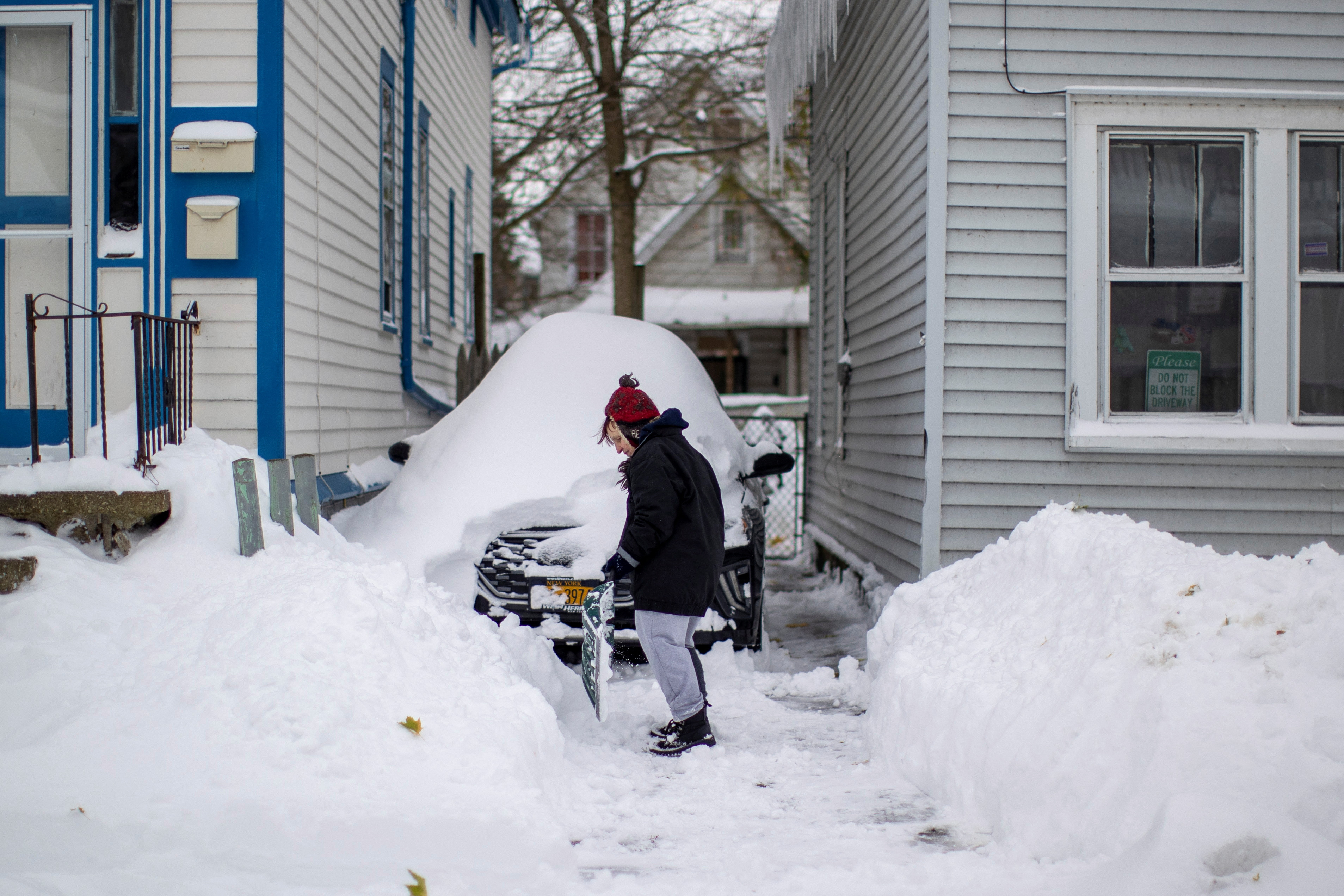 A woman digs out her daughters car during a snow storm hitting the Buffalo area in Buffalo, New York, U.S. November 19, 2022 REUTERS/Carlos Osorio 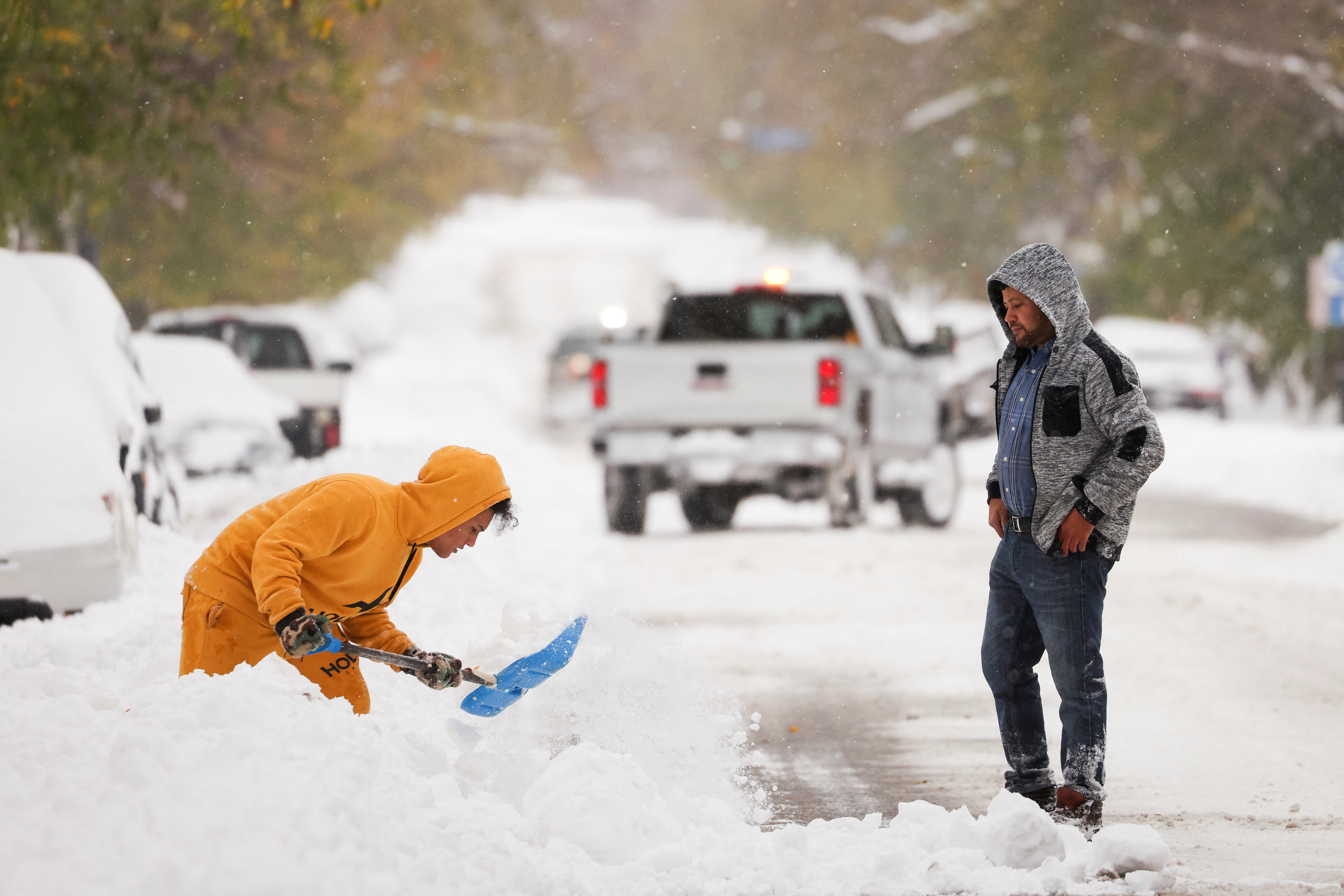 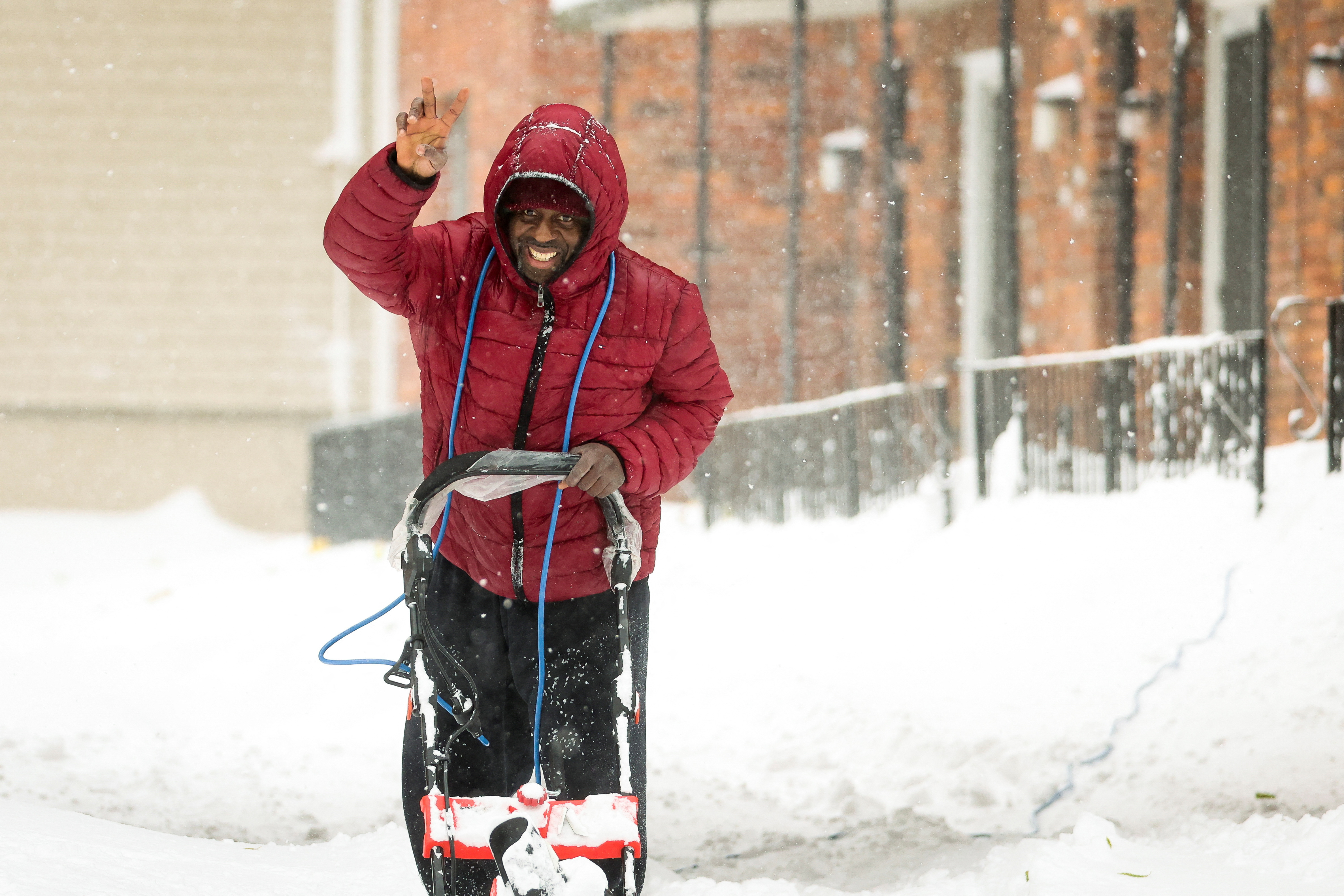 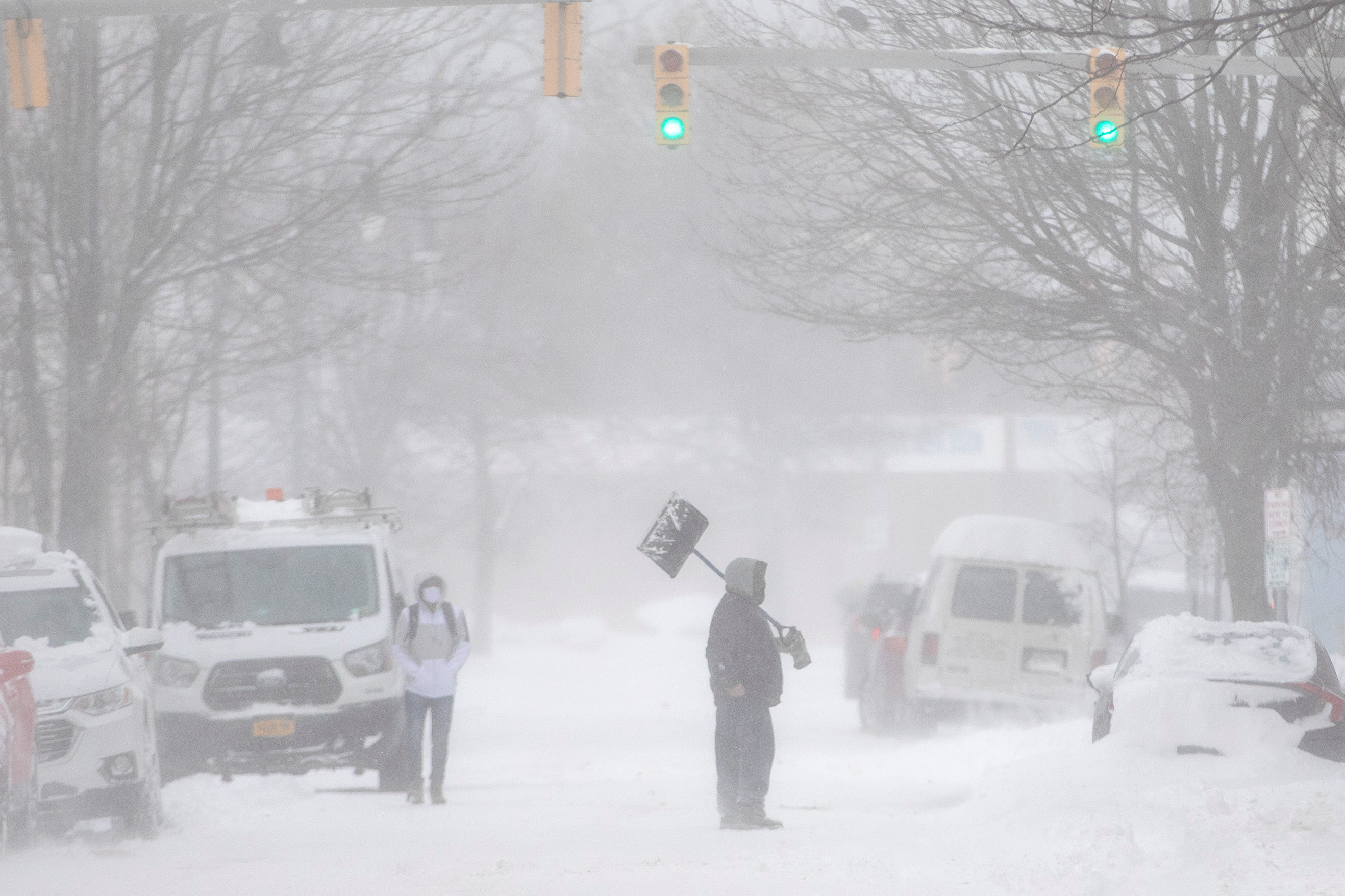 A person carrying a shovel walks in the middle of a street during a snow storm hitting the Buffalo area in Buffalo, New York, U.S. November 19, 2022 REUTERS/Carlos Osorio
Advertisements
Advertisements