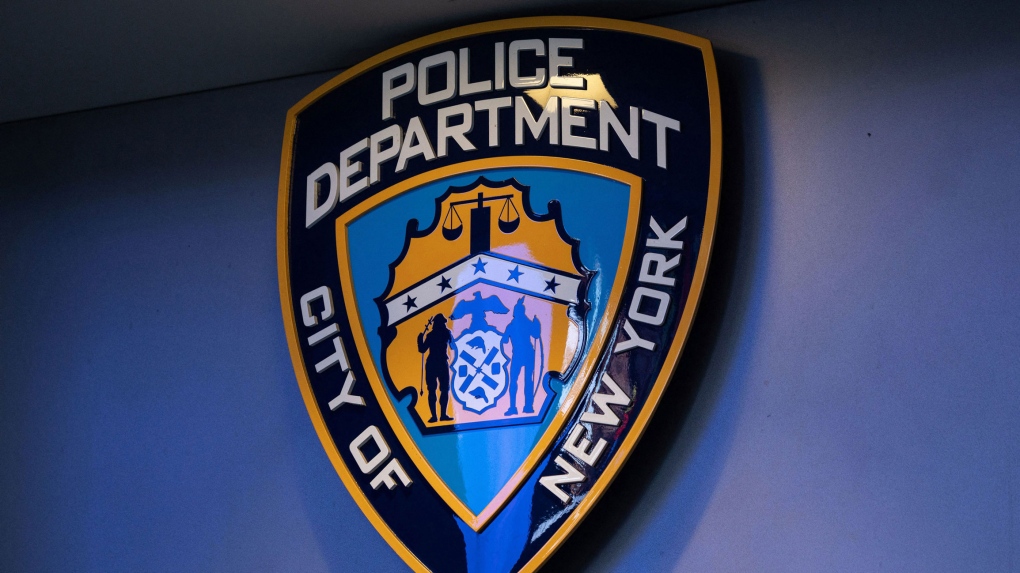 Two men have been arrested and charged in connection with online threats to attack a New York City synagogue, multiple law enforcement sources have told CNN.

New York Police Commissioner Keechant Sewell announced the arrests in a statement Saturday. Investigators from the FBI/NYPD Joint Terrorism Task Force and the NYPD Counterterrorism and Intelligence Bureau, in collaboration with law enforcement partners, uncovered what she called “a developing threat to the Jewish community” on Friday.

Authorities “moved swiftly to gather information, identify those behind it, and operationally neutralize their ability to do harm,’ Sewell said.

It is not yet clear if either of the men have legal representation.

Officers from the Metropolitan Transportation Authority (MTA) arrested Brown and Mahrer as they were entering Penn Station in Manhattan early Saturday, according to Sewell. The officers also seized “a large hunting knife, an illegal Glock 17 firearm and 30-round magazine, and several other items,” the commissioner said.

After apprehending them, the two men “were turned over to the NYPD and FBI,” the MTA said in a statement.

Law enforcement sources told CNN the threats began appearing on a Twitter account on November 12 and were traced late Friday to a computer at a veterinary clinic where one of the suspects worked.

The threats allegedly included references to attacking a synagogue: “Gonna ask a priest if I should become a husband or shoot up a synagogue and die,” one post allegedly read.

Sources said one of the messages contained a reference to “big moves being made on Friday.” That message cited a time of 11:30 p.m., but gave no specific target.

After being alerted to the online messages, FBI agents from the Joint Terrorism Task Force and detectives from the NYPD’s intelligence bureau began what was a source described as “frantic efforts” to identify and locate the suspects.

CNN has reached out to the NYPD and FBI for official comment.

Law enforcement sources told CNN that by late Friday, authorities had zeroed in on two individuals. It is not clear if either of those arrested have legal representation.

Sources said authorities issued a so-called “Be on the Lookout” — or “bolo” — alert to the phones of thousands of police officers in New York City with a picture and a description of one of those being sought. MTA police were notified that the individuals may be traveling back-and-forth from Long Island to New York City or Pennsylvania, according to the sources.

Investigators were able to identify an address on 94th Street on Manhattan’s west side associated with a suspect’s friend, the sources said. When police and the FBI arrived there, they learned the two suspects had been there and dropped off a backpack, and were on their way to Penn Station, according to the sources.

Sources said the backpack was recovered with a Glock semi-automatic firearm, a ghost gun with an extended 30 round magazine and laser sight. When the two suspects were spotted by MTA Police at Penn Station they were taken into custody, the sources added.

Investigators told CNN there is a strong belief among law enforcement that an imminent attack may have been prevented.

Sources said that belief is attributed to the fact one suspect had made a number of threatening posts; obtained a semi-automatic weapon; and had a Nazi armband; a large knife; and a black ski mask.

“Today, we’re extremely grateful to NYPD investigators and our law enforcement partners who uncovered and stopped a threat to our Jewish community,” Sewell tweeted. “This morning’s arrests in Penn Station and weapon seizures are proof of their vigilance & collaboration that keeps New Yorkers safe.”

This latest threat of violence against synagogues comes more than a week after a New Jersey man was arrested after being accused of making threats to attack a synagogue and Jewish people.

New York state leads the nation in anti-Semitic incidents, with at least 416 reported in 2021, including at least 51 assaults — the highest number ever recorded by the Anti-Defamation League in New York. There were 12 assaults reported in 2020, the ADL said in an audit last week.

A total of 2,717 antisemitic incidents were reported last year across the nation — a 34 per cent increase compared to 2,026 in 2020, according to the ADL.

The ADL has been tracking such incidents since 1979 — and its previous reports have found that antisemitism in America has been on the rise for years.

The U.S. assaults last year included that of a Jewish man in New York who was beaten and kicked while antisemitic slurs were hurled at him. He was on his way to a pro-Israel demonstration in Times Square.