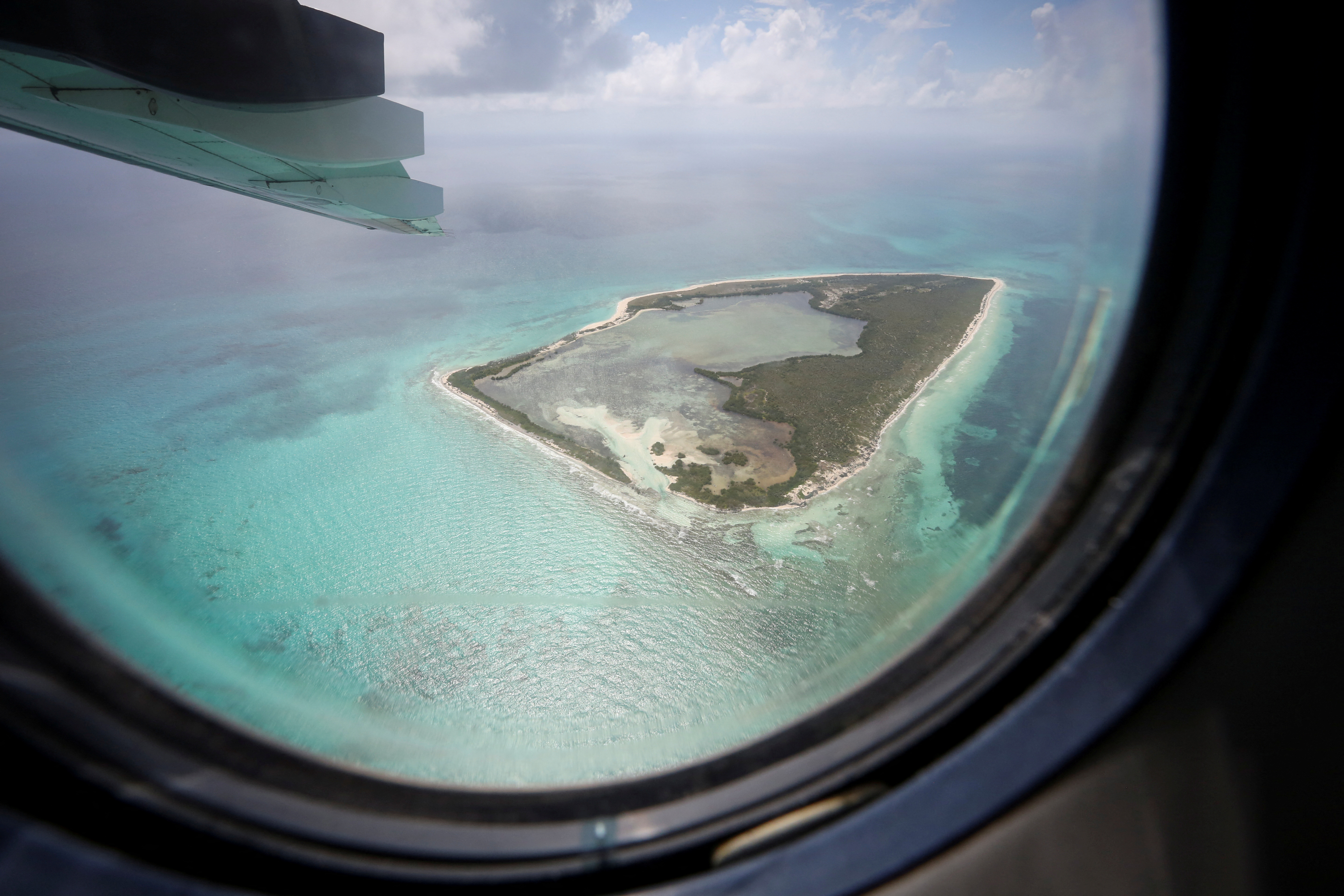 Cay Sal is seen from a window of an HC-144 Ocean Sentry aircraft during a U.S. Coast Guard vessel patrol mission, in the Florida Straits, July 17, 2021. REUTERS/Marco Bello/File Photo

The U.S. Coast Guard on Sunday said it has recovered the body of one person after a vessel carrying Cuban migrants capsized off Florida’s Little Torch Key, adding it rescued nine people and was searching for five others.

Survivors told rescuers a total of 19 people were originally on the homemade vessel and that four people drowned immediately after it capsized, Coast Guard spokesperson Nicole Groll said.

Rough seas and winds of 30 miles per hour made an already dangerous voyage more perilous, she said.

“These vessels are too rustic, they’re not going to survive this,” Groll said, adding that some of the migrants were wearing life jackets, which helped ensure they could be rescued.

A severe economic downturn in Cuba has driven a massive spike in migration from the Caribbean island. Some migrants attempt to reach Florida on rickety vessels, though most fly to Central America or Mexico and reach the U.S. border by land.

A record 220,000 Cubans were stopped at the U.S.-Mexico border in fiscal year 2022, which ended on Sept. 30, shattering previous records. The vast majority were allowed into the United States to pursue immigration cases.

Earlier this month, a senior Cuban diplomat said Cuba and the United States were making progress in talks aimed at curbing the migration crisis. The discussions that began in April are the first such conversations on migration in four years after a hiatus under former President Donald Trump.