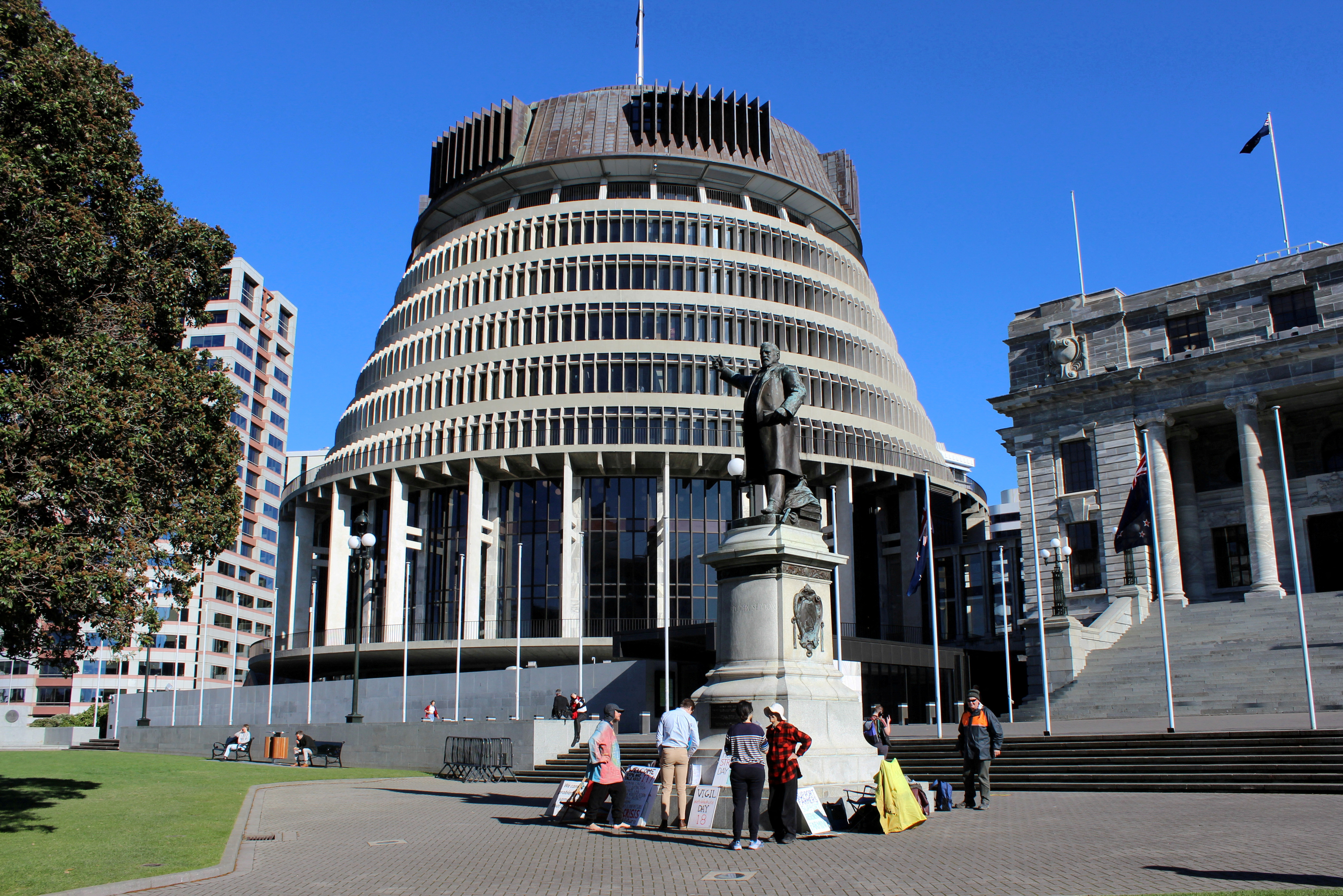 People stand outside the executive wing of the New Zealand Parliament complex, popularly known as “Beehive” because of the building’s shape, in Wellington, New Zealand July 23, 2020. REUTERS/Praveen Menon

New Zealand’s highest court ruled on Monday that the country’s current voting age of 18 was discriminatory, forcing parliament to discuss whether it should be lowered.

The case, which has been going through the courts since 2020, was bought by advocacy group Make It 16, which wants the age lowered to include 16 and 17 year olds.

The Supreme Court found that the current voting age of 18 was inconsistent with the country’s Bill of Rights, which gives people a right to be free from age discrimination when they have reached 16.

The decision triggers a process in which the issue must come before parliament for discussion and be reviewed by a parliamentary select committee. But it does not force parliament to change the voting age.

“This is history,” said Make It 16 co-director Caeden Tipler, adding: “The government and parliament cannot ignore such a clear legal and moral message. They must let us vote.”

The group says on its website there is insufficient justification to stop 16 year olds from voting when they can drive, work full time and pay tax.

Political parties in New Zealand have mixed views on the subject. The Green Party wants immediate action to lower the voting age to 16, but largest opposition party, the National party, does not support the shift.

“Obviously, we’ve got to draw a line somewhere,” said National party leader Christopher Luxon. “We’re comfortable with the line being 18. Lots of different countries have different places where the line’s drawn and from our point of view, 18’s just fine.”

The Labour government has not publicly commented on the decision.