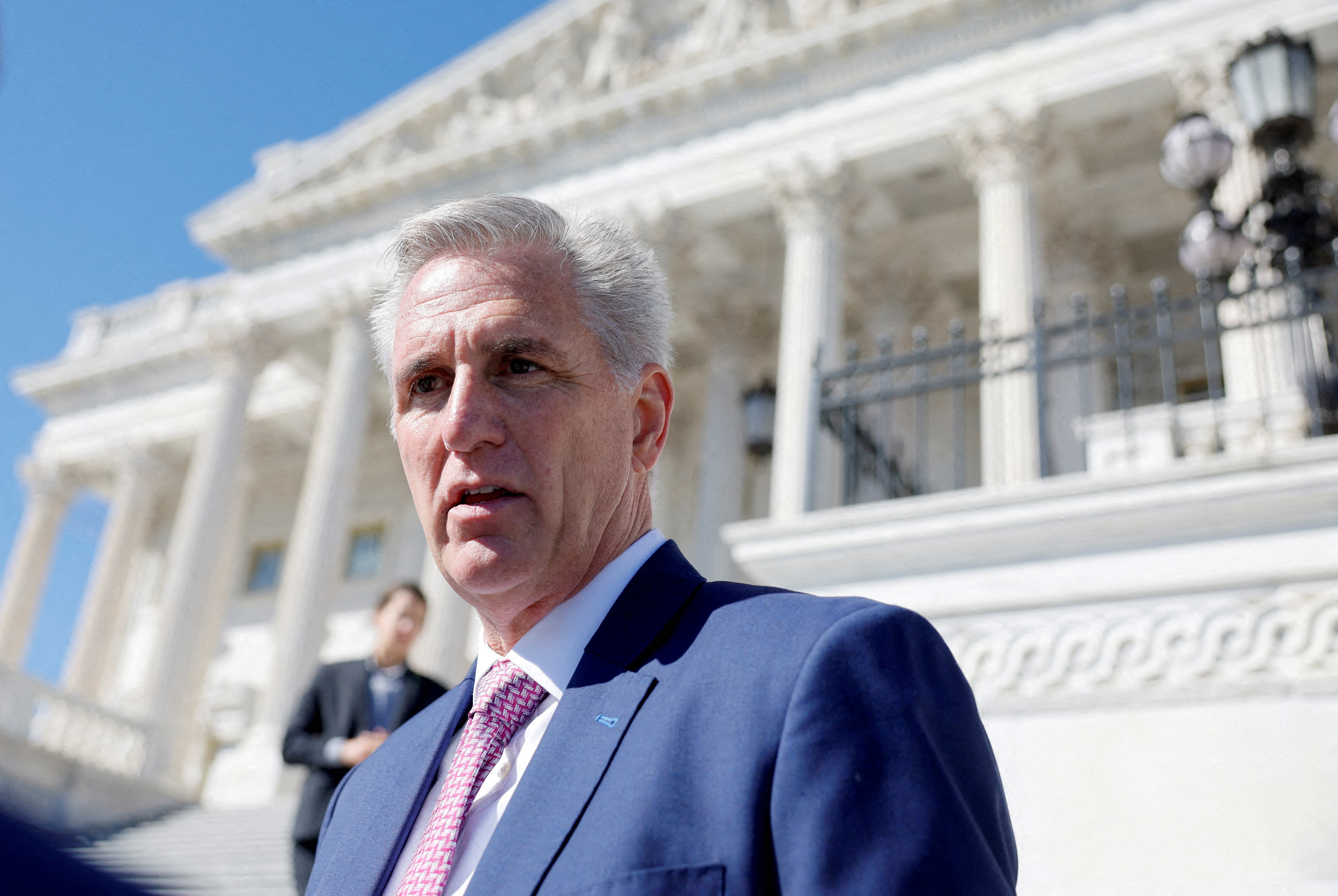 Kevin McCarthy, the Republican leader in the U.S. House of Representatives, said on Sunday he would form a select committee on China if he is elected speaker of the chamber, accusing the Biden administration of not standing up to Beijing.

“China is the No. 1 country when it comes to intellectual property theft,” he told Fox News in an interview.

“We will put a stop to this and no longer allow the administration to sit back and let China do what they are doing to America.”

McCarthy also said he would keep his promise to oust a number of Democrats from key House committees, including Representative Adam Schiff, the chairman of the intelligence committee.

McCarthy is vying to become speaker after his party won a narrow House majority in the midterm elections this month, although he will need to secure enough votes to be formally elected when the new Congress takes office in January.

A source, speaking on condition of anonymity, told Reuters that McCarthy prevailed in Republican House leadership elections on Tuesday, overcoming a challenge from hard-line conservative Representative Andy Biggs in a 188-31 vote by the caucus.

McCarthy also told Fox News his party would “stop these police stations in America,” after FBI Director Christopher Wray told lawmakers on Thursday the United States was concerned about the Chinese government setting up unauthorized stations in U.S. cities.

The report said the stations were part of Beijing’s efforts to pressure Chinese nationals to return to China to face criminal charges as well as spread the Chinese Communist Party’s influence and propaganda overseas.

China’s Embassy in Washington acknowledged the existence of volunteer-run sites in the United States, but said they were not “police stations.”

The sites “assist Chinese nationals who need help in accessing the online service platform to get their driving licenses renewed and receive physical check-ups for that purpose,” an embassy official told Reuters.