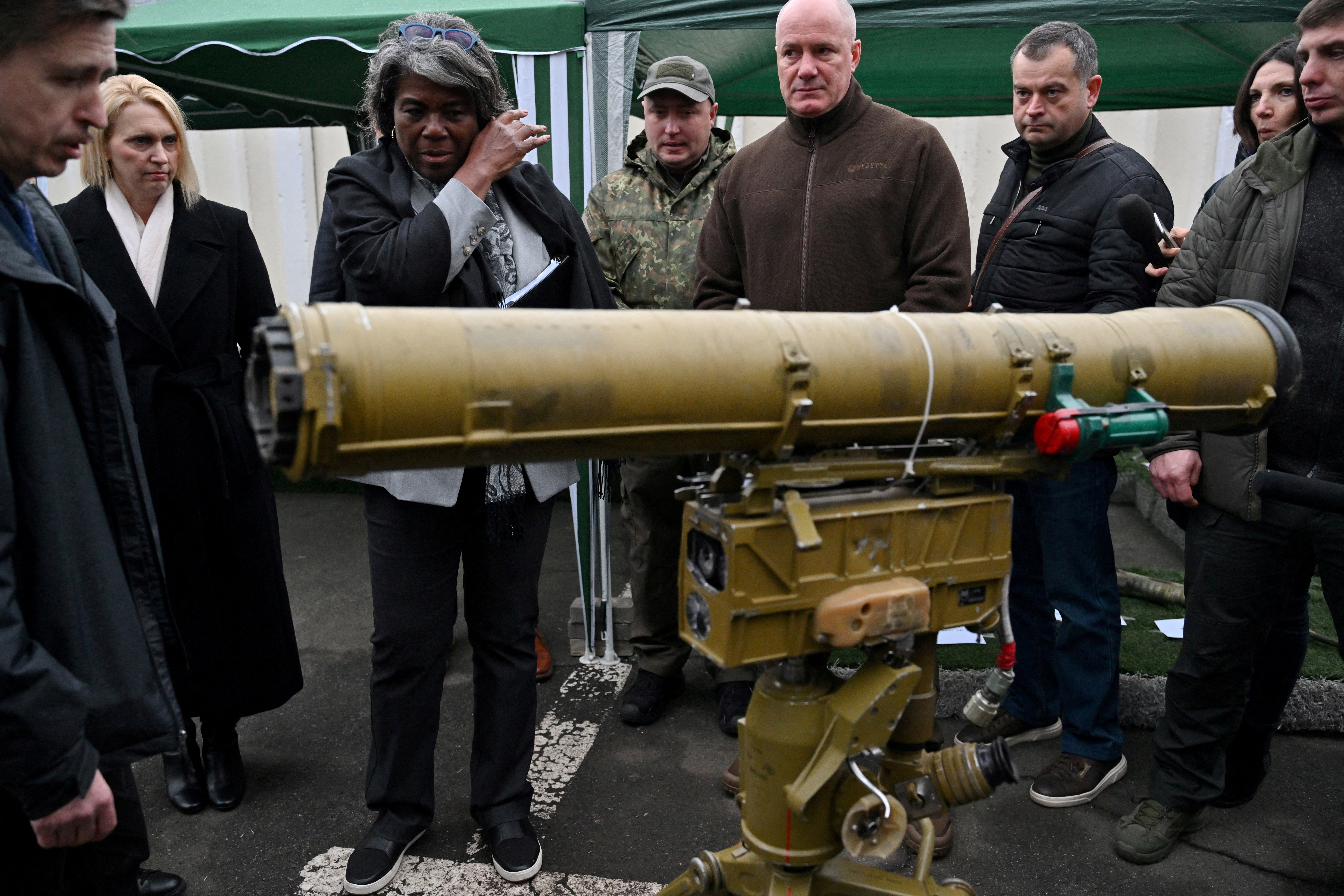 U.S. Ambassador to the United Nations Linda Thomas-Greenfield (3rdL) examines explosive ammunition and weapons as she visits the Forensic Center of the Ukrainian Ministry of Internal Affairs In Kyiv, on November 8, 2022. Sergei SUPINSKY/Pool via REUTERS/File Photo

The U.S. Army is accelerating its weapons acquisition process to speed through a backlog of contracts needed to replenish U.S. stocks of weapons depleted by arms shipments to Ukraine, a U.S. official said on Monday.

Doug Bush, the chief weapons buyer for the Army, told reporters the accelerated contracting effort hinges on running processes simultaneously that used to be run in succession and is based on lessons learned from the coronavirus pandemic.

Ukraine has relied heavily on the Unites States for weapons, with Washington sending about $17.9 billion worth of arms since Moscow launched its invasion of the country on February 24.

According to recent Pentagon contracting data, $2.6 billion worth of contracts have been awarded to replace weapons rushed to Ukraine since the Washington began using a special Presidential Drawdown Authority, (PDA) which allows quick weapons transfers without congressional approval in response to an emergency.

The United States awarded about $1 billion in contracts to weapons makers since the second half of October, mostly for ammunition and rockets, suggesting the pace of contract decision making is picking up.

A $477 million contract for Lockheed Martin Corp (LMT.N) was one of those awarded.

The Army got its first tranche of funds to replace weapons sent to Ukraine on May 3, and subsequently a tranche every few weeks, Bush said. Each tranche has ranged from few hundred million to nearly a billion, he said, and the rate of receiving funds has a high correlation to new contract awards for replacement weapons.